But many who saw it over the weekend thought it was real and were so “freaked out” they had to Google it to double check. 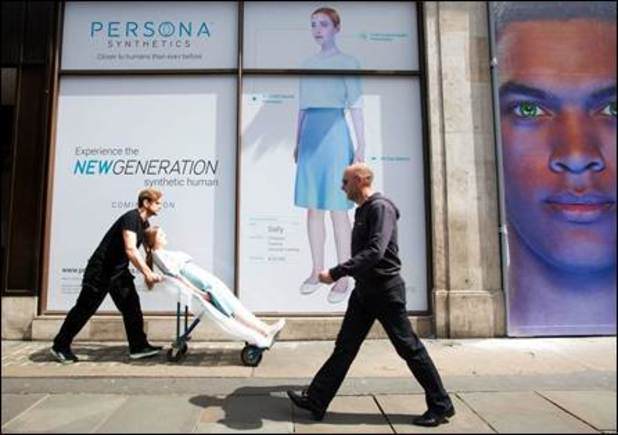 Reinforced by a disconcerting TV ad, the campaign went berserk on Twitter.

As well as a fake website for the brand, the pop up shop saw two interactive screens installed that showcased the ‘Synth’ models which use Microsoft Kinect technology to track and interact with their audience. 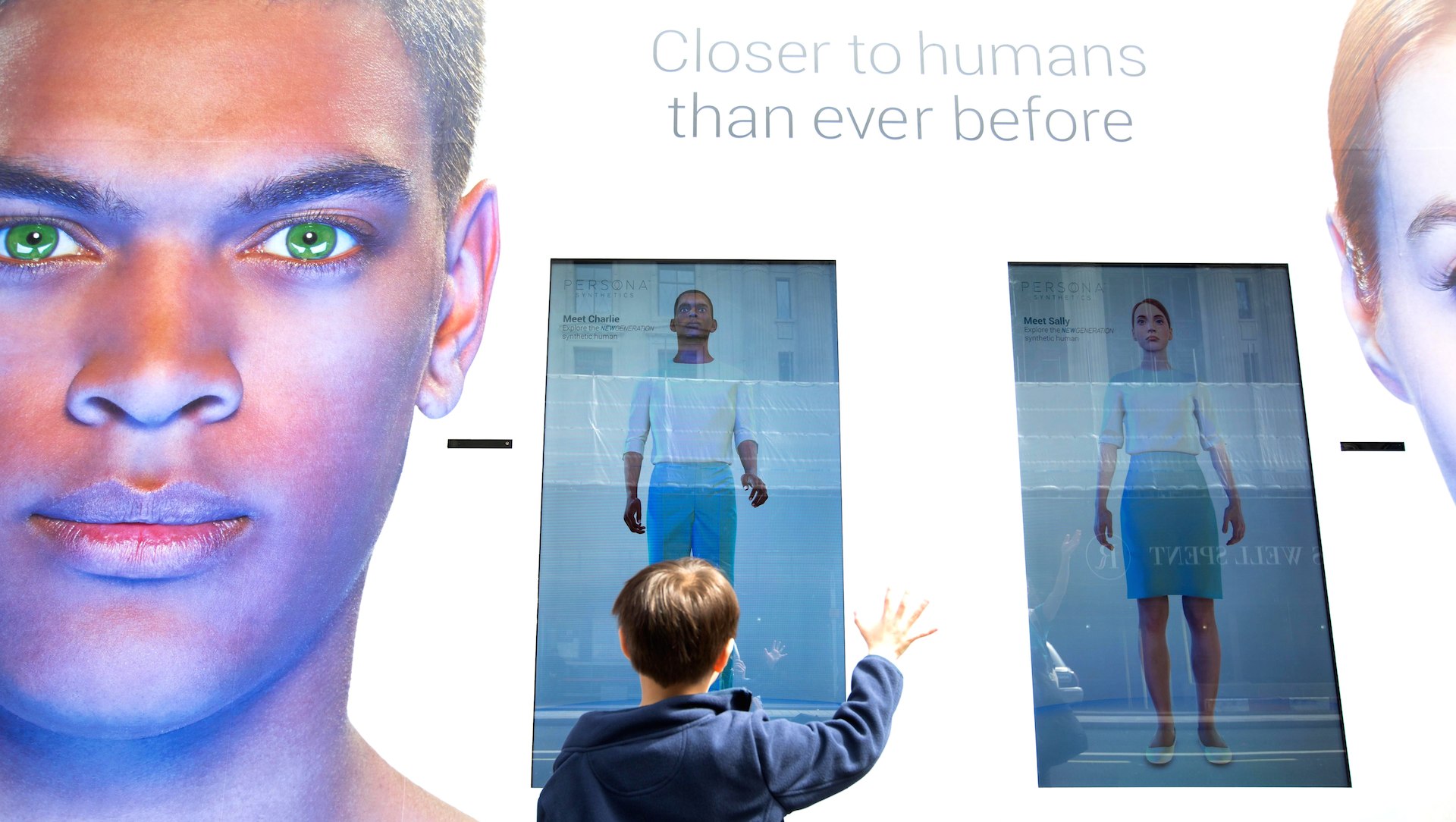 “The technology can sense up to six people at a time, tracking even the smallest details of their facial expressions.”

So far so creepy.

Today it was revealed that that launch of the Persona Synthetics store and brand were part of a marketing campaign to promote upcoming ambitious drama Humans set to air on Channel 4 this summer.

James Walker, Channel 4’s head of marketing, said: “The world of Humans is perhaps closer than we think. This campaign seeks to engage viewers in a mischievous way with the questions the series raises about artificial intelligence; How will AI affect our relationship with technology and each other? Would you buy a Synth to be a part of your family?”