THE FACE OF MODERN TECHNOLOGY.

Samsung have teamed up with the acclaimed Tokyo-based artist Hikaru Cho to create a series of new images inspired by their new phones, the Galaxy S6 and S6 edge. The surreal artwork depicts the British attitude towards self-editing as well as advances in communications technology and design. 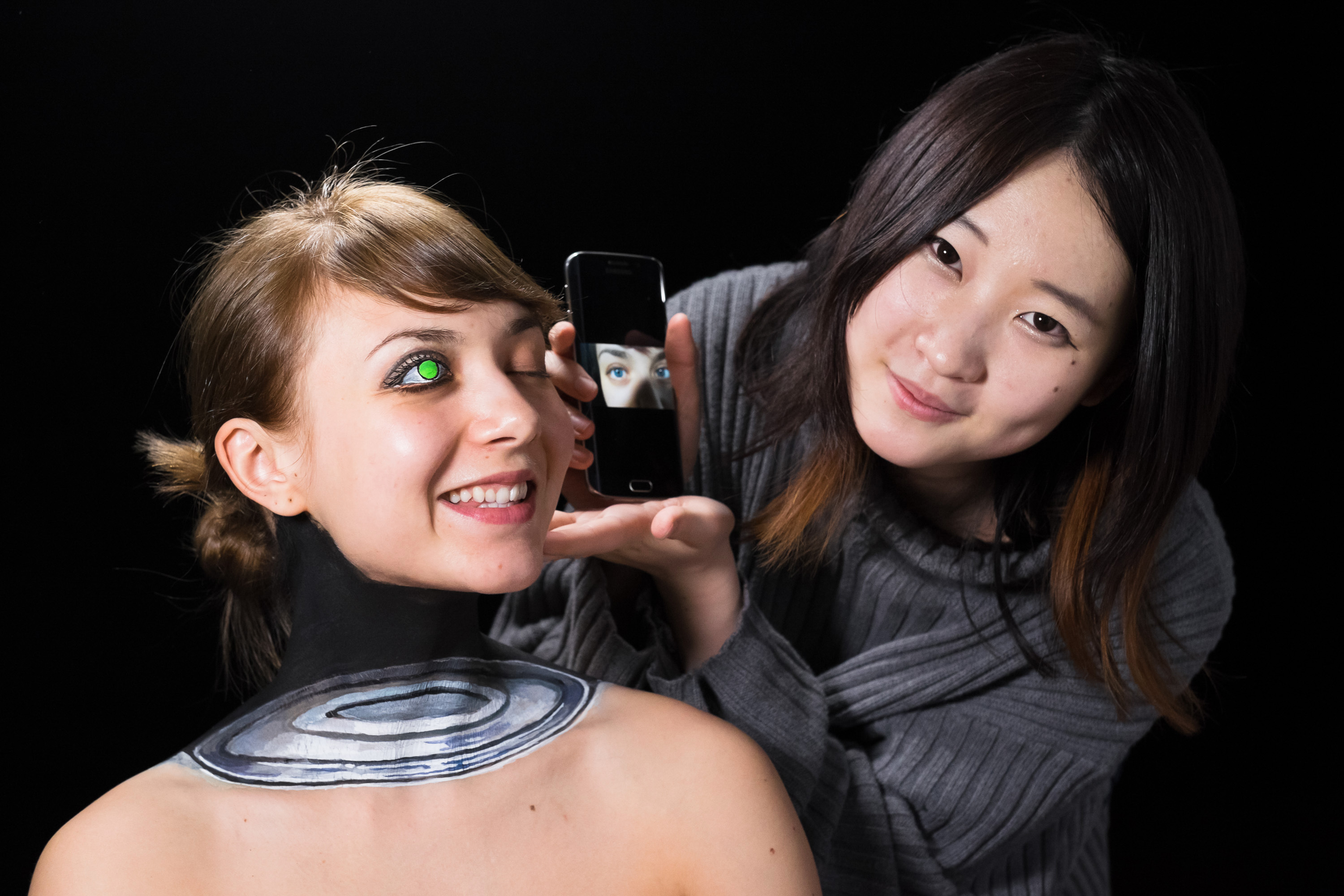 Hikaru Cho became an internet sensation in 2014 for her ‘hyper-real’ body art, which has featured widely in both British and international media from the Daily Telegraph to the Japan Times. By painting directly onto the body using acrylic based paint, the Chinese born artist creates 3-D effect optical illusions with each of her designs. And at only 22 years old, Hikaru has not only achieved international acclaim for her unusual works, but has done all this whilst still a student at Musashino Art University.

Her 6 new designs represent different features the phones offer such as wireless charging capabilities and super fast charging (10 minutes charging = up to 4 hours battery life). The work also includes designs that nod to the modern fashion of filtering photos, as well as the physical design of the Galaxy S6 edge, which features a three-sided display. Her final designs include ‘Filter Face’, ‘Wireless Charging’, ‘Super fast Charging’, ‘Swipe’ ‘Flat Face’ and ‘Edge’. 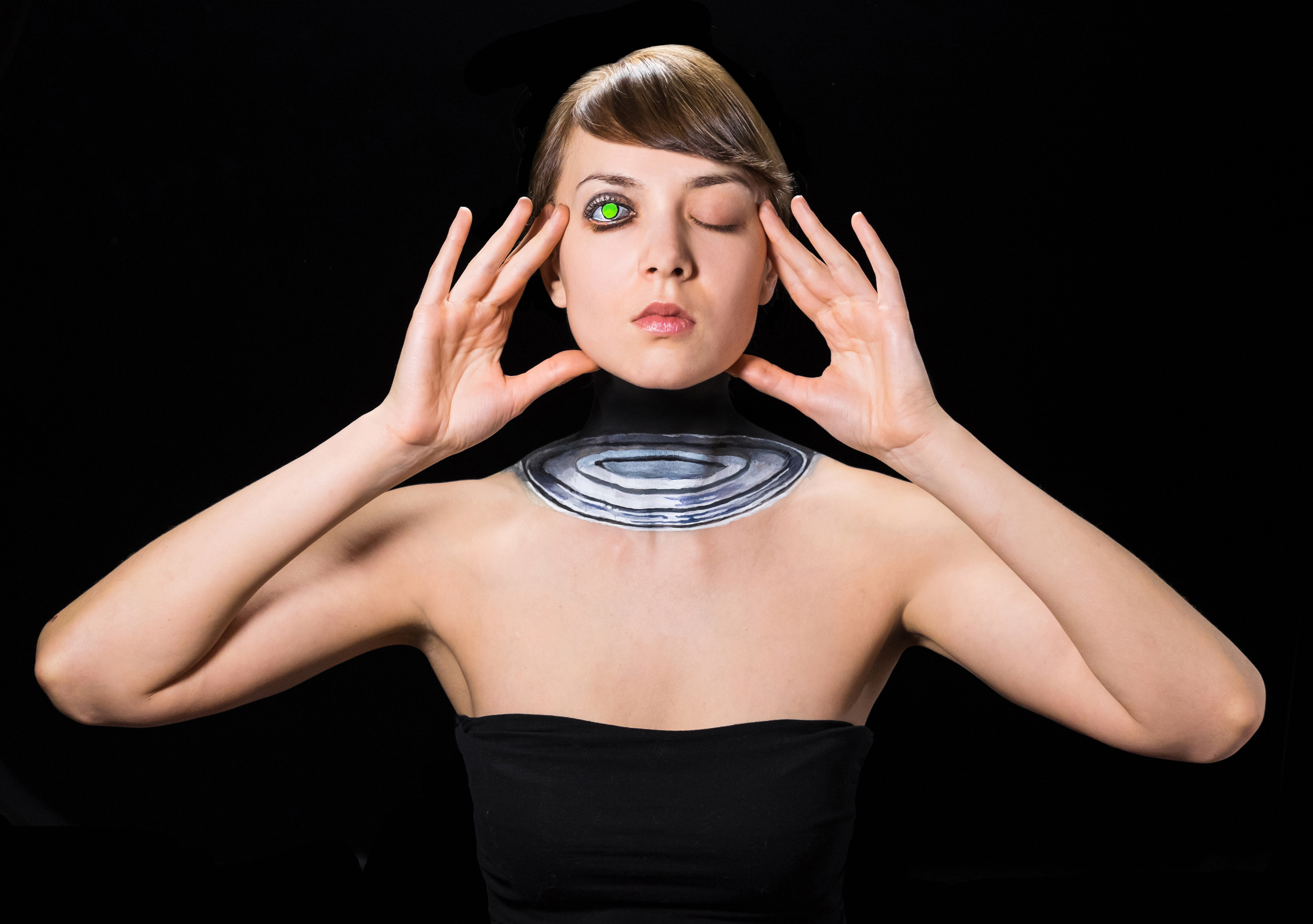 Hikaru says “I wanted to show the way that technology has become so integral to modern life. This design was inspired by the Galaxy S6’s wireless charging capabilities” 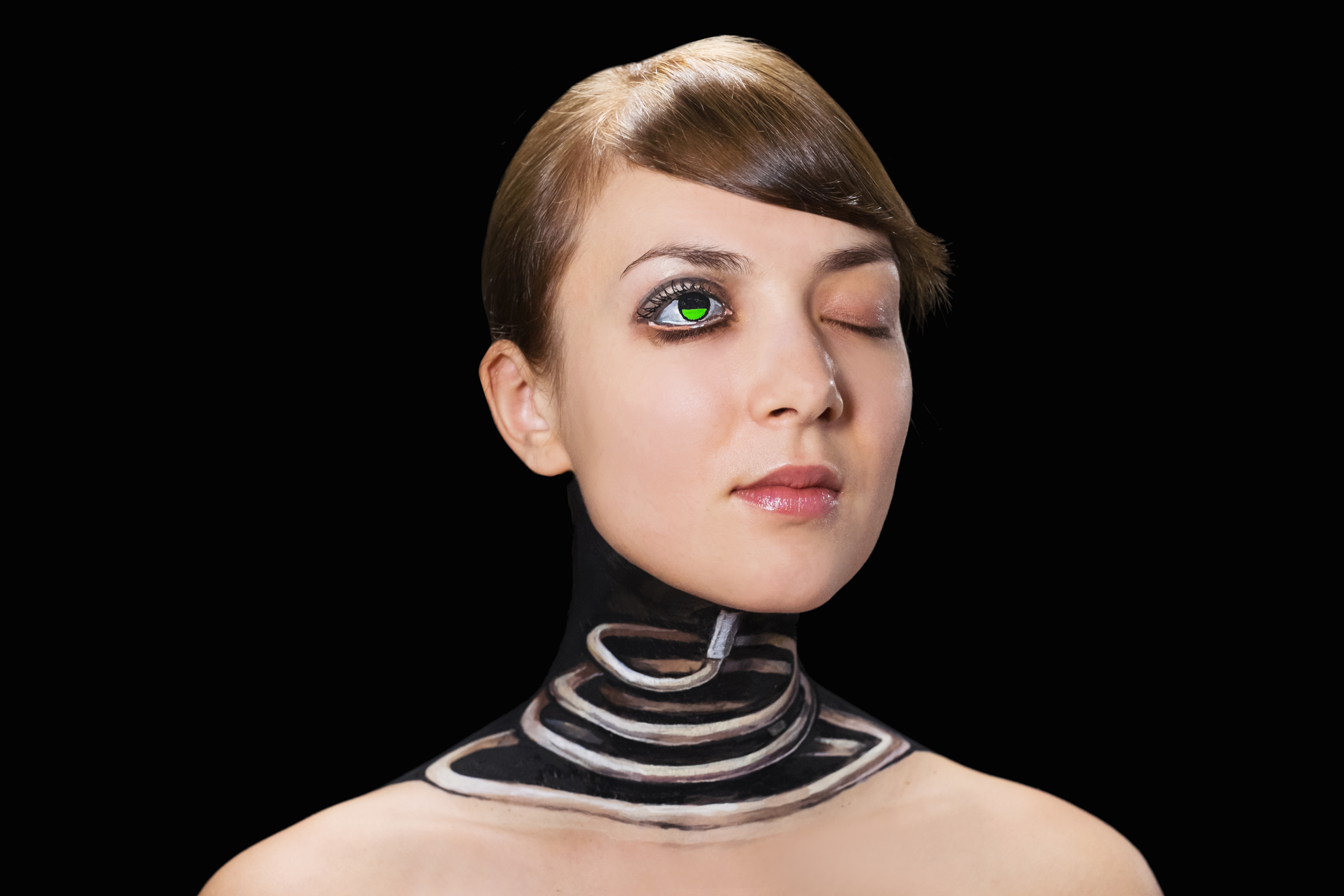 Hikaru says “This design was inspired by the super fast charge that the phones offer. I liked the idea of it looking like the model herself was being recharged.” 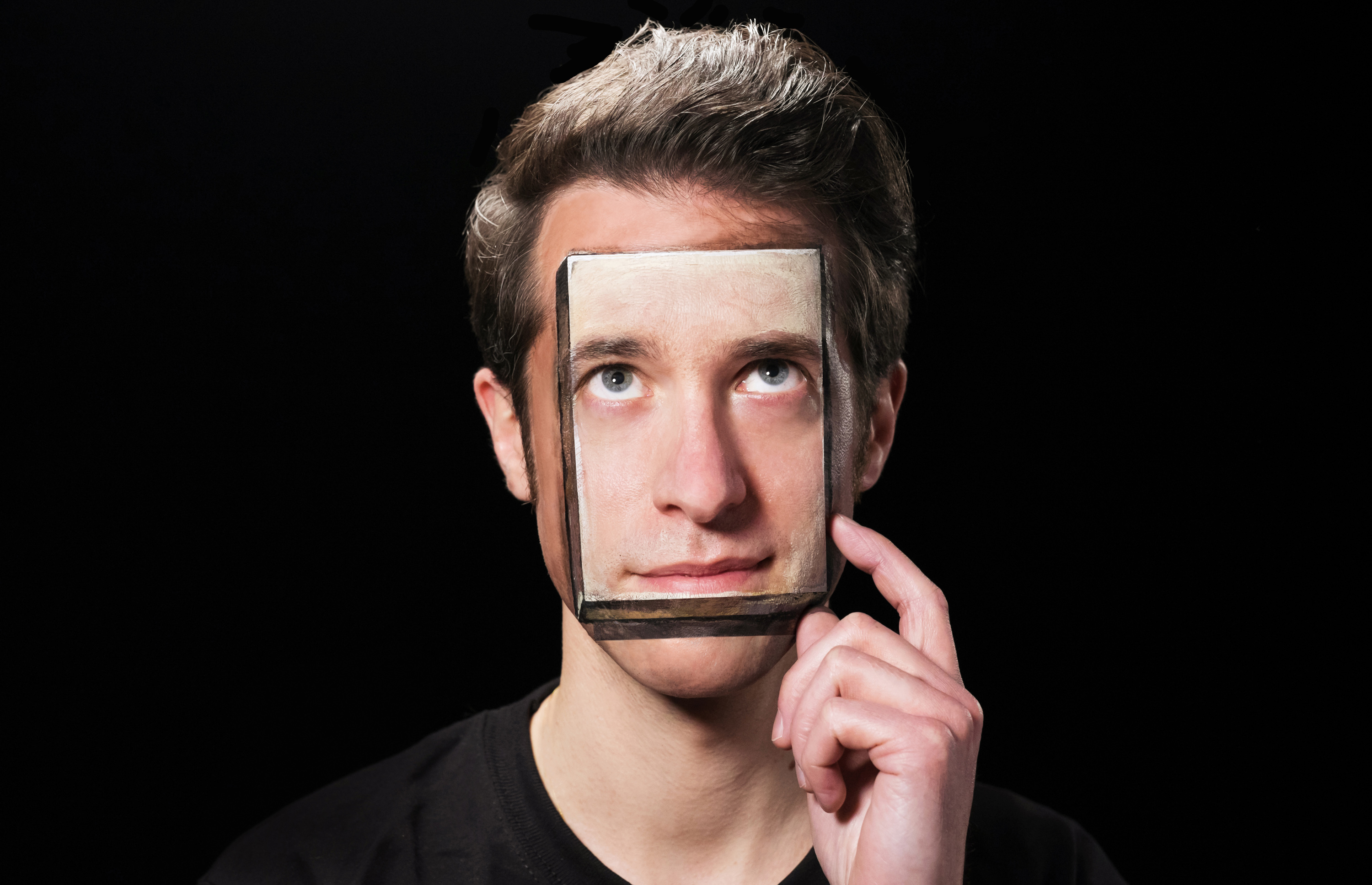 Hikaru says “I also created 2 designs that were inspired by the look of the phones themselves. The thin, sleek design of the Galaxy S6 inspired my ‘Flat Face’ artwork” 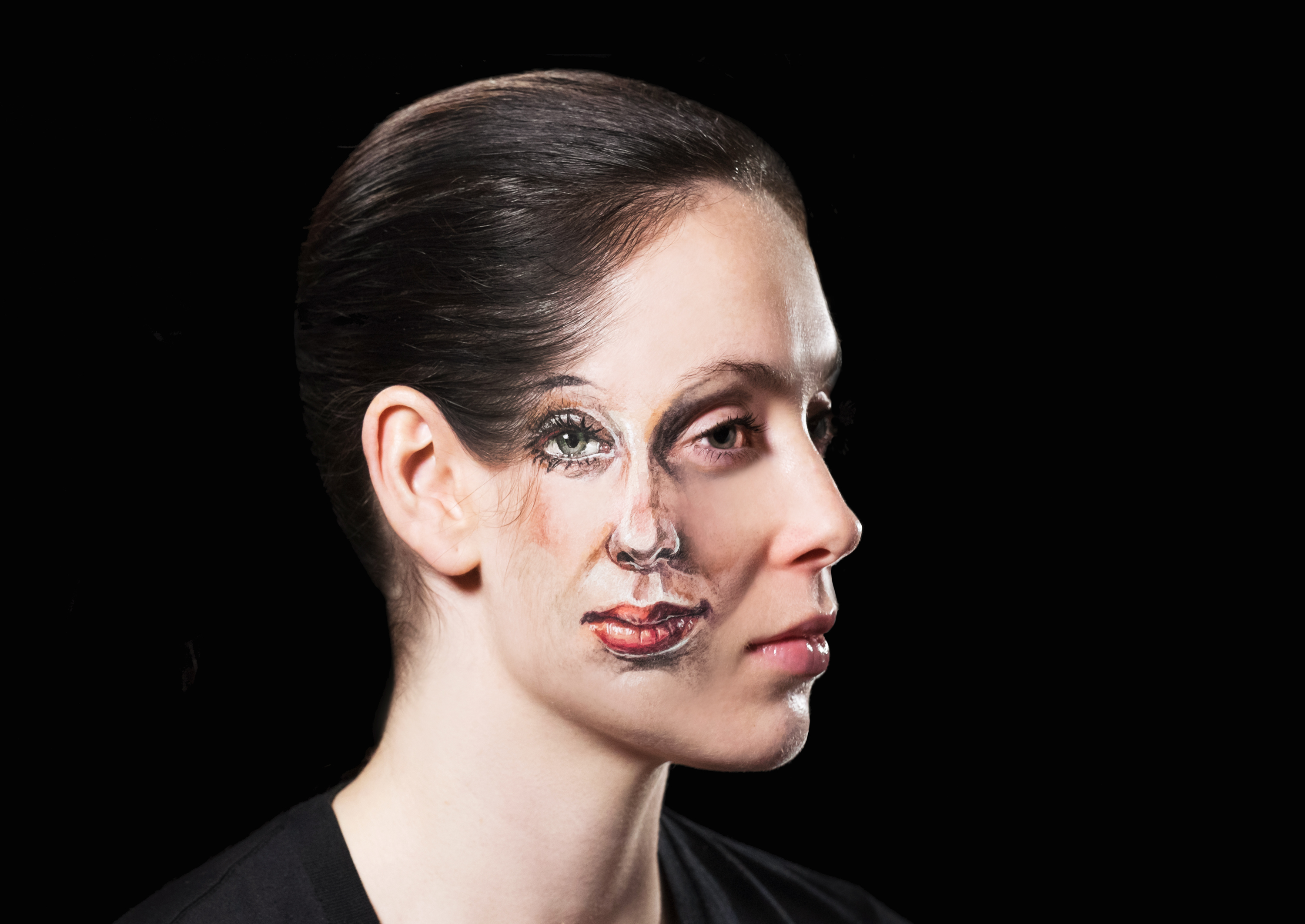 Hikaru says “I created this look because the Galaxy S6 edge has a curved screen which displays information along the sides of the phone. I wanted to translate that onto the model’s face by moving her features round to the side.”

With the modern trend shifting towards editing photographs, Hikaru also incorporated a design that reflected our increasing use of filters. 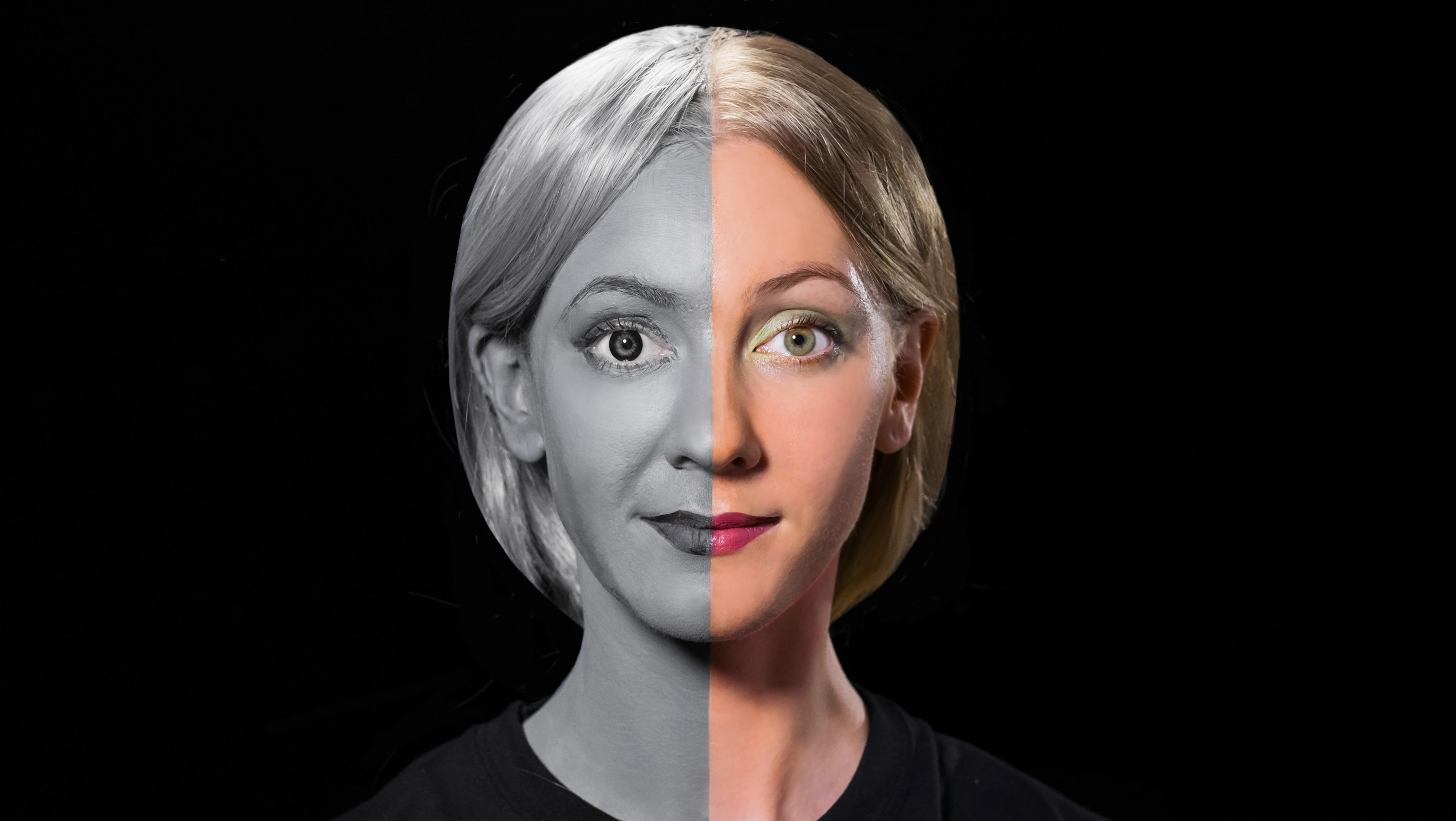 Hikaru says “To achieve the look, I painted half of the model’s face grey, adding contouring to highlight her features so as to mimic the aesthetic of a real black and white photograph. The model was dressed with a half-head grey wig and a grey contact lens.” 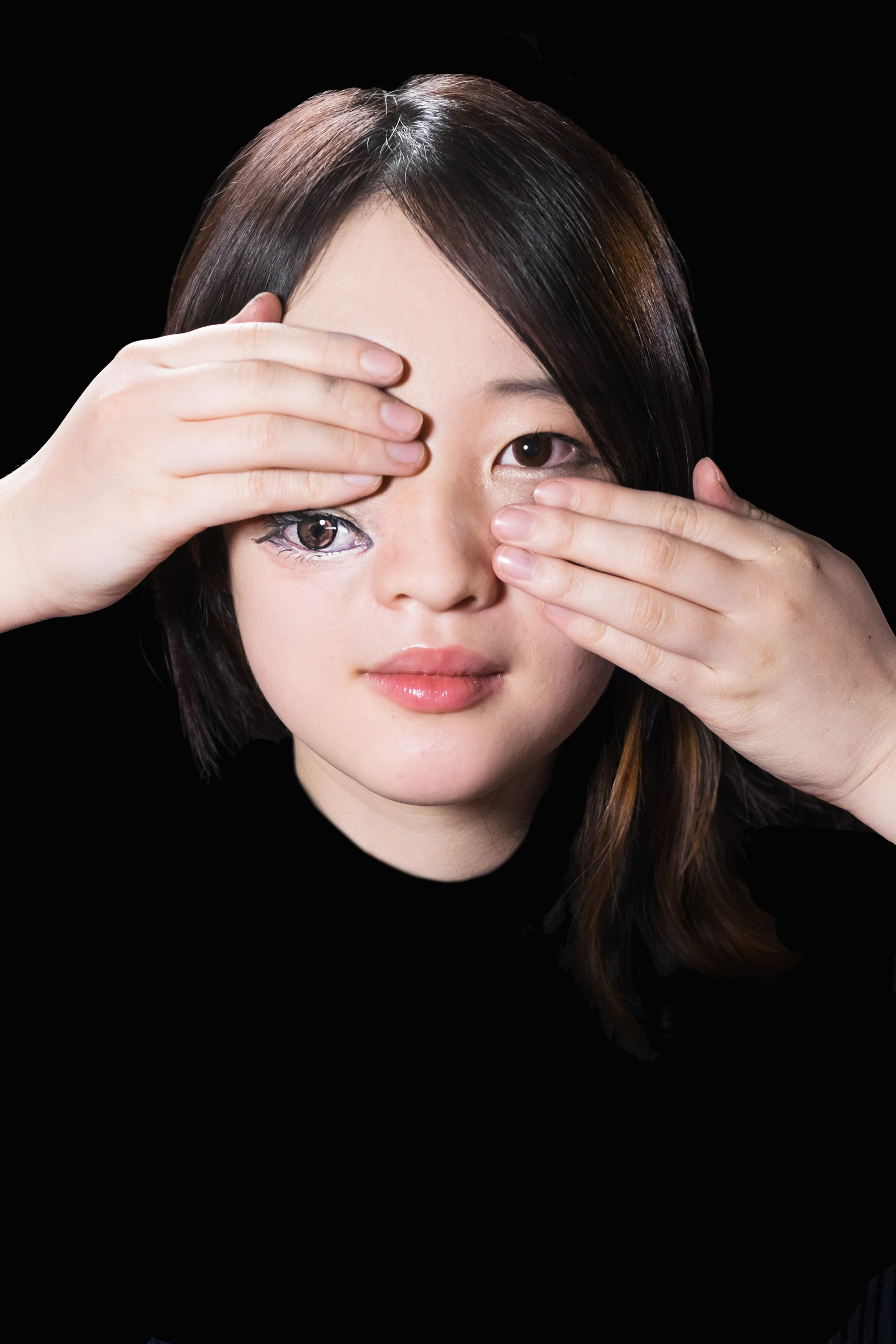 Hikaru used her own face as a canvas to depict the final design. Showing her incredible skill, she used a mirror to paint copies of her own eyes further down her cheeks, representing the swiping motion used on modern phones. 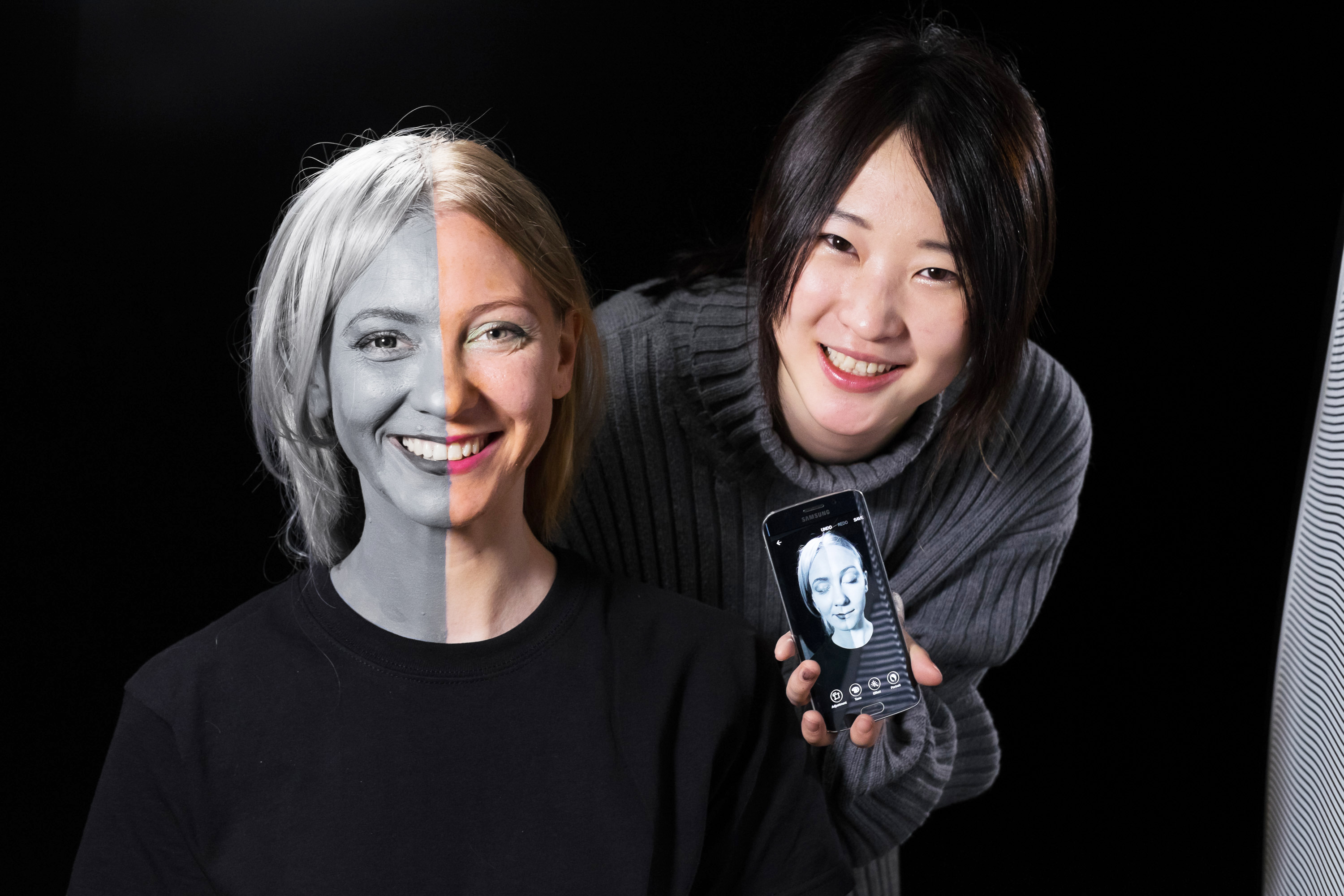 Ines Van Gennip, Marketing Director of IT & Mobile, Samsung UK and Ireland says “It was incredible working with such an innovative artist. It was interesting to see how she interpreted our designs as well as using the phones’ capabilities for further inspiration. With the ever evolving nature of technology, it seems fitting that we work with an artist who is so ground breaking with her work, as well as maintaining a personal element through her use of the body as a canvas. Essentially it reflects what we try to achieve as a company; bringing great advances to personal technology.”

The Island With Bear Grylls