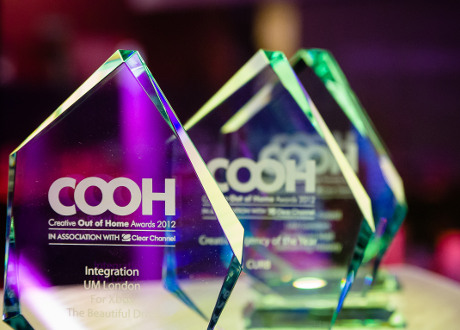 Drum’s Creative Out of Home Awards celebrate, recognise and reward those who produce outdoor advertising for their clients, both creatively and by delivering exceptional return on investment.

So we are RIGHT CHUFFED that our campaigns for UKTV, blinkbox and Paddy Power have landed EIGHT nominations in the Special Build, Innovation, Spectacular, Experiential and Ambient categories.

The network required PR to lead the launch with the key objectives being to raise awareness of the new channel offering and drive tune in across launch week.

Here’s what we did.

What if someone stumbled across the remains of a dragon in Britain today? A 40ft skull, for instance… washed up on a beach famous for its paleontological history? What would the reaction be?

When it came to highlighting its third series landing on blinkbox (from Tesco) ahead of the DVD and Blu-ray release in February 2014 and before rival services Lovefilm Instant, Netflix and iTunes, our quest was to create a disruptive piece of marketing that would strike a chord with diehard fans while tempting the uninitiated to check out the show. Full case study here.

Paddy Power engaged us to handle media relations around their campaign to take Twitter to the skies 10,000ft above the Ryder Cup. Curb Media conceived and produced the idea while we, along with the in house team, handled the PR and media execution. More details here.