We love alliteration. When ‘mechanical miner man’ pops up, it’s satisfying. Offering up this pleasant play on letters is the UK’s largest ever mechanical puppet. The structure has been unveiled in a bid to celebrate the country’s great mining heritage.

Setting off on a 130 mile journey, the magnificent 10-metre high Cornish miner marks the 10th anniversary of the Cornwall and Devon mining landscape being inducted into the Unesco list of World Heritage Sites. 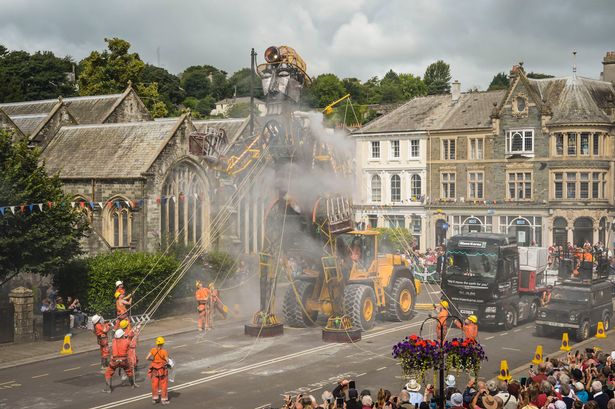 And what a sight the mechanical puppet has to offer. Making a trip across the entire 130 mile long site, the piece marks two weeks of celebrations in the area. A fantastic piece of Cornish engineering, we think this puppet is a beautiful homage to the area’s important industrious past.

The puppet is the same height as a double-decker bus and weighs close to 40 tonnes including its accompanying vehicle. The piece offers iconic mining features including head gear and cast iron flangers.

This magical half miner half machine is not alone. Its parade will be accompanied by theatre, storytelling and music, bringing the mining industry’s rich history to life.

We think this parading puppet is a terrific tribute to both mining and its vast landscape.