London, Wednesday 10th September: PRS for Music today presented one of Britain’s most loved and successful groups Spandau Ballet with a Heritage Award at the site of their first gig, The Blitz Club, in the heart of London’s West End.

Spandau Ballet performed their first live show at The Blitz Club on London’s Great Queen Street, on 5th December 1979. The band made such an impact during this landmark gig that they were offered a recording deal on the spot with Island Records, by its legendary founder Chris Blackwell. 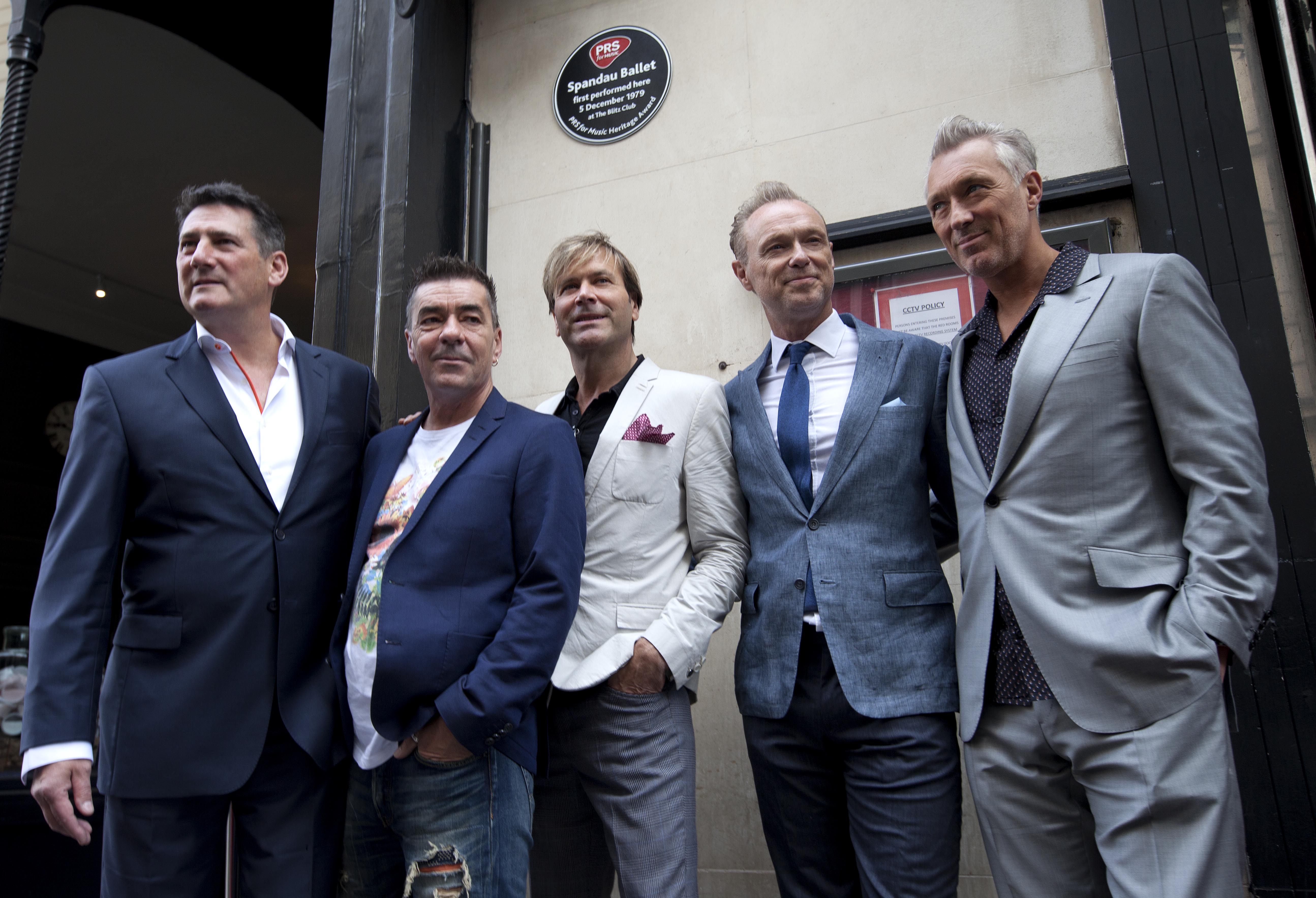 In its heyday, the venue was the spiritual home of the “Blitz Kids,” a stylish, creative in-crowd of young Londoners spearheaded by Steve Strange and the innovative DJ skills of Rusty Egan who changed the musical landscape of London’s club land.

The Blitz Kids included the likes of Stephen Jones, John Galliano, Sade, Marilyn and Boy George.  In the audience that night alongside the Blitz regulars were Siouxsie Sioux and Billy Idol. The club was undoubtedly the home of the New Romantic movement and as it was located between two art colleges (St Martin’s School and Central School) it became a hotbed of the scene characterised by outrageous clothing and subversive behaviour. It was the birthplace of many acts beside Spandau Ballet, including the likes of Culture Club and Visage.

Gary Kemp said: ‘We are honoured to have received this award from PRS for Music. The Blitz was an incredible melting pot of music, fashion and creativity. It’s not just Spandau Ballet that owe our career to that place at that moment in time. Musical icons such as Chris Blackwell and David Bowie all came to The Blitz to check out what was going on, the place was that important.’

Rusty Egan said: ‘The Blitz Club DJ playlist inspired a generation to embrace electronic synth based music. Spandau Ballet spearheaded the importance of style and music as one.’

Guy Fletcher OBE, PRS Chair said: ‘It is an honour to present Spandau Ballet with the PRS for Music heritage award today, at what was truly their birthplace. The Blitz Club was the beating heart of the New Romantics movement that propelled some of British music’s most successful artists to stardom. Spandau Ballet are currently riding a fresh wave with the release of their new album and film, and it’s very fitting that we should bring it all back to where it began today – what a story.’

Shortly after the Blitz gig, school friends Gary Kemp, Steve Norman John Keeble, Tony Hadley and Martin Kemp signed their own label deal with Chrysalis and enjoyed immediate success, with their debut single To Cut a Long Story Short reaching the top 5 in 1980.

What followed was a string of 23 international hit singles and 25 million album sales. They reached superstar status as one of the most successful British bands of the 80s around the world in 1983 with the release of their third album True.

Its title track and second single Gold became massive hits all around the world.

The band reformed in 2009 to mass critical acclaim, touring the world to sell-out audiences and have recently recorded some new tracks to appear on a new Best Of album, Spandau Ballet – The Story.

There is also a soundtrack album to their documentary feature film, Soul Boys of the Western World, released at the end of this month.

whistl Posties On Wheels Take To The Streets