.
LONDON, Tuesday, July 30 2014: A terrifying attack by a ‘killer shark’ shattered the peace at a quiet North London fishmonger after one bloodthirsty beast was let loose amid the catch of the day.

But fortunately for the shoppers and staff at the fishmongers, this wasn’t a real shark – but a stunt dreamed up by special effects producers at Syfy to celebrate the release of Sharknado 2: The Second One.

A team of four artists and animatronic wizards spent two weeks creating the lifelike animatronic shark and embedded it on a fish counter along with sides of salmon and fillets of haddock. 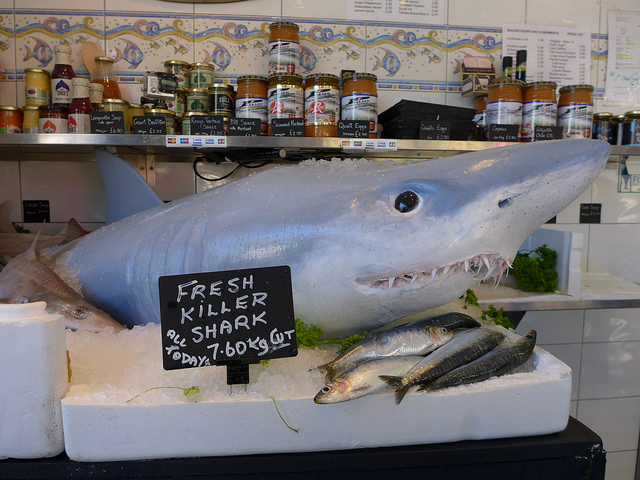 Shoppers at Steve Hatt in Islington who were looking to top up on their Omega 3 got the shock of their lives as the shark centrepiece first twitched – and then thrashed – about on the counter, snapping its jaws and making customers scream, jump, laugh and even flee the shop in terror. 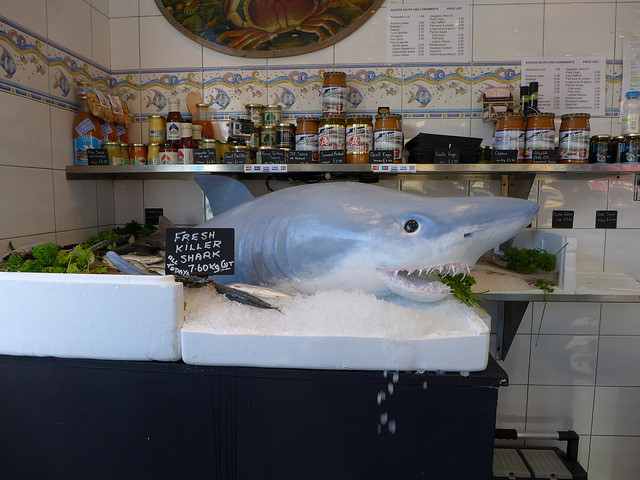 The result is a hilarious prank video to promote Sharknado 2: The Second One, the ultimate B movie, in which killer sharks terrorise New York after a freak weather system floods the city. 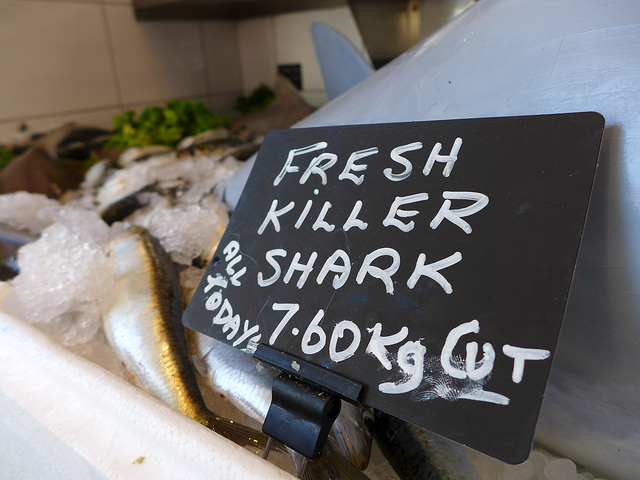 Producers worked through the night to create the stunt, placing hidden cameras in strategic locations throughout the shop, before launching their beast on some very surprised early morning shoppers, offering them a taste of what it might be like to experience a Sharknado!

Paramedics were on hand to deal with anyone who found the fishy surprise too shocking, but shoppers took it in their stride, even when the catch of the day lurched forward as if it was about to take a chomp out of them.

Steve Hatt, fishmonger, says; ‘We’ve sold some big fish in our time and pride ourselves on our extensive range of freshly caught seafood, but we have never stocked anything as menacing or as unusual as a Sharknado shark. Talk about a having a bite of dinner – this dinner bites you!”