Seats for the hung over.

Had a big weekend?

If the answer to this is ‘yes’, you’ve probably just spent Monday morning trying not to pass out as you get squashed against the side of the tube carriage, jealously staring at the lucky people who live close enough to the end of the line to get a seat.

Well, no longer will you have to suffer the uncontrollable temperature fluctuations and bouts of dizziness whilst standing next to an impeccably dressed man in a suit (who you’re sure is judging you), as Wayward Studios have created an ingenious new way to ease the traumas of self-inflicted Monday blues. 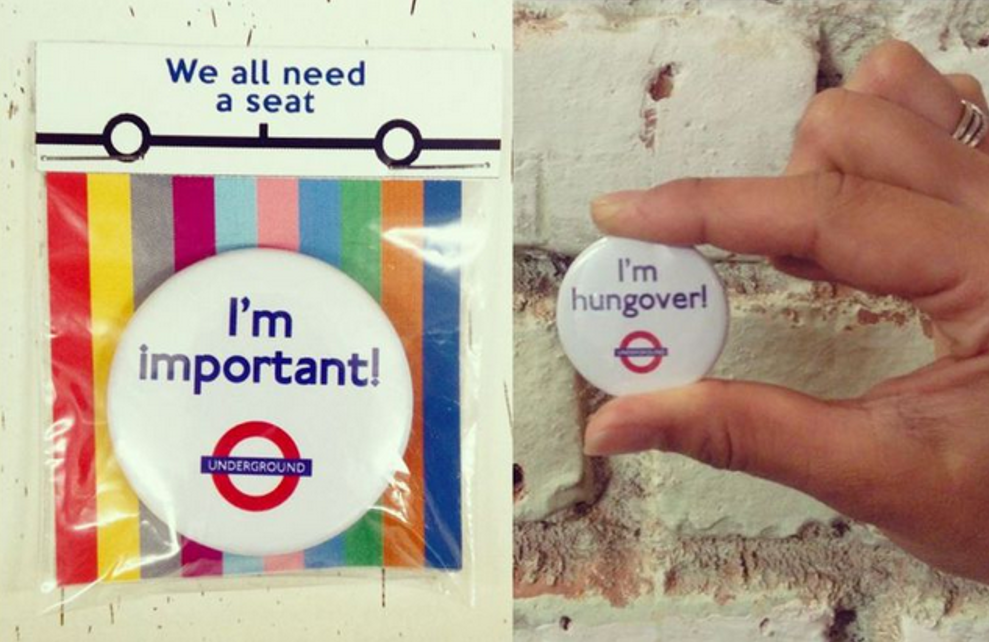 A twist on the ‘Baby on Board’ badge, Wayward have launched a new line of spoof personal signage which reads ‘I’m Hungover!’ for commuters to wear when they are feeling a bit fragile.

On the other hand, if you feel fine but feel like a bit of VIP treatment, Wayward Studios also offer a badge which reads ‘I’m Important!’

Whether they work or not is yet to be seen…

There’s no such thing as a free lunch (or cinema ticket)!