A new perfume which aims to capture the very essence of fresh laundry has been launched with a series of witty ads starring record Olympic gold medal winner Max Whitlock.

The British athlete stars in a new washing machine campaign from Samsung that gently mocks traditional perfume ads. Max emulates some of the world’s most famous ads and showcases his impressive pommel horse moves on top of the machine as he promotes the new perfume created by Samsung. 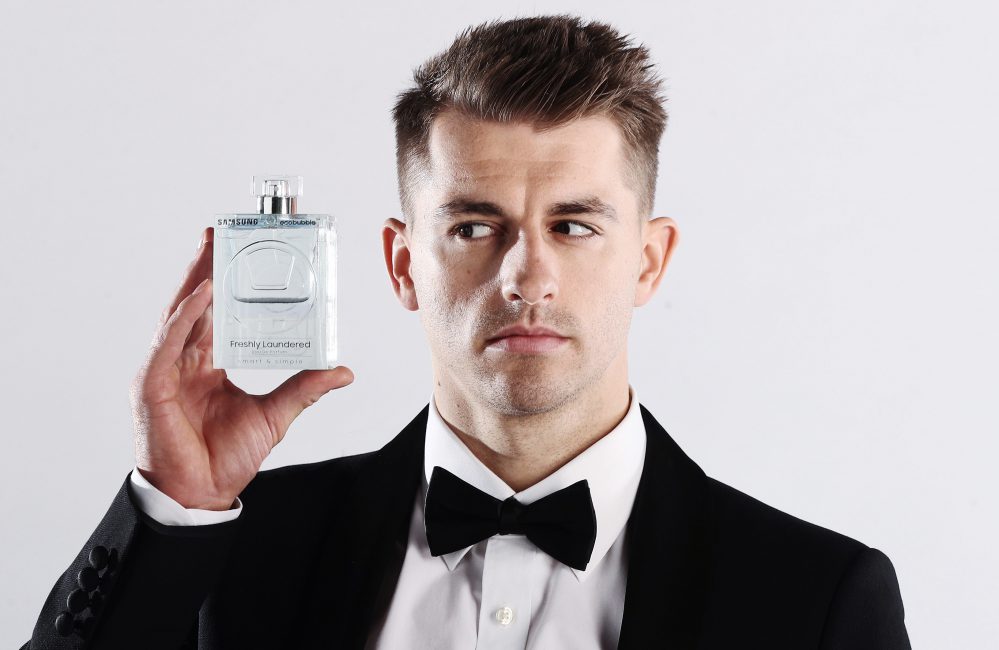 The launch video pays homage to Brad Pitt’s infamous commercials for Chanel No.5 – with our greatest young Olympian in philosophical and moody mode as he ponders the mysteries of life and laundry. 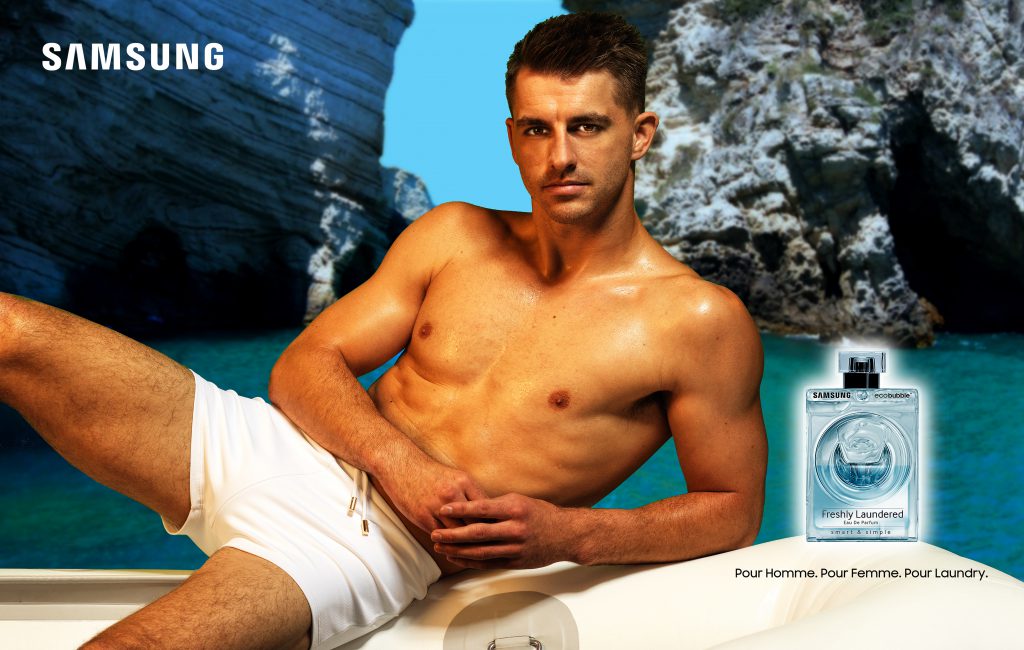 The Team GB Olympian sends up some of the industry’s clichés by seductively running his hand over the edge of a washing machine and spraying himself with perfume before sniffing a Union Jack flag.

Max can also be seen putting his spin on well-loved and celebrated ads such as Dolce & Gabbana’s Light Blue commercial (originally starring David Gandy) and Versace’s 2014 advert for Eros.

The ‘Freshly Laundered – Eco Edition’  scent comes in a unique glass bottle, which is a miniaturised version of the ecobubbleTM washing machine. The newest ecobubbleTM is Samsung’s most eco-friendly model yet, bringing together some of its most powerful technologies to cut down on wash times and energy consumption.

Expert perfumer Sarah McCartney created the scent to perfectly capture the smell of fresh laundry following research which revealed that Brits rate the smell of clean clothes as their favourite scent. The final fragrance contains four musks which evoke the smell of a fresh garden and fresh water, paired with aromas of lily of the valley. 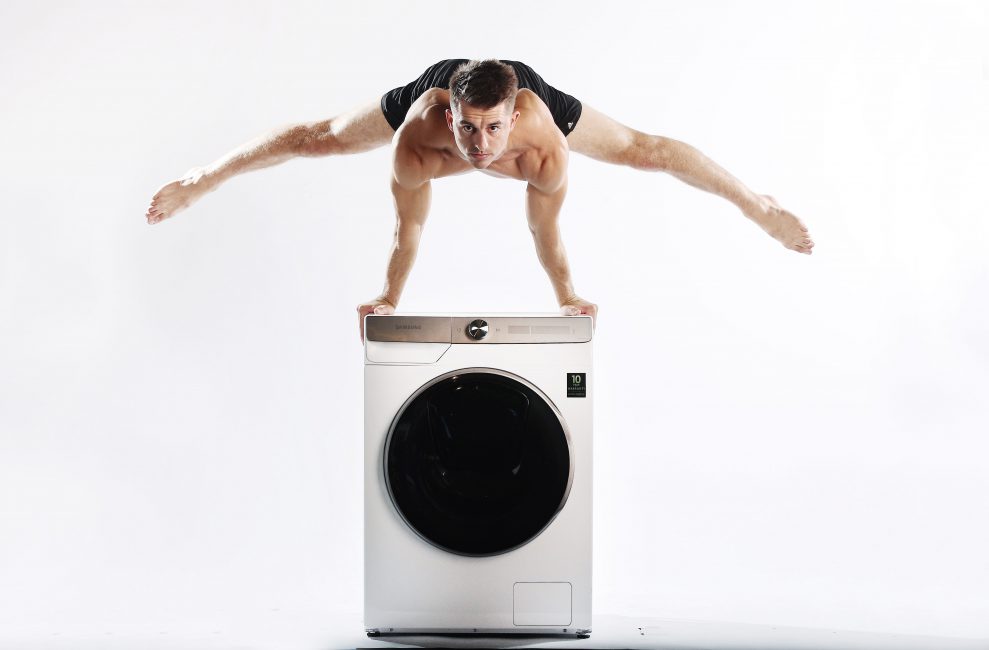 Samsung audited 2000 British adults to pinpoint the nation’s favourite smells. The results positioned fresh laundry at the top of the pile, closely followed by clean bedsheets, cakes baking in the oven, the seaside air and freshly cut grass. (The full top 20 in notes to editors.)

The Samsung study revealed that six in ten (61%) of adult Brits admit that they struggle to use washing machines properly – a staggering figure which is aided by the fact that three quarters of us (75%) fail to read or pay attention to the instructions.  Indeed, over half the nation (51%) stick to a single wash setting to wash all their laundry. The findings did reveal however, a rising consumer desire for eco-friendly washing machines, with 76% of respondents considering eco models when buying appliances.

The Samsung ecobubbleTM has been specially designed to address these issues by simplifying the laundry experience.  It is packed with ways to ease the load and comes with a new, simple-to-use interface as well as intelligent laundry care, saving time and hassle as well as stains. The advanced technology cuts washing time and maximises the effectiveness of detergent to give a faster clean, while the Smart Control + technology learns users’ behavioural patterns to recommend cycles, offering a personalised laundry experience.

Max Whitlock said: “This new Samsung machine is an amazing piece of kit – it washes clothes brilliantly but also doubles up as a perfect pommel horse. The perfume smells amazing too – as athletes we spend much of our working lives surrounded by sweaty kit so we appreciate the refreshing smell of clean laundry more than most!’ I had a huge amount of fun creating a range of spoof ads for the new Samsung ecobubbleTM, it’s even better knowing that I’m helping to launch a product that’s eco-friendly and is making a difference to the environment”

Ruth Story, Head of Marketing Digital Appliances at Samsung Electronics UK Ltd said: “The UK has officially spoken; our favourite smell is fresh and clean laundry and we’re thrilled to be celebrating the launch of the Samsung ecobubbleTM with our very own bespoke perfume. The Samsung ecobubbleTM washing machine has been designed to incorporate some our most advanced technology which will help us all wash more economically whilst still getting a great wash performance.”

A select number of bottles of the new scent will also be made available to win via Samsung’s social channels.  Head over to @SamsungUK to find out more.