National treasure Pam Ayres and performance poet Suli Breaks have joined forces with Santander to turn the tables on fraudsters and highlight the dangers of investment scams ahead of National Poetry Day.

Santander challenged poets Pam Ayres and Suli Breaks to turn financial crimes into rhymes in their ‘Scam Sonnets’ to help the public spot the signs of investment scams – which is when a scammer offers a fake but convincing opportunity to make a profit by handing over a sum of money.

Pam Ayres’ Have you got some money? and Suli Breaks’ Too good to be true incorporate words and phrases from real scam emails, online adverts and telephone calls received by investment scam victims. 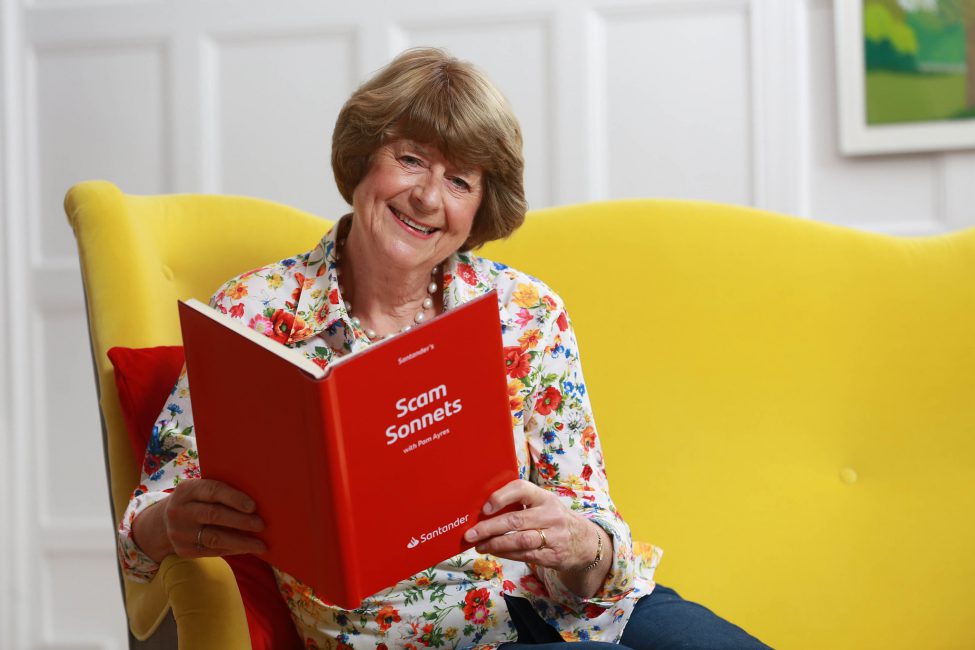 A new study of 2,000 British adults commissioned by Santander reveals that only 4 in 10 Brits said they know what an investment scam is.

But a quarter (25%) of Brits have been affected or know someone who has been affected by an investment scam, with £10,000 lost on average. 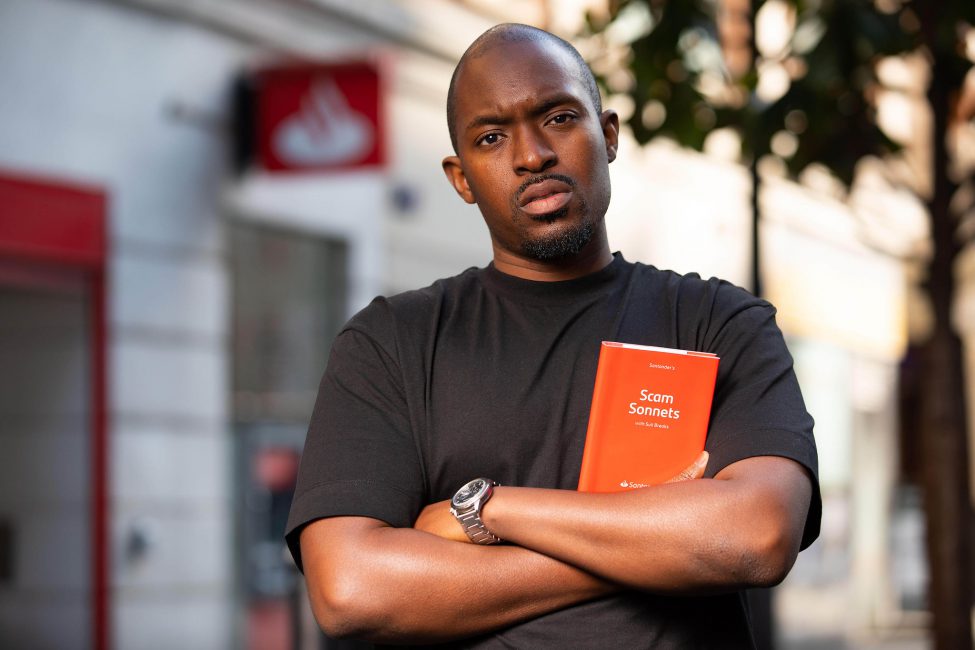 In the wake of the outbreak of Covid-19 many people are feeling financially vulnerable and investment scams are on the rise. £55.2 million was lost to investment scams in the UK in the first six months of 2020 – a 27% increase compared to the same period last year.2

Investment scammers most commonly target over 55s, who are preparing for retirement and want to see their savings and pensions go further, with the promise of high returns – with Santander reporting that 75% of the value of investment fraud has been aimed at customers over 55.

Santander’s research reveals that on average, Brits aged 55 and over report being contacted at least once a week by what they believe to be financial scammers, with the most common approach being by email (71%), followed by 40% who receive unsolicited phone calls.

Almost half (49%) of Brits say they would rely on researching an investment firm online to confirm their validity, which scam artists take advantage of by creating professional looking websites and even cloning the webpages of legitimate companies.

Known to many as ‘the people’s poet’, Pam Ayres has authored several best-selling poetry collections, taken her one-woman stage show on a global tour and makes regular appearances on TV and radio shows.

Poet and performer Pam Ayres says; “Fraudsters target and dupe their victims with their clever use of language – professional, confident and reassuring communications that draw you in and make you feel in complete control. Sadly, the reality is far from it. That’s why, ahead of National Poetry Day, I’ve partnered with Santander to use the language of the scammers to help the public spot the signs of a scam and protect themselves from the devastating effect of investment fraud.”

Highlighting the risks of cryptocurrency scams

With Santander reporting a 235% increase in the value of cryptocurrency scams disclosed to the high street bank between Jan – July 2020, almost a third (31%) of 35-54 year olds report being targeted with financial scams online and on social media channels,

Scammers are also increasingly relying on fake celebrity and influencer endorsements to convince people to invest, with 41% of Brits admitting they would feel more confident about an investment opportunity if they believed it was endorsed by a famous face.

Performance-poet Suli Breaks says; “You think you’ll never be the victim of an investment scam, but it really can happen to anyone. Aspirational social media posts, the clever use of celebrity and the promise of a ‘now or never’ opportunity all exist to make a scam appear real and push you to take advantage of their ‘amazing returns’ – but we all need to watch out for each other, and remember, if it looks too good to be true, it probably is…”

With over a quarter of Brits (29%) reporting either a partial or total loss of earnings since the outbreak Covid-19, Santander – who reported a peak in the value of investment scams reports it received in May 2020 – warns savers hit by the economic impact of the outbreak are more vulnerable to falling victim to scammers offering unrealistically high rates of return for small investments. A concerning 27% of Brits have also reported being more heavily targeted since the outbreak of Covid-19.

Dan Standish, fraud strategy at Santander says; “Fraudsters are extremely clever, convincing and have taken the time to practice and hone their techniques. Their confidence, apparent expertise and friendly demeanour can all make a scam investment opportunity difficult to spot. That’s why, ahead of National Poetry Day, we’ve worked with two fantastic poets, Pam Ayres and Suli Breaks, to help bring these dangers to the front of the public’s mind in an engaging way. By using the language of the scammers, we aim to help the public spot the familiar words, phrases and signs of investment fraud early before it’s too late.”