LONDON, 24th June 2014: You wouldn’t normally associate pugs with treachery and blood-letting, but in a new video released by movie and TV streaming service blinkbox, three of the pooches appear suited and booted in a barking homage to Game of Thrones.

‘The Pugs of Westeros’ sees Roxy, Blue and Bono playing doggy versions of the main characters, including conniving King Joffrey.

Season 4 of the critically-acclaimed HBO show (minus pugs) is available to buy on blinkbox as well as all three previous series. 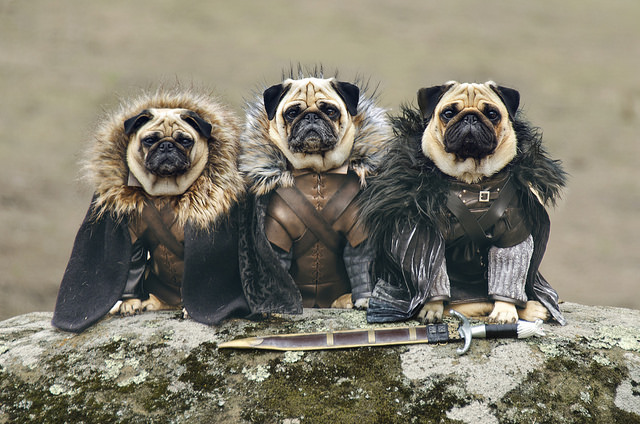 Adrian Letts, Managing Director of blinkbox Movies and TV, commented: “We know the nation is settling down to devour as many episodes of this brilliant show as they can, but we hope they paws to enjoy our spoof.” 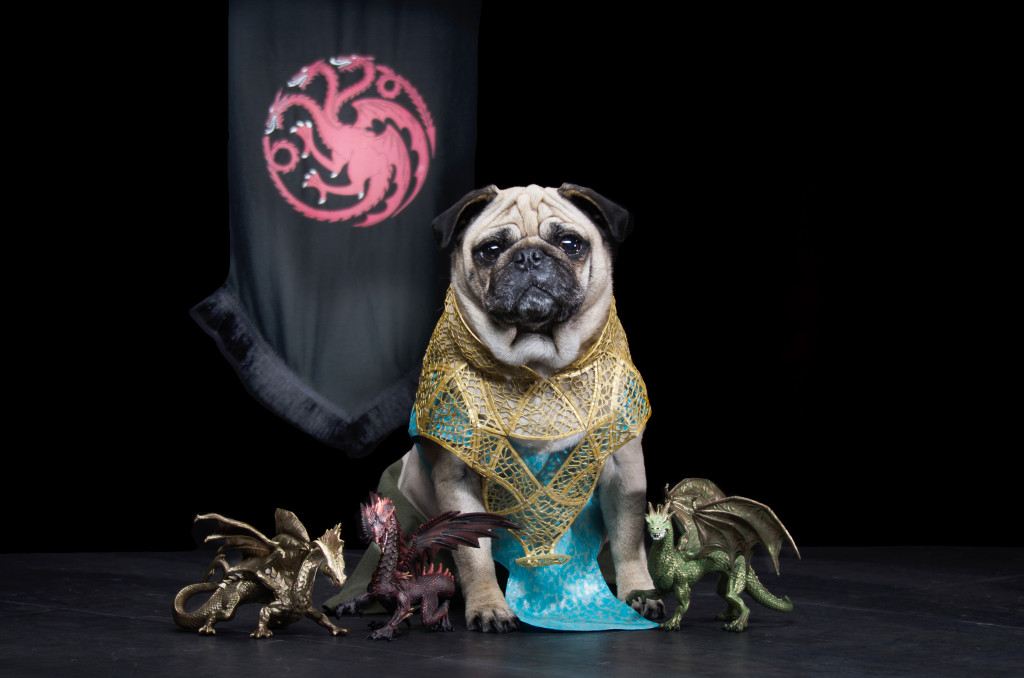 The pugs’ owners, Phillip Lauer (57) and his wife Sue (47), have been dressing their pugs up as characters from cinema and TV since they were puppies.

They normally only shoot stills photography but jumped at the chance of creating a mini-movie based on one of their favourite shows.

for the full story visit the blinkbox blog and pictures here

blinkbox Stage the Game Of Thrones Fan Wedding Of The Year