blinkbox Stage the Game Of Thrones Fan Wedding Of The Year.

Game of Thrones super-fan Darren Prew (37) and Kerry Ford (33) from Hereford have tied the knot styled as characters Daenerys Targaryen ‘Khaleesi’ and Jon Snow, having won a unique wedding celebration staged by blinkbox. 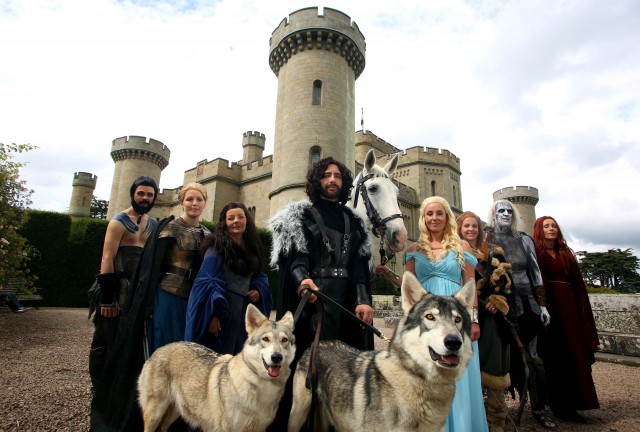 To celebrate Game of Thrones season 4 landing on blinkbox, the TV and Movie streaming service gave two competition winners the ultimate experience – the chance to get married in a Game of Thrones themed ceremony. 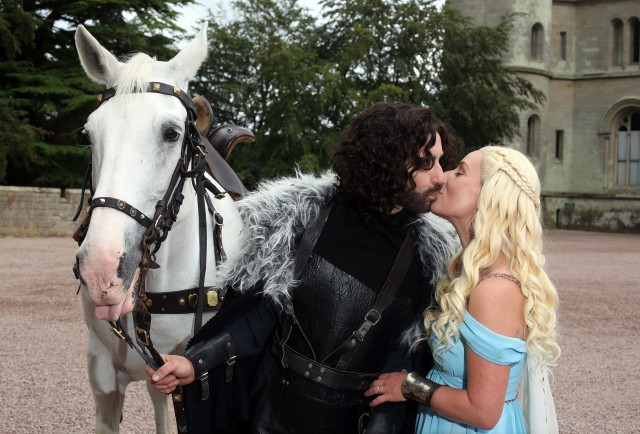 Organisers hired Eastnor Castle, near Ledbury for the ceremony. Located in the foothills of the Black Mountains, the property is an imposing gothic fortress flanked by watch-towers, lake and enclosing a keep. The elaborate makeover of the twelve-strong wedding party took over 50 hours of fitting, styling and theatrical make-up – handled by a professional team. The bride stunned guests with her surprise arrival on a white horse and the groom stepped out from nearby trees with two Wolf Dogs on leashes. 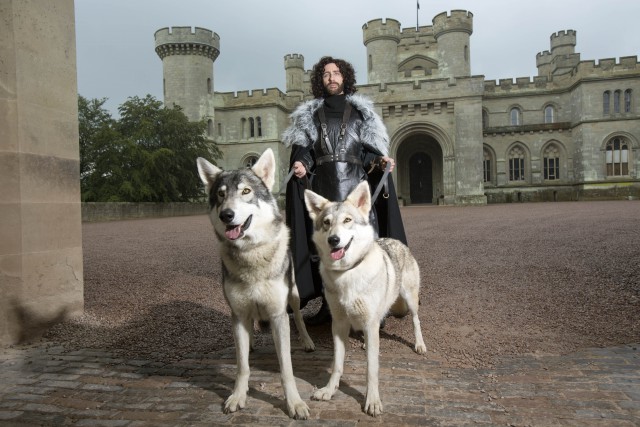 Hundreds responded to an online search for the fan wedding but it was Plasterer Darren who clinched it much to Kerry’s surprise. Bride Kerry explains: “I was on Facebook one evening and I saw an ad seeking couples to marry Game of Thrones style. I mentioned it to Darren. I said “Who on earth would do that?” Little did I know that he then went online and applied – without telling me!”

Groom Darren continues: “It was too good an opportunity to pass up. We were planning on getting married next year, but I knew we just had to go for it. I have been a massive Game of Thrones fans since the beginning, so having our biggest day styled in such an amazing way is a dream come true.”

The bride was styled as the stunning Daenerys Targaryen ‘Khaleesi’ with a handmade dress and trademark white blonde locks. 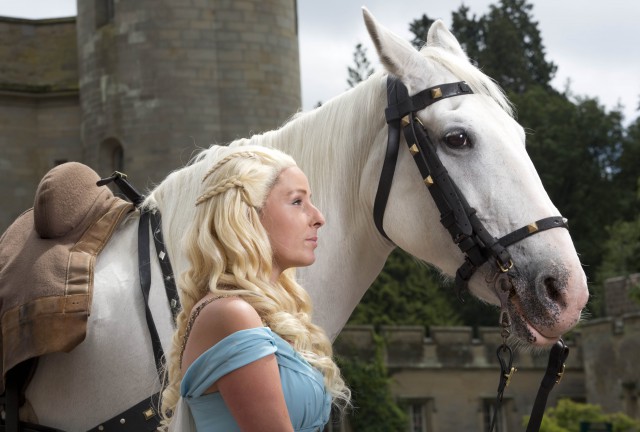 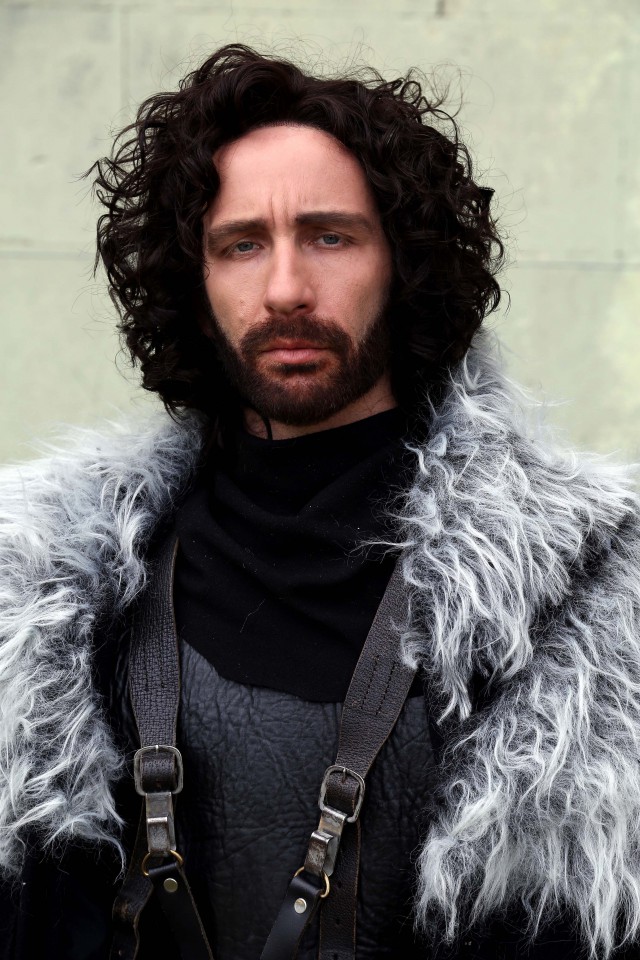 On seeing each other at the altar, bride Kerry commented: “I thought the transformation was amazing, it was like marrying Jon Snow. It was very, very weird and surreal to see Darren like that!”

Best Woman (Carey McKeown, 35) and Best Man (Mike McKeown, 33) took on the intimidating appearances of a Wildling and a White-Walker respectively. 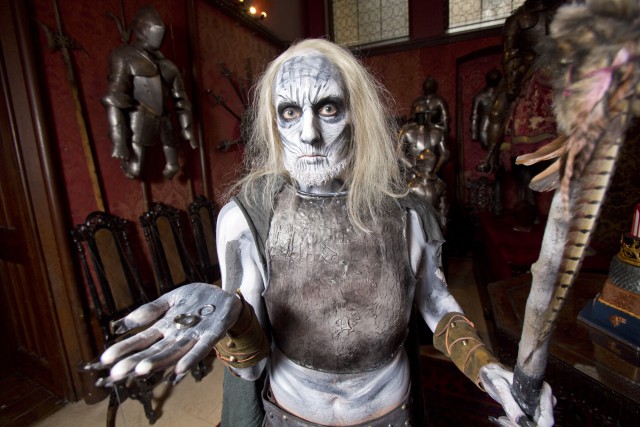 Groom Darren commented; ‘With such a bizarre look, Mike was guaranteed a few laughs during his speech.’ 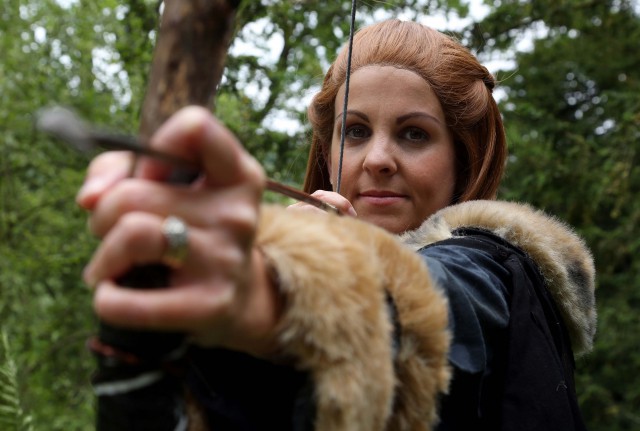 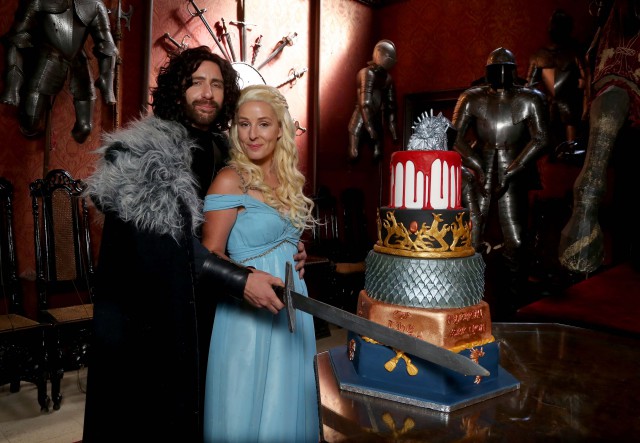 Kerry said; ‘I took over 20 hours to make it – it’s comprised of each of the Game of Thrones’ houses, then there are the wedding vows from Game of Thrones, King Joffrey’s crown made out of chocolate and topped with the famous iron throne. It was almost a shame to see it eaten. I changed my mind over the design of this cake so many times, it’s the most important cake I’ll ever make.’

Wedding registrar Lynne Pugh who presided over the ceremony said; “I’ve married hundreds of couples over the years – but this one was really out of this world” 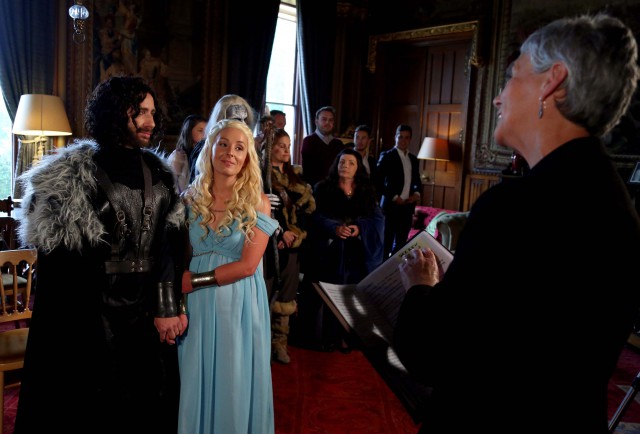 The father of the bride (Terry Ford, 66) was decked out as the loyal Stark servant, Hodor and in contrast to such a gentle character; the mother of the bride (Sue Ford, 52) was cast as Melisandre of Asshai, often referred to as ‘The Red Women’. 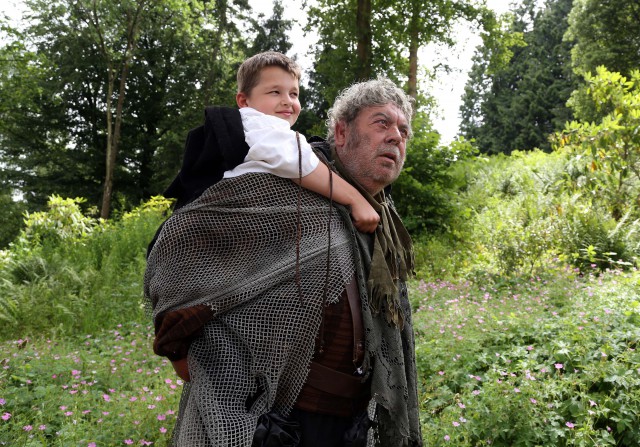 Behind The Scenes Video 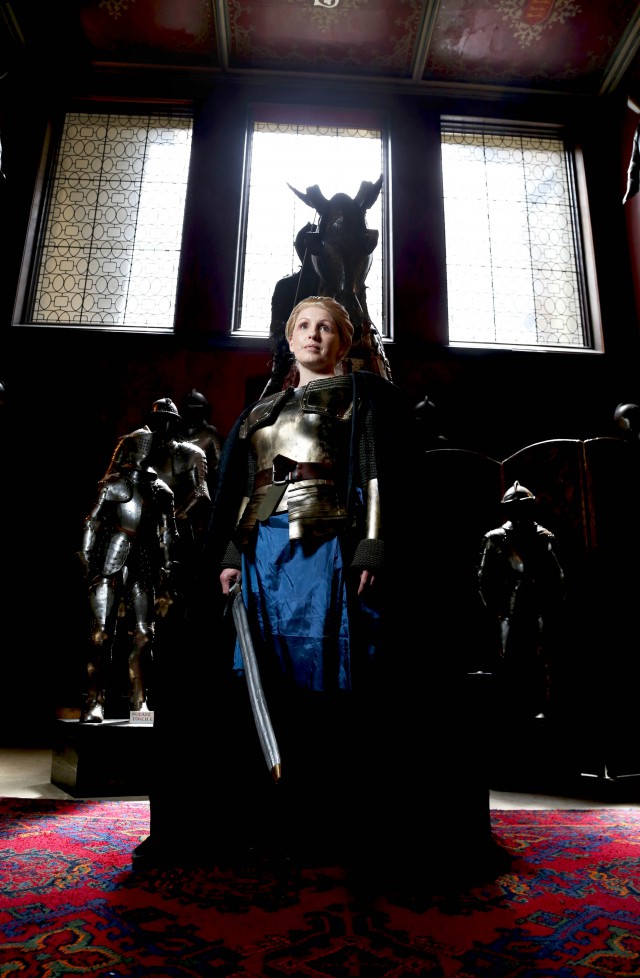 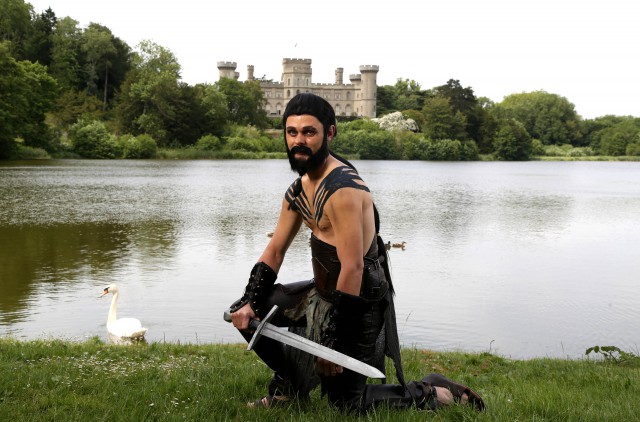 Although not old enough to enjoy the successful HBO series themselves, Darren and Kerry’s four children, (aged 15,14,11 and 9) dressed as the Stark children. 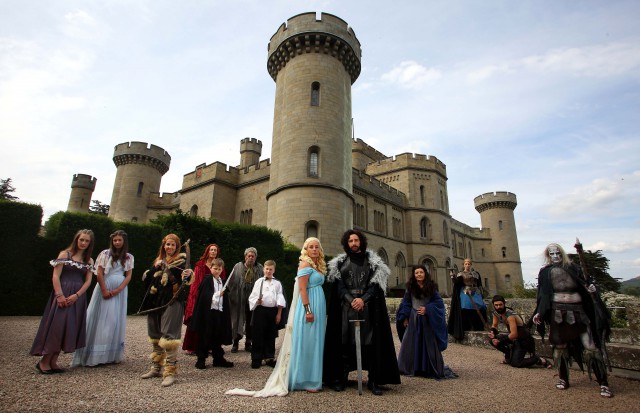 Adrian Letts, MD of blinkbox Movies added: “We are obsessed with Game of Thrones and we wanted to reward a couple that are as passionate about it as us. Our policy at blinkbox is simple: we make entertainment brilliant. We hope we’ve done that here today.” 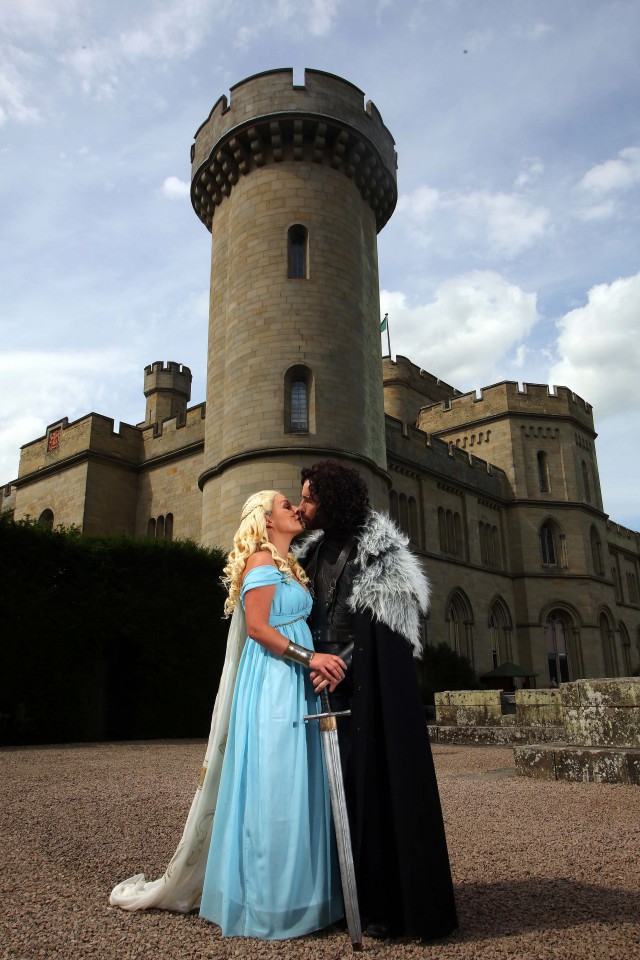 blinkbox is giving away 1,000 Clubcard points with every purchase of the fourth series plus a free Tesco finest 10” pizza.

For those who haven’t yet been gripped by the show, there’s an additional incentive to try it with blinkbox – 250 Clubcard points with the purchase of any of the previous three series.