Cartoon Network succeeded in attracting attention when it announced the release of a new series of The Powerpuff Girls.

Their clever plot to catch the eye of the people of Dubai was more effective than they could have anticipated- it even had people running in pursuit and pointing. To promote the return of the famous characters Blossom, Bubbles, and Buttercup, 3 custom made drones were created. 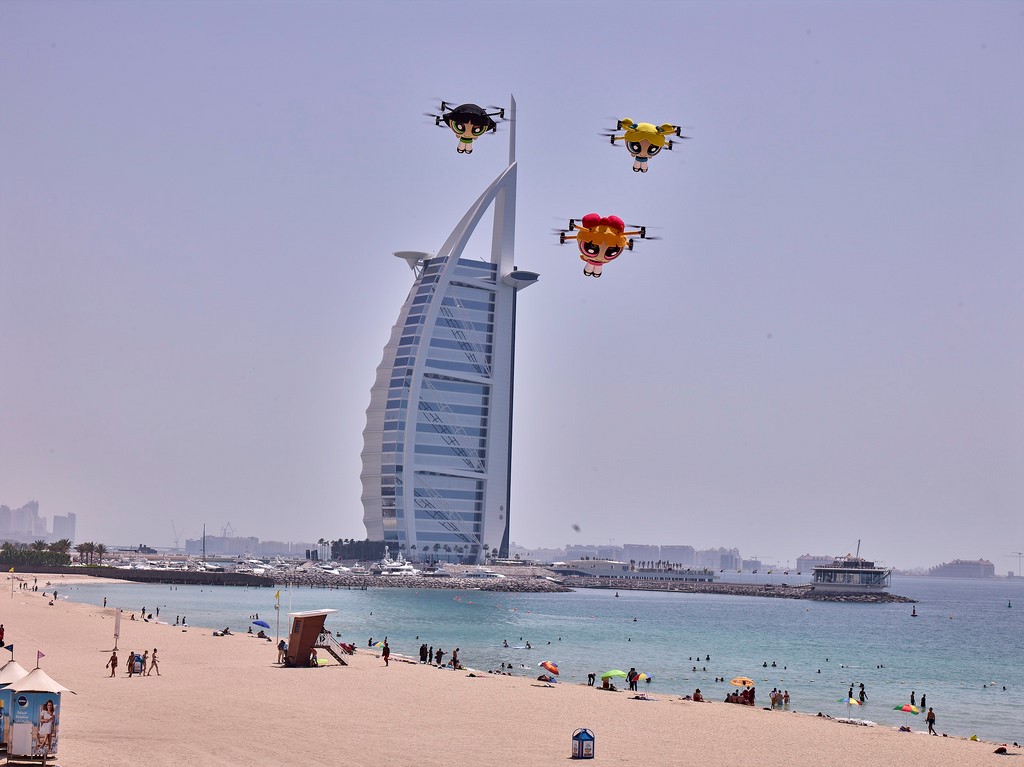 To the amazement of onlookers, these drones embarked on a scenic, aerial tour of Dubai. Their flight path included a low altitude trip over some of Dubai’s most iconic sights such as Kite Beach, Burj Al Arab and Burj Khalifa.

In the video put out by Cartoon Network the Powerpuff drones zip through the air superman style to the theme tune of the famous cartoon.

Kids stared open-mouthed as they flew by, but the legendary trio caused the greatest stir amongst people who had been alive to witness them in action on screens in the 90s. In interviews those who had witnessed the Powerpuff girl’s fly through recounted nostalgic tales of great times spent watching the Townsville triplets. It is fair to say that after ten years of Powerpuff free TV we are glad to see them back.