LONDON, 3rd January 2010; Two new male stars who made a huge impact when they burst onto our screens taking over the title roles in hit series go head to head as Doctor Who’s Matt Smith clashes with Sherlock’s Benedict Cumberbatch in the eagerly awaited National Television Awards. 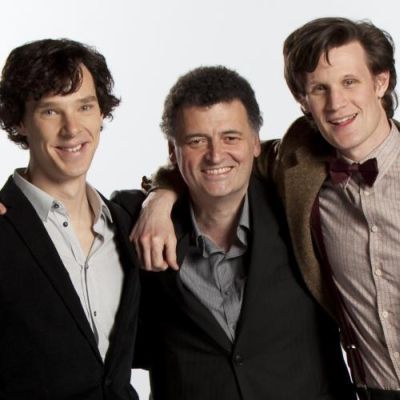 Joining the Doctor and the Detective in the fiercely contested Drama Performance category are five-times NTA winner David Jason and Ashes to Ashes star Philip Glenister.

Both Smith and Cumberbatch find themselves in a double challenge as their shows go head-to-head in the Drama category.  Both face competition here from Shameless and the compelling school drama Waterloo Road.

All the biggest stars from our favourite TV shows will be battling it out in 12 exciting categories in a night of nail-biting drama, red carpet glamour and high-octane music performances when the National Television Awards are screened LIVE on ITV1 in peaktime on Wednesday 26th January.

Voting on the Shortlist is NOW OPEN as viewers decide who will carry off the coveted trophies.  Hosted by Dermot O’Leary from London’s spectacular 02 arena, the 16th National Television Awards is the UK’s highest-rated awards ceremony where all the winners are chosen by viewers in a huge nationwide poll.

With Coronation Street currently celebrating its 50th Anniversary and making headlines after that tram crash, the stars of Weatherfield will be hoping to repeat last year’s NTA success with another win in the Serial Drama category.  But as always EastEnders, who’ve just notched up their own 25th Anniversary, will give them a run for their money.

As the massively popular X-Factor prepares to conquer America will it be the viewers’ choice again in the Talent Show Category?  Fierce rival Strictly Come Dancing has beaten it before and could waltz off with the prize again.  Simon Cowell has a second contender here with Britain’s Got Talent. Dancing on Ice completes the list of nominees.

While Dermot oversees the proceedings, he will also be in line for his first NTA for Most Popular Entertainment Presenter, but will he oust Ant and Dec as they aim for success in their record-breaking tenth consecutive year at the NTAs?  Davina McCall and Paul O’Grady also make the cut.

Get ready to make your vote count …

You can vote for your TV favourites by phone on 0901 888 2011.  Calls cost no more than 26p per minute from a BT landline plus no more than a 12p connection charge. Calls should last no longer than 6 minutes. Calls from other networks may be higher and from mobiles will be considerably more.

Or you can vote free online at www.nationaltvawards.com

New votes will be added to those submitted in the first round. VOTING CLOSES midday 26th January 2011. Winners will be revealed at the biggest, most spectacular National Television Awards ever, LIVE from London’s O2 arena, Wednesday 26th January on ITV1.

Host Dermot O’Leary will be inviting one lucky audience member up on stage on the night to present an NTA!!!

The Doctor Who Experience