LONDON, Wednesday 22nd December 2010: The legendary recording studios today announce that their application to list the Abbey Road Zebra Crossing has been approved. 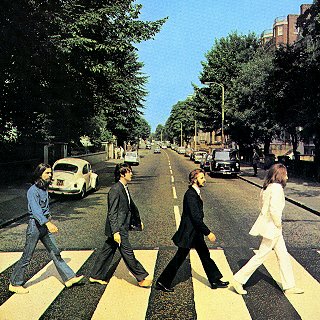 The Abbey Road Zebra Crossing has been closely associated with the recording studios since the 1969 album by The Beatles of the same name. Some 41 years after, the zebra crossing continues to be a London must-see destination, attracting thousands of music fans from all over the world.

The famous and not so famous recreate the image daily; Seal, Starsailor, Red Hot Chilli Peppers, Sugarland are just a few of the artists to have had their images captured on the Abbey Road Zebra Crossing. The Abbey Road Studios Facebook page is also where you can also see lots of fan photographs including some very unusual costumes and poses, and even a wedding reception.

Jonathan Smith, SVP EMI Studios, said of the campaign: “When the Department of Culture Media & Sport (DCMS) listed Abbey Road Studios, the iconic crossing was excluded from the listing. As an important cultural landmark and icon of British culture, we believed that the crossing should receive the same protection as the studios. We are delighted that this has been granted.”

The Studios’ webcam is directed towards the crossing where visitors can view themselves, friends or fans as they walk across the zebra crossing. Check it out at http://www.abbeyroad.com/visit/

Abbey Road Studios has been at the forefront of music recording and production since 1931.