To celebrate the 30th anniversary of EastEnders, Danny Dyer, who plays Mick Carter in the soap, has taken over the tannoy announcements at Bromley-by-Bow station today. 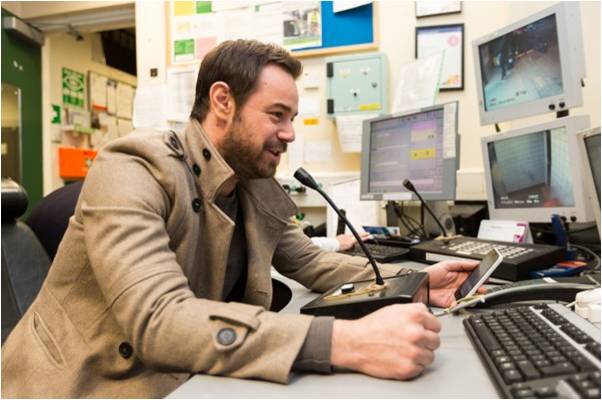 Show bosses chose the station, on the District and Hammersmith and City lines, because it is the one replaced by the fictional Walford East on Tube maps in the soap.

“I can’t tell you how much I loved sitting in the control room with them lovely ladies in their blue coats who work tirelessly,” Dyer told BBC News. 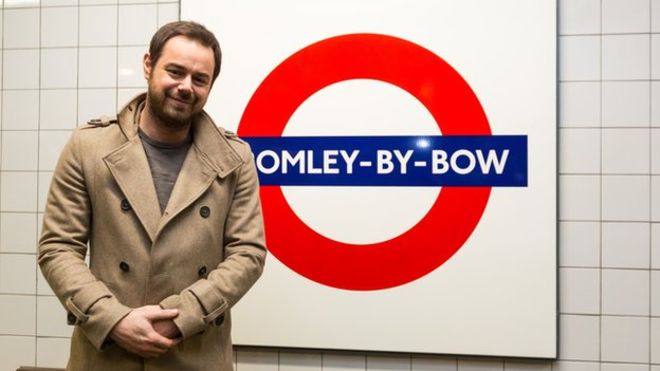 Danny has been spending his day off set and behind the microphone, telling delighted commuters to ‘back away from the closing doors’ and ‘mind the gap’.

Although, with true Dyer flare, they’re not quite your ‘average’ announcements, with him warning potential ticket evaders not to ‘shuffle’ in through the barriers behind someone with a ticket, or else!

This campaign follows the tannoy takeover last year which saw celebrities including Stephen Fry, Joanna Lumley and Barbara Windsor record safety messages which were then played at stations and on buses for London Poppy Day.

To hear Danny in full swing: visit The Evening Standard

Hollywood stars get a digital makeover