Samsung. Sony. HTC. Facebook. Some of the world’s biggest brands have thrown their hats into the Virtual Reality ring; with many of the products launching this year at various price points. “A New Challenger Appears!” is the cry from the sidelines, as an… unexpected competitor is joining the competition. 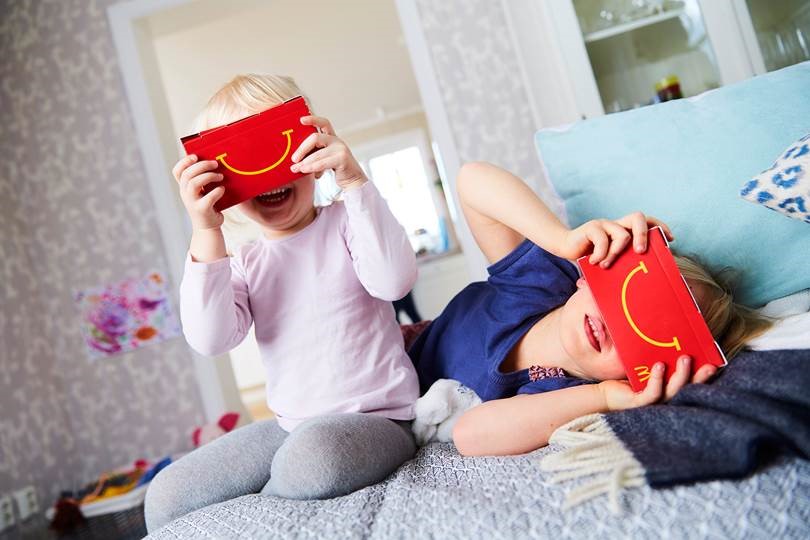 McDonalds in Sweden are trialing their very own VR headsets as part of the Happy Meal promotion. All you need is some scissors, a bit of glue and a smartphone (which they stress is not provided). It’s an idea similar to Google Cardboard but will only cost you the price of some nuggets and a milkshake, and McDonalds have even created their own game to go alongside it. Here’s an instructional video:

If this does well we could see it rolled out further afield than Sweden – and given the coverage this is receiving (even if most of it is a little baffled) I’d say there is a good chance.