Stunt Of The Day, billboard, drive thru, emoji, McDonalds|  Written By James

McDonald’s, famous for its innovative campaigning, has once again taken something commercialised and managed brilliantly, to further commercialise it.

Yes, McDonald’s have created billboards written exclusively in emojis, including their very own ‘McDonald’s Drive-Thru’ emoji.

This billboard joins McDonald’s previous emoji-esk campaign (below) whereby they created ‘pictograms’ using hundreds of tiny emojis. According to McDonald’s, this campaign, seen in France from April, “placed the brand at the heart of the pop culture.” 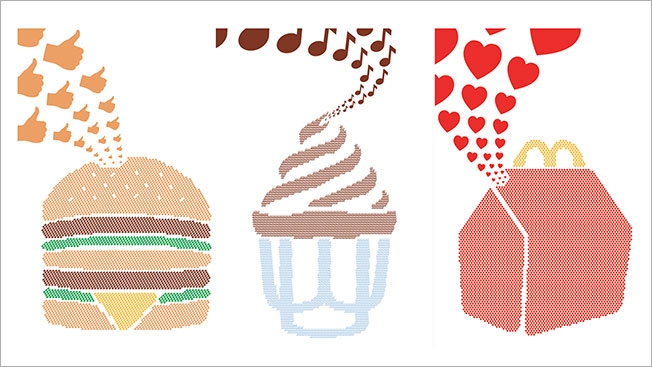 Now all that’s left is for the ‘McDonald’s Drive-Thru’ emoji to be added to the emoji keyboard…we are counting down the days!

Got your Alsatian… checkmate!