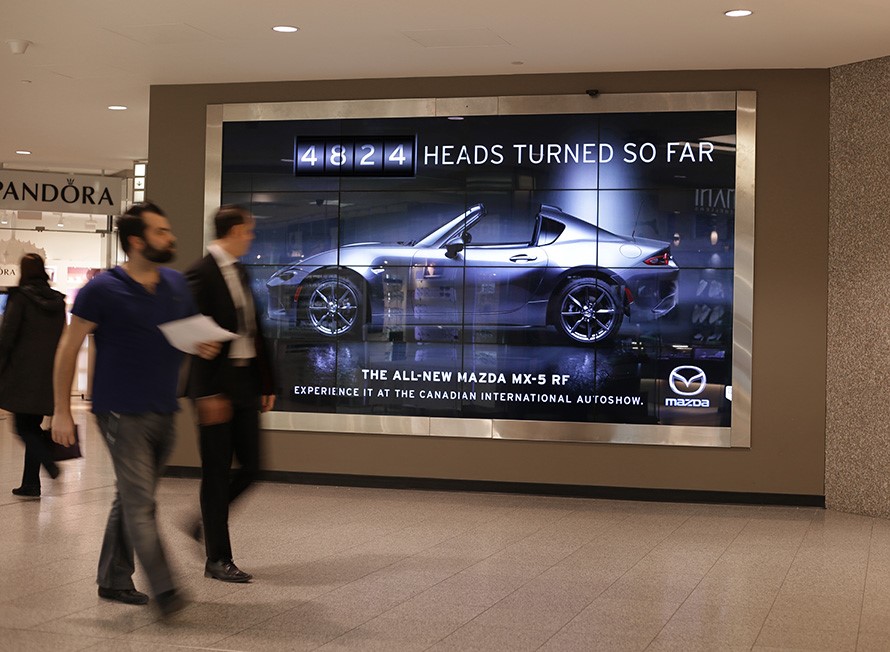 To launch their new model MX-5 RF Mazda have used new technology to create an interactive billboard which is able to track heads turning towards their new fancy car. Using a camera and facial recognition software it is able to count the number of head turns it receives which is then displayed on the screen. The digital billboard is located in the Royal Bank Plaza on Toronto’s busy  Bay Street and the “head count” has approached 15,000 in just two days.

The campaign led by J. Walter Thompson Canada was launched Monday ahead of next week’s Canadian Auto Show, where the brand will be debuting the MX-5 RF. The campaign will only appear in Toronto and only for a month.

Vincent Reboul, marketing director at Mazda Canada has said that he wanted to show that Mazda are becoming more quality-oriented but keeping the stylish and fun-to-drive design for their vehicles.