The mission to discover the real Mr Darcy was commissioned by TV channel Drama to celebrate Jane Austen Season, which starts on Sunday 12th February. 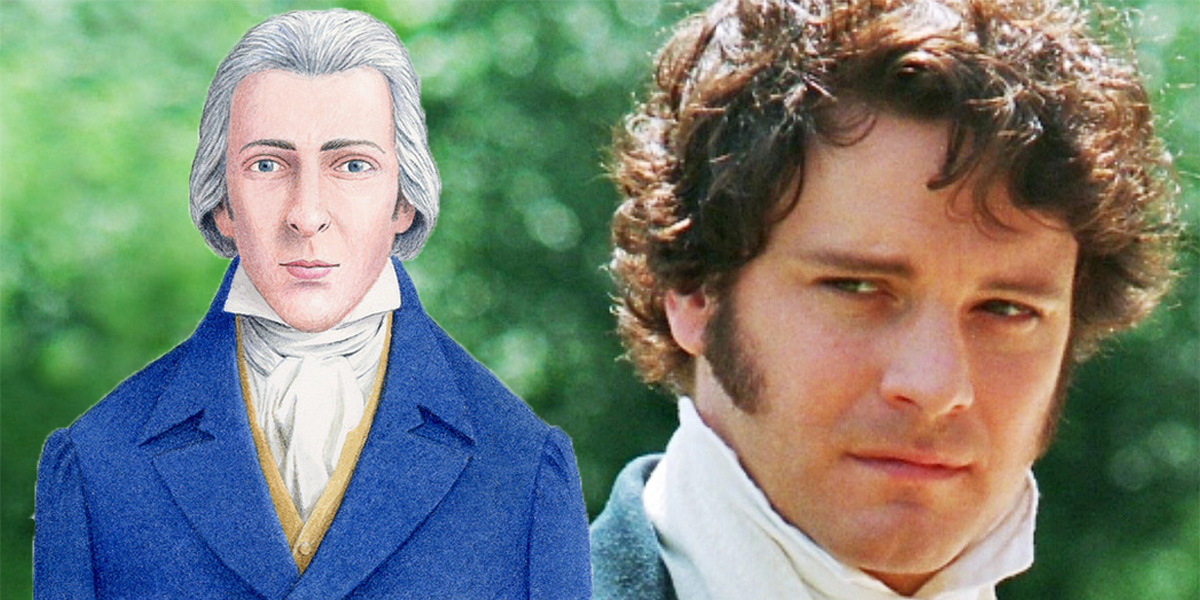 A new, historically accurate portrait of the most admired and revered romantic leading man in literary history, Fitzwilliam Darcy, has been unveiled for the first time, following new research by leading academics.

The new portraits paint a very different picture of the literary heartthrob when compared to modern day TV depictions, portrayed by Hollywood actors such as Colin Firth, Elliot Cowan and Matthew MacFadyen.

Instead of tall, dark and handsome, research reveals that Jane Austen’s fictional character, Mr Darcy from Pride and Prejudice, would have been pale with powdered white hair. He would also have had a long nose, sloping shoulders and pointy chin – a far cry from muscular modern day TV representations. 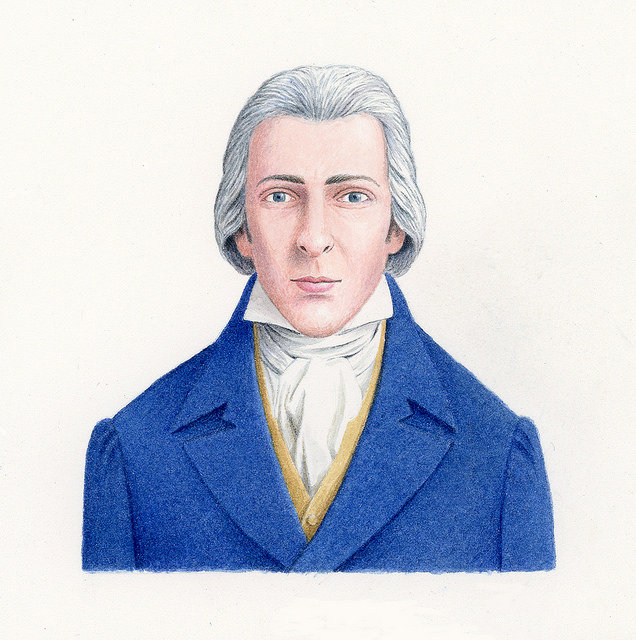 The mission to discover the real Mr Darcy was commissioned by TV channel Drama to celebrate Jane Austen Season, which starts on Sunday 12th February.

The study, The Real Mr Darcy – a dramatic re-appraisal carried out by John Sutherland, Lord Northcliffe Professor Emeritus of Modern English Literature at University College London and Amanda Vickery, Professor of Early Modern History at Queen Mary University of London, highlights how the qualities considered attractive have dramatically changed over the past two centuries.

The academics conducted a month-long study, investigating Austen’s personal life and relationships, drawing conclusions on who may have been the inspiration for Mr Darcy. Researchers looked into the existing descriptions and illustrations of the character, along with the socio-economic and cultural factors that would contribute to Darcy’s background, appearance and lifestyle.

Key findings of the research reveal the real Mr Darcy would have had:

Leading artist Nick Hardcastle took the academic research and brought the descriptions to life in a series of unique illustrations.

The Real Mr Darcy – a dramatic re-appraisal study revealed that Mr Darcy’s white powdered hair is reflective of the norms of the Austen era, with mid-length hair favoured over the shorter crop of today. The illustrations highlight Darcy’s pale complexion, a sign of wealth and privilege, and his long oval face shape. In the late 1790s, square jaws were practically unheard of amongst the upper classes, with the pointy chin and small mouth evident on Mr Darcy very common features of the gentlemen of the era.

Strong legs were an attractive and important feature to females of the time, with well-modelled thighs a sign of virility, a good fencer and horseman. The real Mr Darcy would also have been akin to many of the landed gentry of the time, with slim sloping shoulders. A muscular chest and broad shoulders was the sign of a labourer, not a gentleman.

Jane Austen’s romances have been well researched and documented over the centuries and it is believed that it was the 1st Earl of Morley John Parker, who was the inspiration for Mr Darcy. She also had a rumoured romance with Thomas Lefroy and it is likely he too provided inspiration for the character. Both men sported powdered hair and had long youthful faces with pale complexions. Other noblemen at the time, including Horatio Nelson, Leveson Gower and Arthur Wellesley, 1st Duke of Wellington, all also had similar features and were considered the pin-ups and sex symbols of their time.

Professor John Sutherland says, “There are only scraps of physical description of Fitzwilliam Darcy to be found in Pride and Prejudice; he is our most mysterious and desirable leading man of all time. What’s fantastic about Jane Austen’s writing is that Mr Darcy is both of the era and timeless. Our research for TV channel Drama’s ‘Jane Austen Season’ shows how Austen herself envisioned Mr Darcy, however the literature leaves space for the reader’s imagination to create their own Darcy and bring their own fantasies to the storyline.”

Professor Amanda Vickery says, “Mr Darcy is an iconic literary character, renowned for his good looks, charm and mystery. As Austen wrote Pride and Prejudice in the 1790s, our Mr Darcy portrayal reflects the male physique and common features at the time. Men sported powdered hair, had narrow jaws and muscular, defined legs were considered very attractive. A stark contrast to the chiselled, dark, brooding Colin Firth portrayal we associate the character with today.

“Drama’s The Real Mr Darcy – a dramatic re-appraisal study reveals that in recent times, Darcy’s character has been sexed up for the modern day audience with a turbo-charged injection of testosterone and steamy romance.”

Adrian Wills, General Manager of Drama says, “It’s incredible to finally see how Jane Austen may have actually been envisioning her Mr Darcy when she wrote Pride and Prejudice. Drama viewers will have loved the handsome and brooding portrayals of Mr Darcy by some of their favourite actors, so we are delighted to offer up another in time for Valentine’s Day. These illustrations might lead to a slightly different imagining of one of the most famous romantic heroes of all time”

TV channel Drama’s Jane Austen Season, from midday every Sunday from the 12th February until the 19th March. The season includes Jane Austen’s Pride and Prejudice, Sense and Sensibility, Emma and Mansfield Park.

Jane Austen Season starts for Valentine’s Day on Sunday 12 February at midday on Drama and available to catch up on UKTV Play www.uktvplay.co.uk

For further details and to read the full research paper, please visit: http://corporate.uktv.co.uk/news/