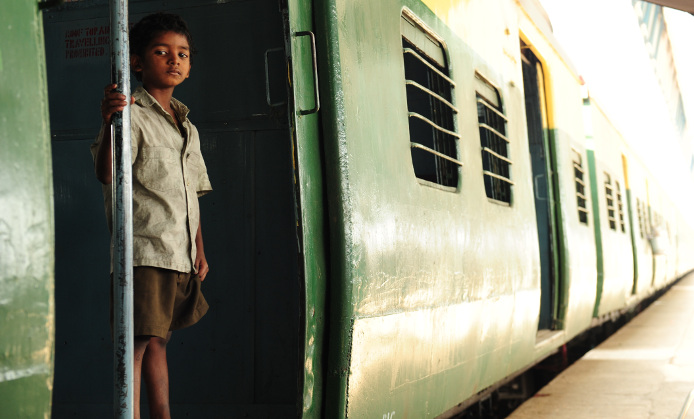 Many celebrities have come under attack in recent days for using award shows as platforms to address political concerns, especially when it comes to immigration. Some individuals online have claimed that actors and actresses have no place becoming involved in such discussions and should simply stick to acting.

Well, that is certainly not true for the 8 year old actor Sunny Pawar, star of the Oscar Best Picture nominee Lion, who was almost unable to attend his own premier back in November 2016 due to being originally denied a visa to enter the USA. It was only after pressure was applied from the production company that this was relaxed and he was welcomed in. 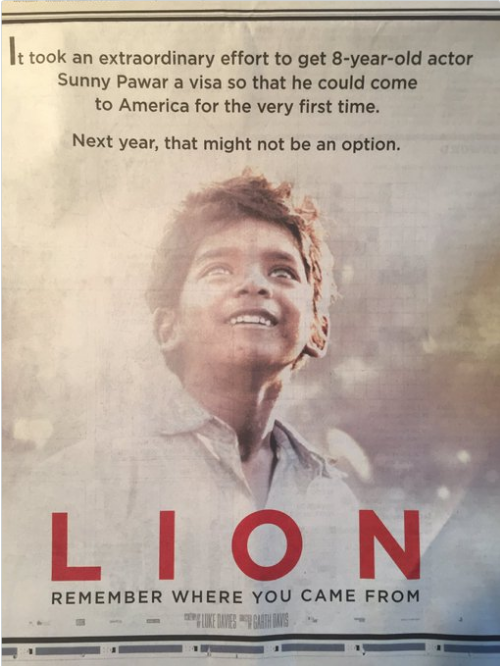 However should this have taken place during the Trump administration it may not have had such a happy ending. In response to the implementation of the travel ban the film has taken out a full page advert in the Los Angeles Times to draw awareness to the growing problems surrounding immigration. It reads “It took an extraordinary effort to get eight-year-old actor Sunny Pawar a visa so that he could come to America for the very first time. Next year, that might not be an option.” The advert has since been photographed, uploaded online and is now making the rounds on twitter adding fire to the ever heated front which is assembling against the 45th President.

The newest holiday sweeping Twitter. Brands wish us all a Happy Galentine’s Day.