Spring may be on the horizon, but for Game of Thrones fans, “Winter is Coming” and to celebrate the show’s return on Monday 25 April, Sky Atlantic has released its very own White Walker, international snow artist Simon Beck, to create the largest snow tribute to Game of Thrones on Earth. 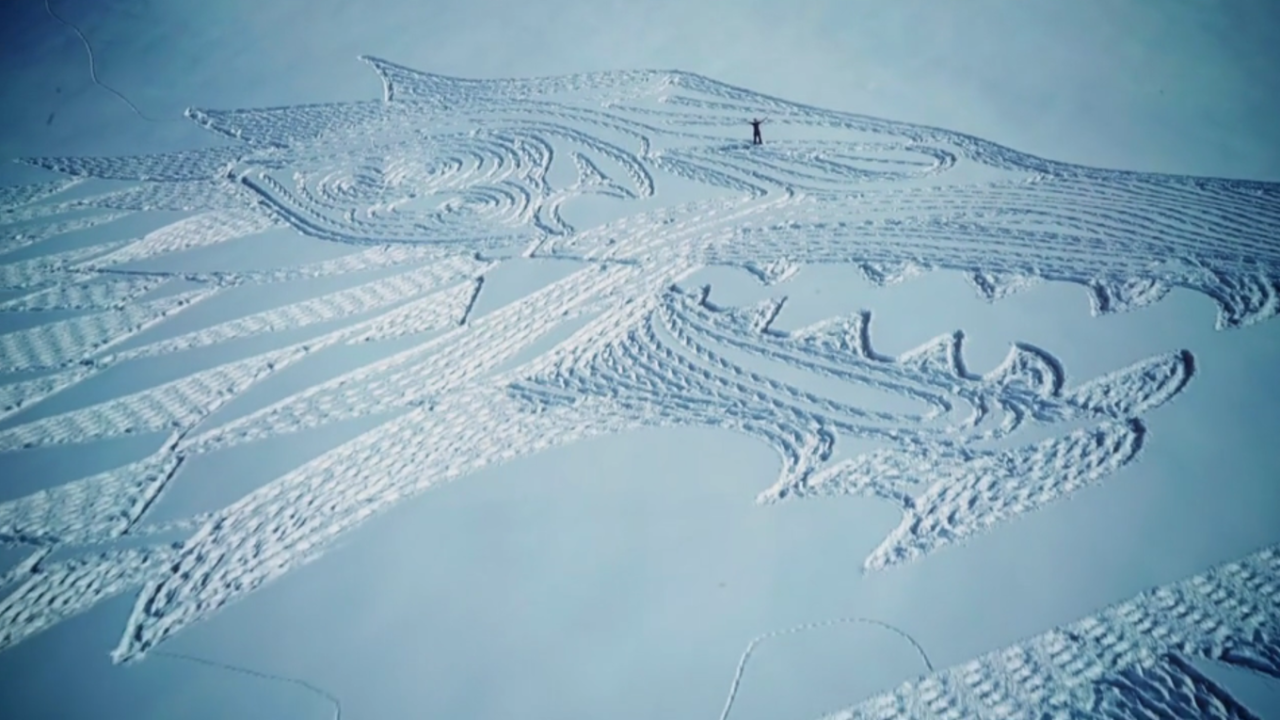 The video captures the scale as the camera flies away from a close-up of Beck, transforming the man into a dot on the snowy canvas.

Game of Thrones will return on 25 April.

See also: How we unleashed a Polar Bear on the streets of London

People in Stockholm are sprinting for a new pair of Reeboks