Food on-the-go retailer Greggs has put a new spin on the term ‘salad dressing’, as it unveils two couture-inspired dresses made entirely out of fresh salad ingredients.

The ‘Salad Dresses’, designed by celebrity costume creator Kate Tabor, were commissioned to celebrate the Greggs summer salad range following new research released by the brand which reveals a massive 61% of Brits say they are much more health conscious than five years ago. 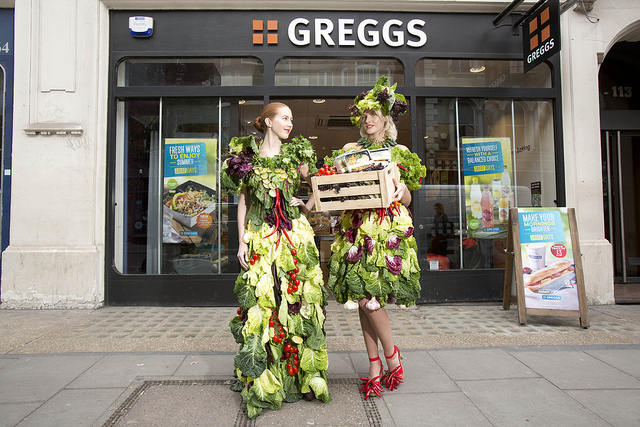 This is supported by the fact that Greggs’ range of lower calorie menu options now accounts for more than 10% of sales as it announces total sales were up 7.5% in first 19 weeks of 2017.

The salad dresses took a team of four designers around 200 hours to create, with the couture-inspired creations being built from a list of ingredients including lettuce, tomatoes, courgettes, peppers, jalapeños, onions, chillies and limes. 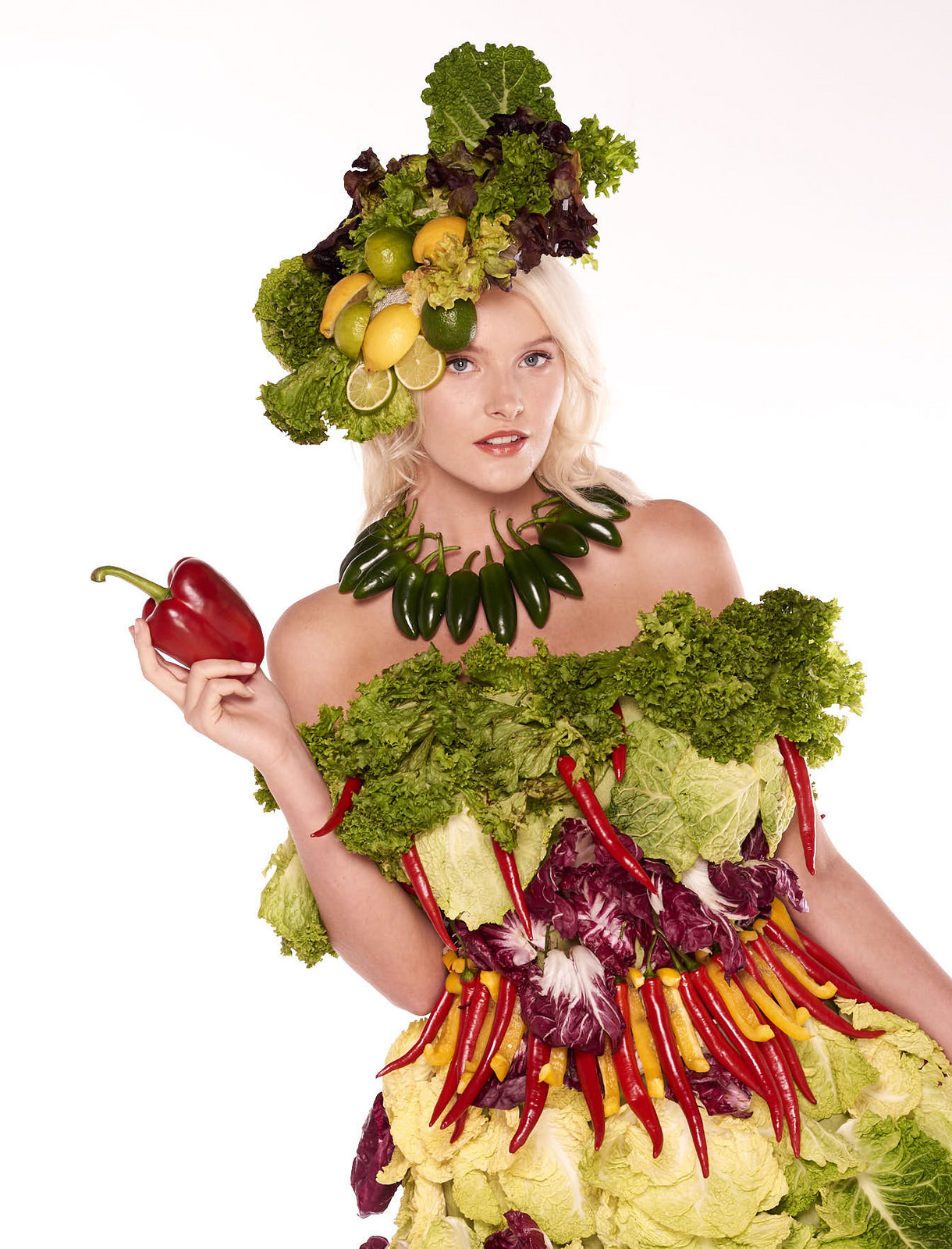 Designer Kate, who has created extraordinary costumes for Katy Perry’s music videos and stars including the Chemical Brothers and Birdy, began the design process by sketching an array of different styles, before an experimentation stage, testing out different ingredients to identify those which allowed the most visually stunning designs, while being able to create a design that could actually be worn by the models. 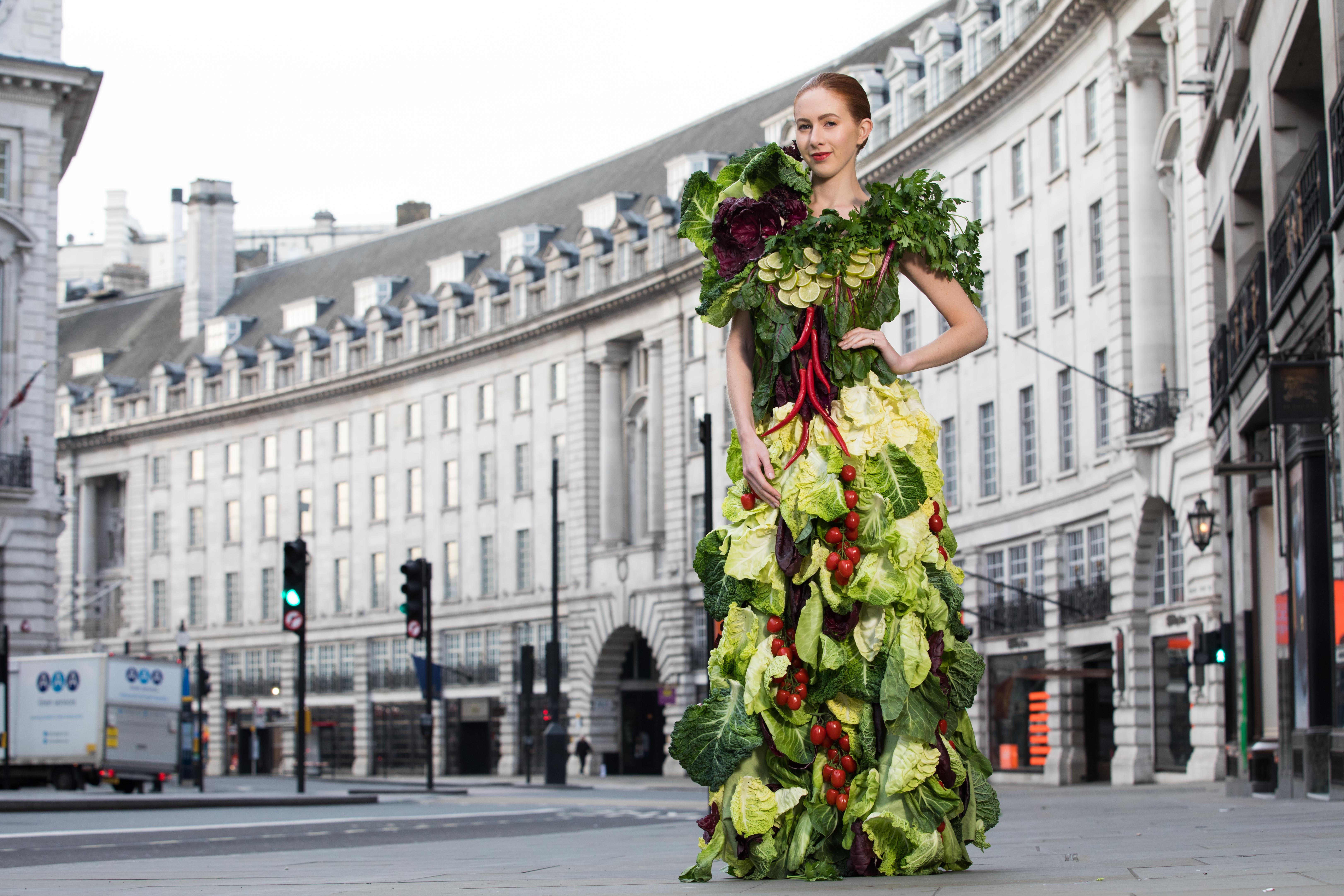 EDITORIAL USE ONLY
Scarlett Howard models one of two dresses made entirely from salad ingredients, which have been created to launch the new Greggs summer salad menu, in London’s Regent Street. PRESS ASSOCIATION. Picture date: Monday May 22, 2017. The couture inspired salad dresses, which took around 200 hours to create, have been crafted by costume designer Kate Tabor, who has previously made outfits for pop star Katy Perry and the Chemical Brothers. Picture credit should read: David Parry/PA Wire

The survey of 2,000 British adults also found over two thirds of Brits (68%) now rigorously read nutritional information before purchasing on-the-go items, and over half (54%) reporting that they regularly try to make healthy food choices – reflecting the continuing trend for focussing on healthy eating in the UK.

Kate Tabor, designer, said: “I’ve created costumes for Katy Perry and the Chemical Brothers to Birdy and Katy B, but I’ve never designed anything quite like this. Each dress is made up of over 20 individual ingredients from the Greggs salad range, with hundreds more of each making up the designs. This has definitely been my biggest challenge yet.”

A spokesperson for Greggs added: “More and more people are looking for a healthier option for their on-the-go food. We wanted to celebrate our new salads with something fun and a little different that everyone could enjoy – and we can all appreciate a bit of ‘salad dressing’!”

The production process involved a layered approach, building up from the base of the dress in a puzzle style, piecing the dress together one section at a time – plus coating the fresh leaves and sewing garlic cloves together with string.

The tailormade designs also hit the streets of London today (Monday 22nd May 2017), surprising passers-by in the capital’s fashion hot-spots including Carnaby Street and Regent Street.

Further research findings revealed us to be a nation of seasonal eaters, as 47% feel that salad and fresh vegetables taste better during the summer, and 1 in 10 of us eating a salad based lunch or dinner at least 10 times throughout the sunny season.

All are under 400 calories and meet green and amber on the Food Standards Agency traffic light system for fat, saturated fat, salt and sugar. To further encourage informed food choices, this year Greggs have been the first UK food-on-the-go brand to introduce traffic light labelling on its website and app.