Giant Hedgehog Comes Out Of Hibernation.

LONDON: Sunday 16th February 2014: A giant hedgehog was unveiled on Clapham Common this morning to celebrate the launch of David Attenborough’s Natural Curiosities on Watch at 8pm on 18th February. 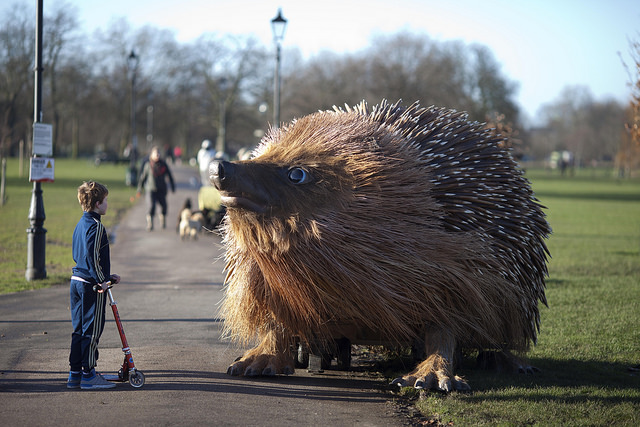 The lifelike structure was scaled up to be bigger than a rhinoceros or 4×4 vehicle – measuring 12ft long, 8 foot wide, and 7ft tall – and took a specialist team of sculptors over two months to design and build. 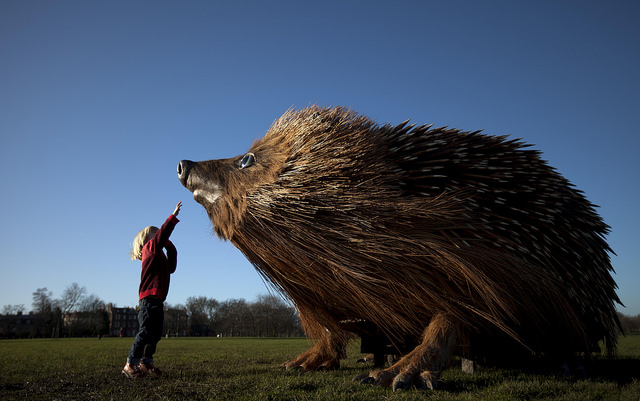 It is predominantly made from natural materials, including 2,000 soft wood spikes and fake fur produced from a combination of willow and coconut fibre.

Sculptor Andy Billet said, “This was my most challenging brief to date and we spent weeks replicating the skin tones and spikes to make the build as lifelike as possible.”

The sculpture has been unveiled alongside the findings of a survey commissioned by UKTV channel Watch which revealed that a quarter of British adults have never seen a hedgehog in the wild.

Moreover 74% of the nation expressed concern over the species’ dwindling numbers and believe that we should be doing more to protect and conserve the quintessentially British species.

Sir David Attenborough, who presents the show, commented: “The hedgehog is one of Britain’s greatest natural curiosities and this sculpture is a fitting tribute to one of our most delightful species. The fact that a quarter of British adults have never seen a wild hedgehog suggests that we are witnessing rapidly dwindling numbers which is a concern. Hedgehogs have some interesting habits and play a very useful part in keeping down all kinds of insect pests.  What people don’t know about hedgehogs is that in the wild they have vast territories, and they roam for miles on end.  And how do they mate? Very carefully!”

The hedgehog is featured in the second series of David Attenborough’s Natural Curiosities which explores the stories of extraordinary creatures and reveals why he considers them to be natural curiosities.

Sir David shares the stories of extraordinary creatures and reveals why he considers them to be nature’s curiosities in David Attenborough’s Natural Curiosities. Each episode of this ten-part landmark series features two different animals with curiously distinctive evolutionary quirks, linked together by a common theme. Sir David looks at the emperor penguin and the wood frog, both of which survive in conditions so cold they seem to defy the laws of nature; the rhino and the hedgehog, two animals that hide behind seemingly impenetrable armoured coats; and gorillas and vampire bats, who both have unfairly gained frightening reputations within the animal kingdom.

David Attenborough’s Natural Curiosities, is a new and exclusive series on Watch, Tuesdays at 8pm from 18th February 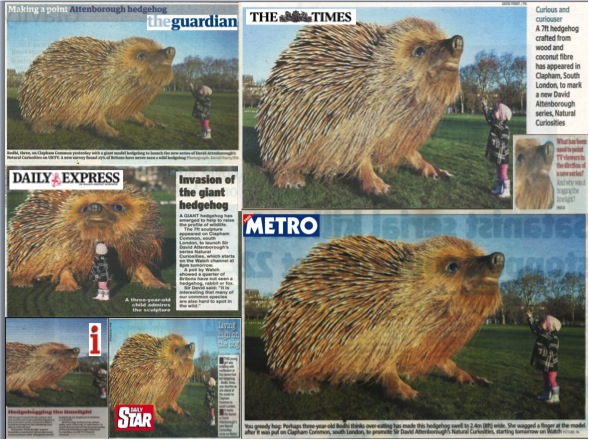 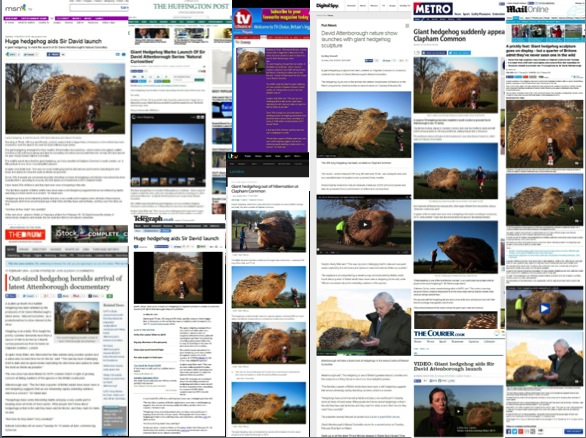 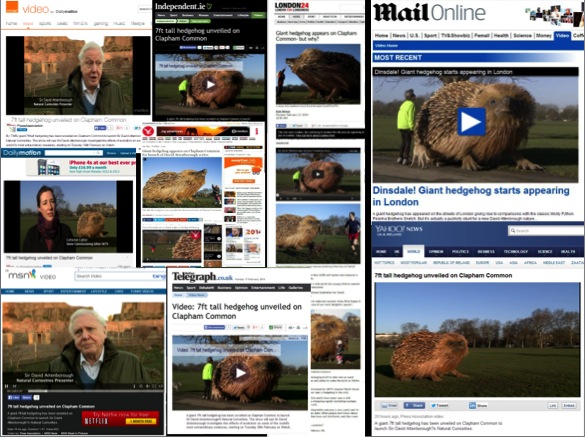 Paddy Power Get Lucky At The Brits With Dummy Daft Punks