You may have witnessed an acquaintance on your social media begging their favourite artists to perform where they are.

Foo Fighter’s super-fan Fabio Zaffagnini realised this, and so set about attempting to drum up support for an elaborate stunt to get his beloved Foo Fighters to come to his home town of Cesana, Italy, where they last performed in 1997.

Through a combination of crowdfunding and a gargantuan recruitment campaign, Zaffagnini was able to put together a jam session of epic proportions, curating a 1000 person strong musical orchestra captained by award-winning conductor Marco Sabiu for a recital of the bands hit ‘Learn to fly.’ 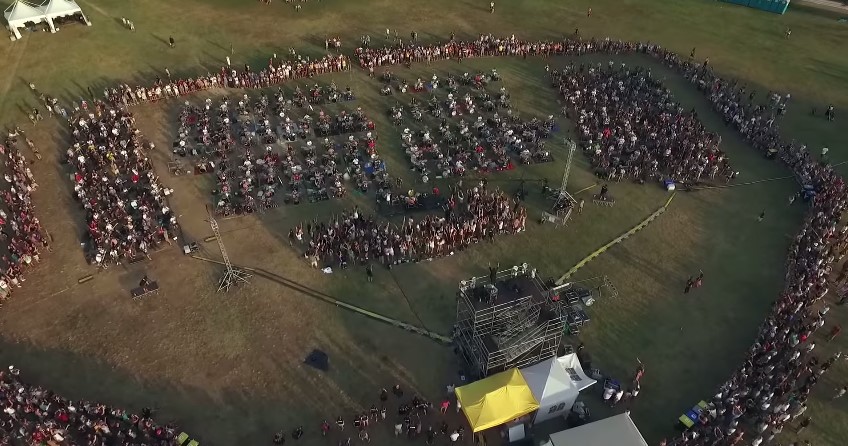 An energetic performance saw Zaffagnini’s efforts come off in spectacular fashion, with the fusion of 1000 enthusiastic rockers resulting in some pretty awesome video footage.

Unsurprisingly, the Foo Fighters took note – It would have been a shame if they missed it after the people of Cecena went through all that ‘treble’! 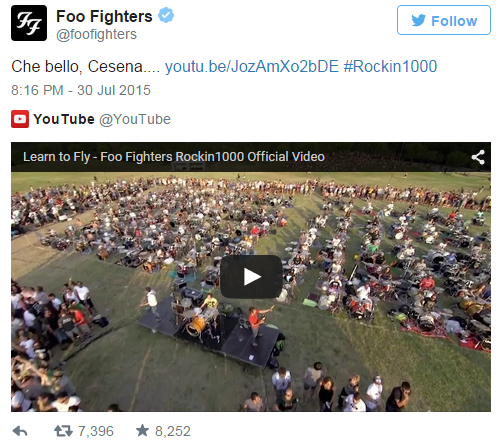