We love a stunt in a train station. There are few stations in London that lend themselves quite as well to impressing people as St Pancras though; thousands of people move through that station daily, coming from all over Europe to experience London. The mood can be heavy, though, with train delays, overcrowding and long days all adding to the tension. St Pancras has one thing that always lifts the mood though.

The pianos in St Pancras attract people of all abilities; people play Chopsticks, The Rugrats theme tune all the way up to classical masterpieces.

But when Elton John sits down? Everyone takes notice.

@eltonofficial playing the #Yamaha piano he gifted and signed at #StPancras today! pic.twitter.com/FVgDourh0W

The music legend delighted fans and commuters with an impromptu performance to promote his upcoming album and tour and has, already, gone global in the mainstream news and on social media. 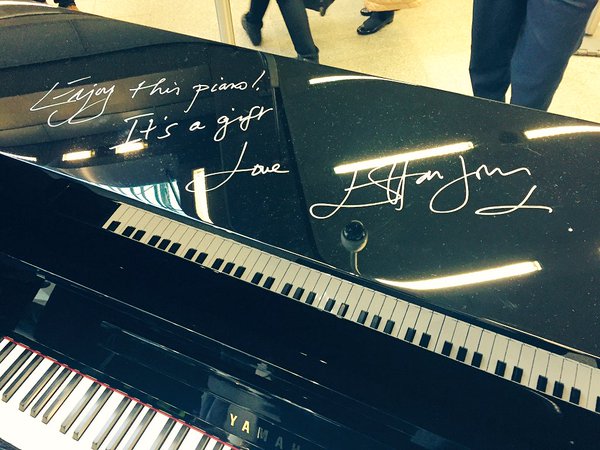 Getting your love life back on track with Virgin