Taking place on 26th – 28th of August the MGEITF is the only industry event that brings together the great and the good, the heroes and villains, the stars of the screen and the people that make them.

The festival weekend will feature a line up of sessions that focus on the year’s finest successes, addresses the current issues that face us all, and provide information, celebration and networking with the cream of the television industry and beyond.

Dr. Eric Schmidt, Executive Chairman of Google, will deliver this year’s MacTaggart, discussing the unique role that Google occupies across global media and how TV business can engage with the giant of modern media. 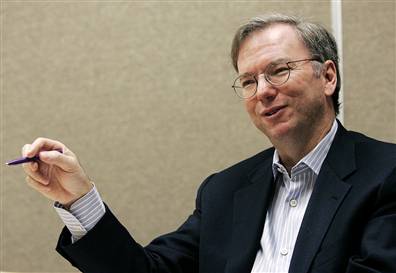 Particle Physicist and TV’s man of the moment, Professor Brian Cox, will deliver the Alternative MacTaggart Lecture offering his analysis of TV as an enduring medium, his own phenomenal success and the meaning of the Universe.

Comedy mogul and founder of Avalon Group, Jon Thoday will give the Richard Dunn Memorial Interview.  He will be opening up his extraordinary career in comedy management, production, opera, events and more, and discussing how he launched the careers of some of the UK’s best known comedians and continues to occupy a hugely powerful role across the whole entertainment value chain.

Three-time winner of the Royal Television Society (RTS) Journalist of the Year award, Dubai-based Sky News reporter, Alex Crawford, will deliver the Worldview Lecture, focusing on recent events in the Middle East, and the changing role of news in growing, multicultural society.

Danny Cohen, Peter Fincham, Jay Hunt, Stuart Murphy, Janice Hadlow, Jeff Ford, Richard Klein and James Hunt will feature in the 2011 Controllers Sessions – each one guaranteed to provide an in-depth and informative look at what their channel has in store for viewers in the future, whilst answering audience questions.

The stars of ITV2’s multiplatform phenomenon and runaway success, The Only Way is Essex are joined by producers and commissioners to talk vajazzling, spray tanning, and the blurring of fact and fiction.

The stars and creators of the massive ratings and critical success Downton Abbey will be deconstructing its popularity, examining its narrative structure and its modern appeal, as well as exclusively previewing the new series – a must see for all fans.

Award-winning actress, writer and new entrant to the British comedy pantheon, Miranda Hart, will give a masterclass covering the creative process and the future of comedy.

Journalist and presenter Miriam O’Reilly joins a panel discussion examining the relationship between older women and television in Too Old for HD? The session will explore the different ways TV women have adapted – or not – with the changing face of television.

In a year when new boundaries have been pushed in comedy programmes, 1980s light entertainment legend, Jim Davidson, reflects on the industry that loved him, supported him but ultimately rejected him, as he discusses the changing nature of acceptability in comedy and television as a whole.

MGEITF will kick off with an opening session guaranteed to have the audience laughing in their seats as Family Fortunes takes to the stage as you’ve never seen it before. Vernon Kaye will host this special edition of everyone’s favourite gameshow, with commissioning “families” from the BBC, ITV, Channel 4 and Sky competing to demonstrate their superior understanding of TV audiences, with prizes, audience participation and much, much more!

The Arqiva Channel of the Year Awards will be jointly voted for by festival delegates, MediaGuardian readers and members of the public, by viewing videos and completing an online survey designed by new research partner GfK Media. 2011 marks the first year that Indies can enter the awards to showcase the shows and talent that they feel deserve industry acknowledgment, with the introduction of three new awards; Cross Platform Innovation Award, Producer or Director Debut and Indie of the Year.

Advisory Chair of the Festival, George Entwistle, said:  “The television industry is in an exciting place and this year’s Festival is going to be fun, it’s going to be frenetic, and you’ll have some tough choices to make between the four concurrent content streams, not to mention workshops, screenings, networking, parties and plenty of debate. I can’t wait to get to Edinburgh for what is set to be the most ambitious Festival to date.”

Director of Entertainment and Comedy at ITV and Executive Chair of the Festival, Elaine Bedell added: “Edinburgh this year is going to be an unmissable event for anyone working in the industry – this is an irresistible mix of provocative debate, and fascinating creative insight and access, making a perfect Edinburgh TV festival. And there will be more to come!”

Registration for the 2011 MGEITF is now open. The early bird rate of £500 + VAT is currently available until 24th June. Click here for more information www.mgeitf.co.uk