Kevin Spacey is at the centre of this year’s Festival, which is heading towards being the biggest celebration of innovation in the history of the event. Spacey will deliver this year’s MacTaggart Lecture, following in the footsteps of former speakers including Elisabeth Murdoch, Eric Schmidt, Mark Thompson, James Murdoch, Dennis Potter, Michael Grade and Rupert Murdoch.

Taking place on 22nd – 24th August 2013, the three day festival features a line-up of sessions that focus on the year’s most successful shows from the surprising breakthroughs to the big hitters and explores innovations and issues that the industry continues to face.  Idea generation, networking with the most influential people in the industry and a celebration of the rapidly changing distribution channels are just some of the draws at this year’s Festival.

The 2013 GEITF programme line-up features two of this year’s most talked about series: The Great British Bake Off and The Undateables.

Sessions with some of television’s most entertaining talent and execs include a Breaking Bad masterclass with creator and executive producer Vince Gilligan, Miranda Hart’s delivery of the Richard Dunn Memorial Interview, The Alternative MacTaggart with Mary Portas, Brian Henson’s Evolution of Puppetry, In Conversation with Gary Neville: From Pitch to Pundit, and Making Crime Pay featuring Jane Featherstone, executive producer of this year’s breakout hit Broadchurch.

The Channel of the Year Awards return, hosted by Dara O Briain, with new categories to recognise and celebrate this year’s exceptional programming.

GEITF will kick off with a sprinkling of stars in The Great British Bake Off: Edinburgh Special which will be a Festival reworking of the renowned series hosted by the show’s own Mel and Sue.

The live special edition of the BAFTA-award winning BBC Two show will feature the popular panel Mary Berry and Paul Hollywood as they judge the baking skills of TV’s top execs.  They will be taking part in the ultimate baking battle to take the crown for the TV industry’s Best Baker.  The experts will inspect, critique and sample the baked goodies and decide who gets to have their cake – and eat it. 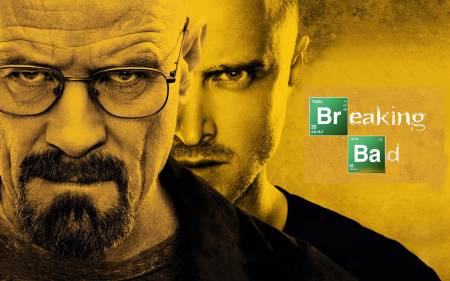 Breaking Bad creator and executive producer, Vince Gilligan will lead Breaking Bad: The Network & GEITF Joint Session Masterclass about this ground-breaking series from Sony Pictures Television, which has made him one of the world’s hottest names in television and has redefined dramatic storytelling along the way. The last ever season of Breaking Bad will be on air during the Festival, with the grand finale about to broadcast, making it a true honour to welcome him to the event.

Miranda Hart will deliver the Richard Dunn Memorial Interview.  This keynote is an in-depth, hour long interview with the actress, comedian and writer, about her career to date, her work ethic, the creative process and what’s next. As one of THE biggest names in television today, whose star just keeps on rising, the Festival is thrilled to have her come and discuss both her achievements to date and her future plans.

Gary Neville will be interviewed by his Monday Night Football co-presenter Ed Chamberlin on his incredible career for club and country, as well as his fresh take on the TV industry in In Conversation With Gary Neville: From Pitch to Pundit. As a player he divided opinion, but now football fans are united in their praise for the England and Manchester United legend as he has gone on to become one of football’s most insightful broadcasters.

This year’s The Alternative MacTaggart will be delivered by broadcaster and retail expert Mary Portas, who will be defending truth in television, and asking why simplicity and integrity are so often sacrificed by channels and programme makers in their quest for good overnights.

Frank Skinner will be attending this year for a unique version of the nation’s favourite pet-hate comedy show offering some of TV’s top execs the chance to reveal their TV industry peeves in Room 101: Edinburgh Special, before battling it out to see whether their gripes and grievances deserve to be banished!

In Brian Henson’s Evolution of Puppetry, Brian, son of Jim Henson and award-winning director, producer and puppeteer, will give an inside view of the use of puppets and how they have evolved on TV and the big screen, from The Muppet Show to the modern day.

Featuring an exclusive live musical performance, multi-award winning composer David Arnold will be discussing composing music for the world stage to the small screen including the Olympics, Sherlock and Bond in David Arnold Live: Music and Storytelling.

The Undateables is one of the unexpected factual hits of the last few years, a series about love and disability that’s had everyone talking. It’s a tough show to make, and A Masterclass: The Undateables will talk to commissioner Liam Humphreys and key members of the betty production team to get to the bottom of how they pull it off.

Meanwhile, A Pointless Masterclass: How Daytime Formats are Becoming Primetime Hits will reveal how this cult hit has moved to become a BBC One favourite. Co-host of the show Richard Osman, co-creator and exec producer David Flynn, Chief Creative Officer, Endemol UK and former Controller of BBC Daytime Liam Keelan will look at how the show was conceived and made the move from daytime to Saturday night hit.

No-one starts out intending to make a bad programme. The Worst TV I’ve Made That Taught Me Everything examines what happens when that is exactly what you end up with.  In a joyous celebration of failure, four brave TV execs will show ‘horror’ clips and talk to Wayne Garvie about the worst shows they’ve ever made. Brave guests include Jonathan Stadlen, Executive Producer, Knickerbockerglory, Murray Boland, Creative Director, CPL, Lisa Clark, Company Director, Pett Productions.

A review of recent primetime successes reflects the enormous popularity of crime dramas.  Why does it always deliver? Making Crime Pay investigates what makes the perfect crime drama and what the limitations are in an already overcrowded genre. Confirmed panelists include: Broadchurch Executive Producer Jane Featherstone, Neil Cross, Creator of Luther and Mark Billingham, Crime Novelist.

Beyond Broadcasting: Working with the New Entertainers – YouTube, Xbox, Machinima will look at the new commissioning players who have millions of pounds to spend on original content. This session covers what they’re looking for, how to pitch to them and what to expect from a new breed of commissioners in our increasingly digital age.

Four of the biggest hitters in the world of talent management will tell us exactly how to seduce them and their starriest clients in Speak to my Agent: How to Survive the Talent Wars We’ll hear what kind of cold calling they respond to and what guarantees an instant rejection, how to navigate the challenges that can arise in the course of working with talent and discuss the shifting power struggles between broadcasters with shrinking budgets, producers with good ideas and agents with ‘box office’ talent.

Dara O Briain will be adding his own brand of humour as host of the Channel of the Year Awards 2013. New awards this year include Channel Breakthrough, Production Company and Programme Innovation.

GEITF have teamed up with BAFTA ROCLIFFE to host the final of this year’s Sitcom Showcase. Hundreds of entries have been whittled down to two finalists by our comedy jury Jessica Hynes, Kenton Allen (Executive Producer, Rev, Friday Night Dinner) and Myfanwy Moore (Controller of Comedy, ITV).Both ten minute scripts will be performed live on stage at GEITF by a cast of comic talents in front of a judging panel including John Bishop & Shane Allen (Controller of Comedy, BBC). One of the selected scripts will be picked in front of the audience and awarded a full script commission for the BBC.

Advisory Chair of the Festival, Karl Warner comments:  “This year’s schedule brings together a diverse mix of the world’s most creative and inspiring talent working in television. From Hollywood A-listers to cake baking legends; every burning issue and every form of storytelling will be debated, and celebrated.”

Executive Chair of the Festival, Elaine Bedell adds: “Once again, this year’s Edinburgh TV Festival is bringing together an irresistible mix of key industry creatives, movers and shakers.  Karl and his committee have worked hard to make sure there’s something for everybody and I’ve no doubt that Kevin Spacey’s MacTaggart will inspire the sort of debate and argument that makes Edinburgh the most enjoyable and entertaining media event of the year.”

GEITF is the essential fixture for everyone in the television industry wanting inspiration, networking, learning and fun.  The Festival is unique as it is created by the industry for the industry, bringing together the great and the good of the television world. Taking place on 22nd – 24th August 2013, the three-day Festival will feature a line-up of over 50 sessions and mixes the stars of the screen with the people behind the scenes that make them so recognisable.

That Tuesday Thing [No.3]