Channel 4 has announced that they will shut down E4 on the day of the general election (May 7th) in an unprecedented move to encourage youngsters to trade viewing for voting.

Less than half of under-25s voted at the last election and as the number one digital channel for 16 to 34-year-old viewers, E4 is leveraging its position to help relieve people of their voter apathy.

For 12 hours from 7am (when the polls open), viewers tuning in will be greeted by “Darren”, the man responsible for keeping E4 on air in the behind-the-scenes control room. 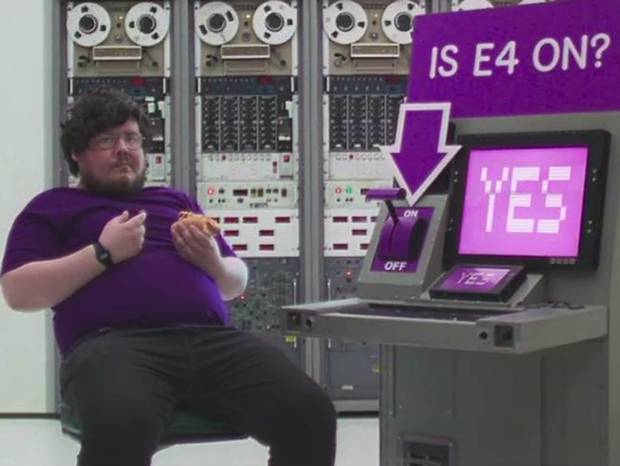 The initiative will be accompanied by a pre-election marketing campaign that says:

“How many times have you missed life-changing events because you wanted to watch your favourite show?

May 7 is Election Day and Darren is going to turn E4 off so you might as well go and vote.  You won’t forget will you Darren?”

What this means in real terms of course is that people hoping to see the originally scheduled hit US comedies The Big Bang Theory and How I Met Your Mother will be disappointed.

However, in time, and when reflecting on how voting decides who will run the country and by extension influences all of human history, we are sure they’ll understand…  Besides, normal programming resumes at 7pm – just in time for Hollyoaks!