LONDON, 26th April 2016: London commuters got an eyeful this morning as a number of ‘Stags’ were spotted chained to lamp posts, taped to benches and handcuffed to bus stops across the capital. 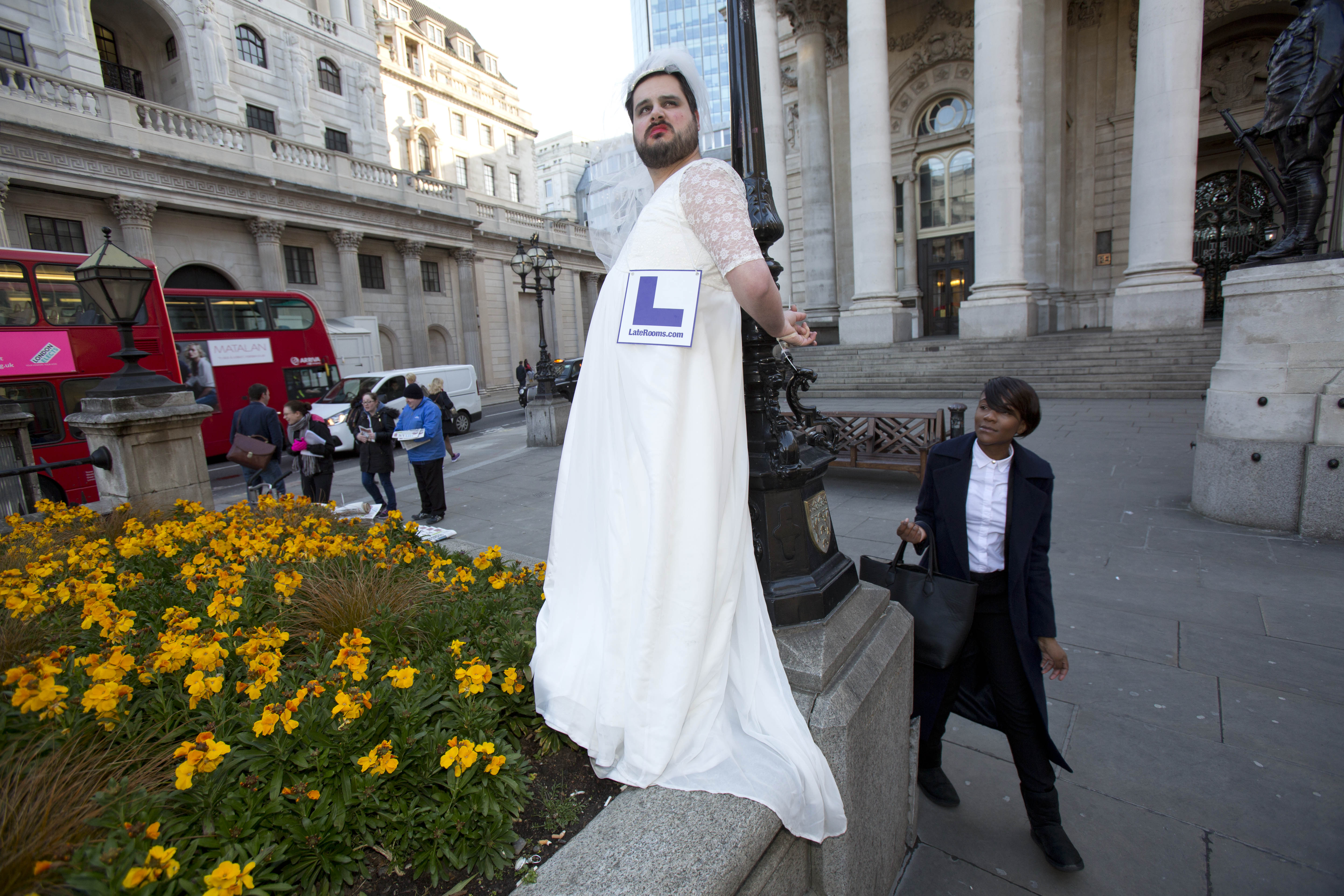 These scenes of stag party aftermath were staged by LateRooms.com as an audacious marketing stunt to celebrate the start of peak wedding season.

The ‘Stagvertising’ campaign was designed and executed by creative agency Taylor Herring as part of LateRooms.com’s ‘It’s Going To Be A Great Night’ campaign, which celebrates super-fans who are passionate about and proud of their interests and hobbies. 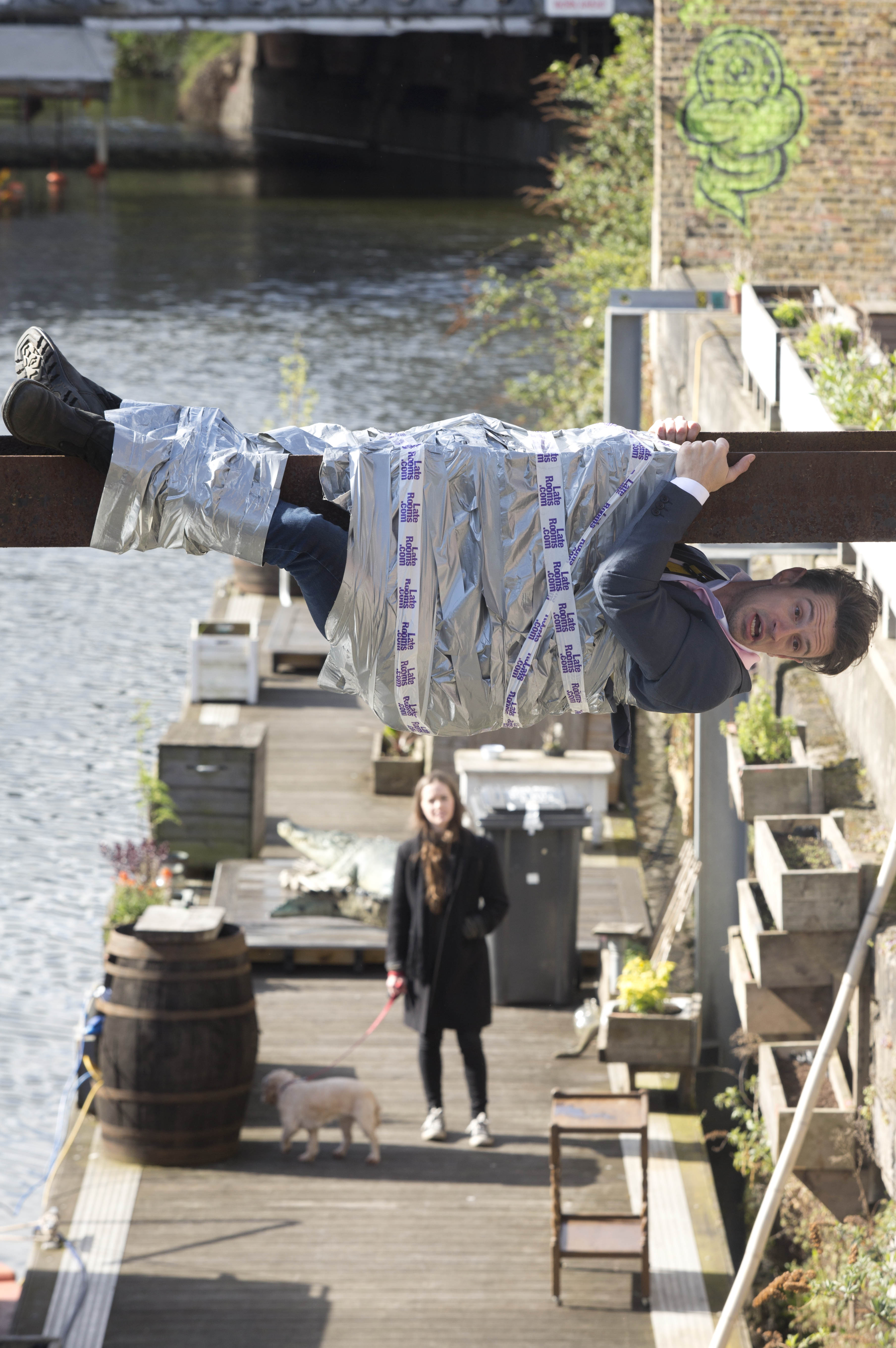 The ‘Stags’ were spotted across London at locations including Westminster Bridge, Victoria Park and even outside New Scotland Yard. The plucky actors were seen looking a little the worse for wear, sporting everything from silly costumes to a wedding dress – and even just their pants! 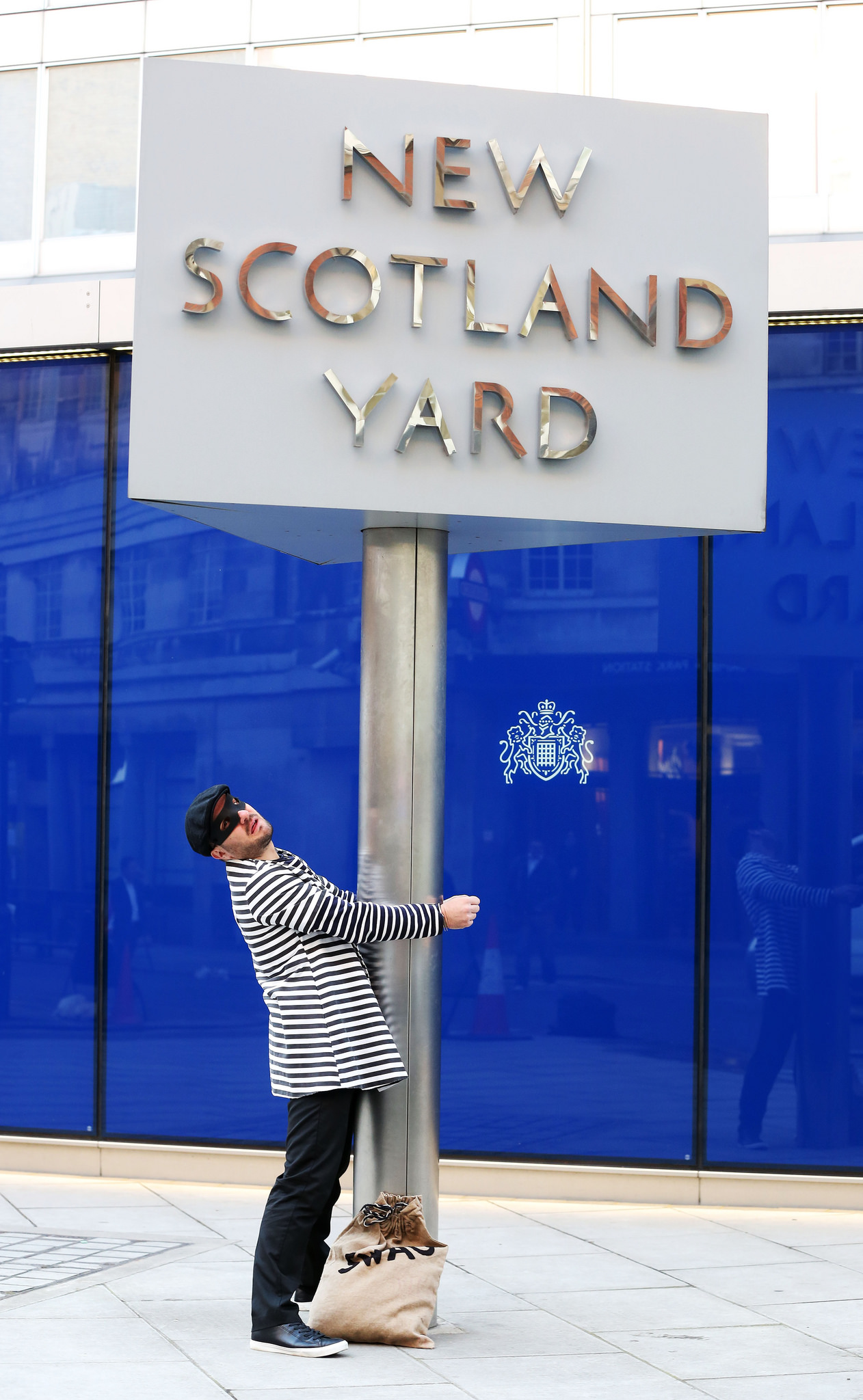 PR activity to support the marketing campaign included a research based news story that reveals just how far brides, grooms, their best men and maids of honour will go to mark the end of single life.

The research reveals a clear gender divide, with people attending Stag dos spending £346.19 on average, compared with those attending Hen dos, who will spend £286.96. Stags were also more likely to splash out, with a smaller percentage (6%) admitting to spending over £1,000 on their mate’s final blowout.

London was voted the top location for both stag and hen weekends in the UK, while Amsterdam is the favoured foreign destination for stags, and hens are more likely to choose Dublin. But over two in five stags (44%) secretly dread the weekend away. Over a third of men revealed that they would happily swap typical stag activities such as zorbing or go-karting for a relaxed meal or even a spa break (38%), while a far greater number of women would much rather be doing something more adventurous on a Hen weekend (60%).