Stunt Of The Day, Comedy Central|  Written By James

TV channel Comedy Central have marked the return of hit series Two And A Half Men by changing the name of a number of English villages bearing the name Ashton, to the show’s star Ashton Kutcher. 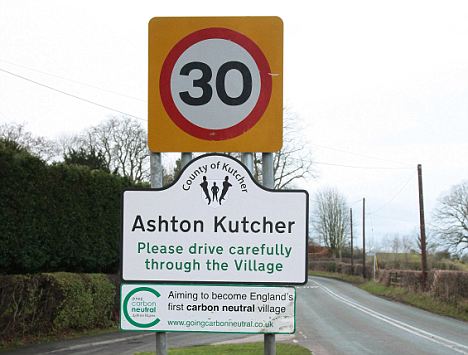 Ashton Hayes in Cheshire, Ashton under Hill in Worcestershire, Ashton in Northamptonshire and finally Ashton Keynes in Wiltshire all had their names ‘taken over’ for two days this week. 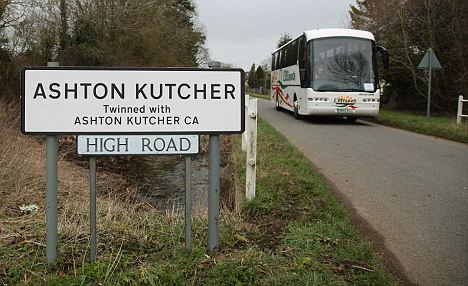 Mail Online reports “In the early hours, village signs were mysteriously changed to ‘Ashton Kutcher’, flowers beds sprang up spelling out the star’s name and local pubs were re-named the ‘Ashton Kutcher Arms’, serving 3.9% Ashton Kutcher Ale – much to the confusion of many of the regulars.’