Three months ago, Twitter began its ‘Powered by Twitter’ contest. They received thousands of entries and entertained many ideas from creative minds all over the globe.

One of these contests was a simple but lovely command: ‘Build something beautiful’. 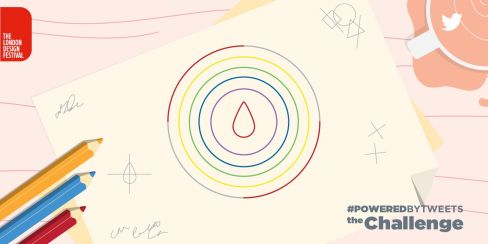 Vincent Versluis, Florian Hollander and Oliver Dennis from Cheil, a marketing company overseen by the Samsung Group, won with what would become the #PutRedBack campaign.

Despite there being a shortage of blood across the UK, gay men are still not legally allowed to donate blood. The creators of #PutRedBack made a proposal to create an interactive art piece that will use Twitter as its platform at Somerset House during the London Design Festival in September.

The exhibit will be centred around a large, flag-shaped installation that will be filled with every colour of the rainbow flag… except red. Festival-goers will be encouraged to sign an e-petition and each tweet featuring #PutRedBack will put a symbolic drop of red into the art work. The goal is to reach 100,000 drops, the same number of signatures needed to bring the petition to parliament.

This is one time when it will be good to see red.

Disability Charity Scope Gets Loved Up for International Kissing Day