David Bowie and Mick Jagger move over – it’s time to let someone else have a go at dancing in the street…and dance they certainly did. 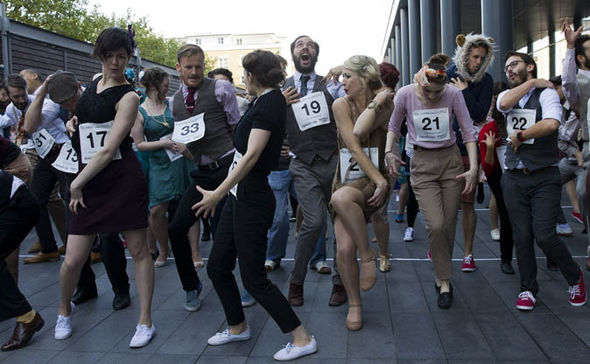 Swing Patrol, a dance group run by Scott Cupit (a choreographer for Strictly Come Dancing) has launched a bid to get into the Guinness Book of World Records, all the while raising money for charity.

The feat saw 977 dancers take to the streets of Spitalfields in East London, dressed in their best tweed and winklepickers, Charlestoning their way into history.

While they’re still waiting on an official announcement from the folks at Guinness World Record HQ, organiser Ben Cook remains confident that they met, and surpassed, the requirements. All the dancers had to complete the routine and dance for a full five minutes.

All the proceeds have gone towards Guy’s Cancer Centre Appeal.