Best of Pluto: Planet of the Dwarfs.

Pluto. The much maligned planet, well, as of 2006, a ‘dwarf’ planet, has been hitting the news this week.

In case you missed it, the New Horizon probe which has been floating through space for…well…ages, has taken some stunning images of the formerly-known-as-a-planet ‘planet’.

Disney were keen to make sure their namesake pup was in on the action, tweeting an animation of him sitting in front of the newly captured image. 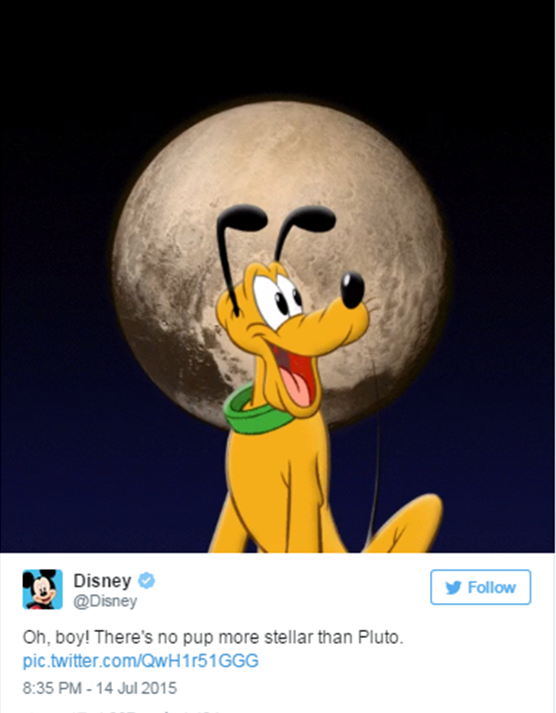 BEHR Paint, an American architectural paint company, is offering a colour-match on its paint app, so a nice coating of ‘Pluto’ is available for all.

Such is the quality of the new images, rock formations can now be seen on Pluto. The Carolina Panthers were keen to make sure their team badge was imprinted on the surface in a (as they describe it) ‘really cool rock formation.’ 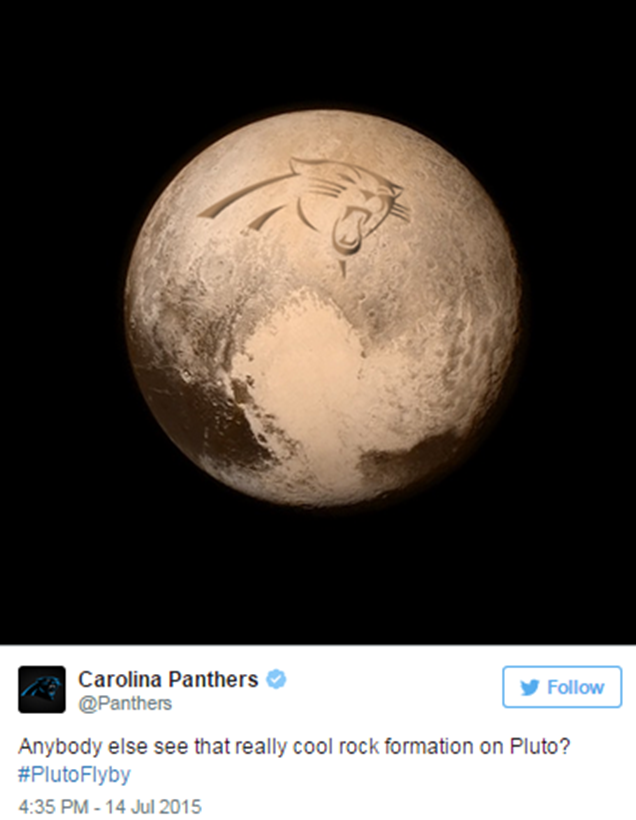 Probe to Pluto: Powered by PlayStation. (An original PlayStation at that)

PlayStation’s UK account on Twitter, has altered the introduction to its famous start-up and highlighted Pluto in space as ‘just the beginning’ in a little taster for the ‘No Man’s Sky’ video game out soon.

(Fun Fact: The technology inside the New Horizons probe is the same as the processor used inside a PlayStation. That’s an original PlayStation. A PS One. Crazy.)

And finally, Audi out in the US has created the ‘Audi Mission To Pluto’. Taking just 3 days instead of the 9 and a half years it took New Horzions, the route runs from Earth Cafe in New York across the States to Pluto(‘s Restaurant in California).

It may have taken 9 years to make it to Pluto, but you can do your own #PlutoFlyby in 3 days: http://t.co/xRp141ucOj pic.twitter.com/8sTR7pWHdN

Tom Daley is Transformed Into the Ocean's Top Predator