LONDON, Monday 6th October 2014: A giant canvas of Kiefer Sutherland’s character Jack Bauer, from the critically-acclaimed and Emmy Award winning drama 24 has been installed in Borough Market in central London. 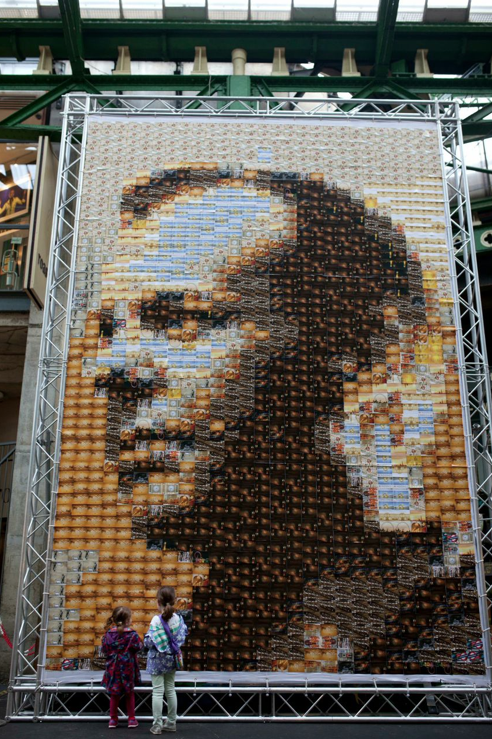 The artwork was produced in 24 hours using 24 different types of London post cards, to mark the launch of the Blu-ray and DVD release of 24: Live Another Day, out today. 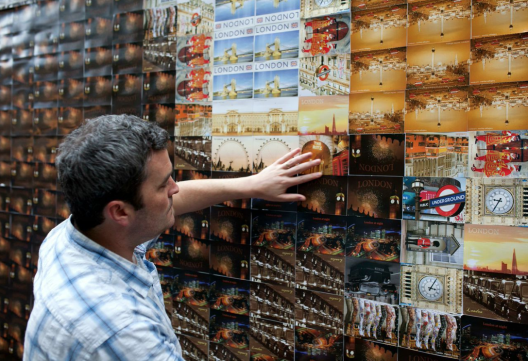 The mosaic features an array of London post cards using iconic images of the City including Big Ben, Beefeaters, The Ritz, London Eye and Black Taxis.

Positioned in Borough Market – a filming location used in 24: Live Another Day – Surrey based multi-media artist Quentin Devine was challenged by Twentieth Century Fox Home Entertainment to create the artwork in just 24 hours, meaning one post card had to be laid on the canvas every minute to meet the deadline. 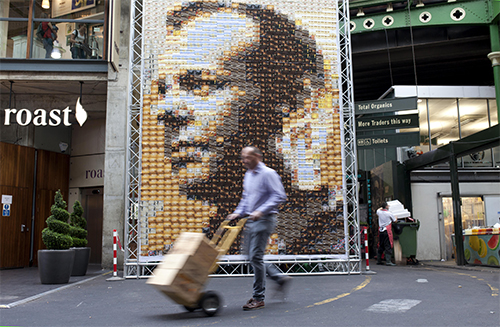 Quentin Devine who devised the giant artwork comments: “Creating a giant Jack Bauer portrait on a 24 metre squared canvas, in 24 hours, using just 24 different types of London post cards, sounds like a challenge fit for the man himself! Just like Jack I had to meticulously plan my strategy, sticking one post card down to the giant 24 metre square canvas every minute, before time ran out. I certainly felt the pressure as the clock was ticking but luckily for me the fate of the World wasn’t resting in my hands. Seeing the final artwork being installed in Borough Market is the perfect homage to the new series 24: Live Another Day. ”