Commuters received a surprise this week as they arrived at their stations to find their journey destinations distinctly merrier, thanks to South West Trains. 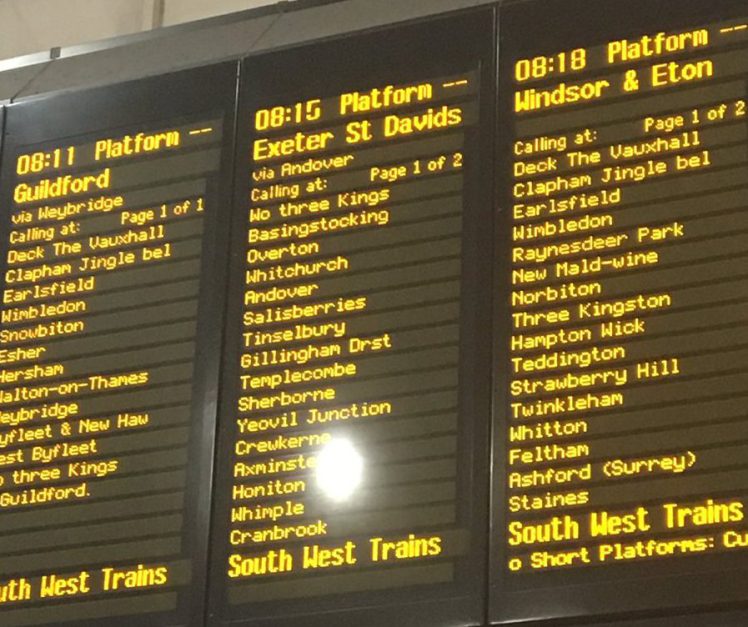 The company unveiled their name changes on Saturday, tweeting “A week today its Christmas Eve! This means one thing.. its time to unveil the #SWTChristmas station names!”

A nice bit of festive cheer for this time of year, particularly given the recent train-related upheaval caused by the Southern strike – ’tis the season to be jolly indeed!