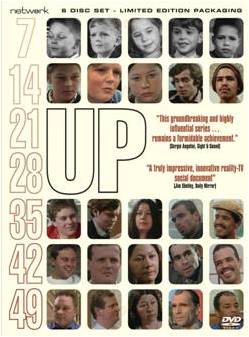 Arguably the best documentary series ever made for British television and certainly the longest running factual programme, the ‘Up’ Series lands a DVD release with 7-49 Up on 16th February.

The flagship ITV show about children from different social backgrounds was made between 1964 and 2005 – as they evolved through life.

This forward thinking television show – the very first example of a programme recording real people living real lives – and the follow-up documentaries – have won an array of accolades and awards. D

Director Michael Apted, who has since moved to Hollywood to direct films, has returned every seven years to chart the children’s progress through life. Over the past five decades, the series has documented the group as they have become adults and entered middle-age, dealing with everything life has thrown at them in between.