#WeAreHere: ‘Soldiers’ across the country gather to pay respect.

This week marks 100 years since thousands of soldiers sadly lost their lives on the Somme battlefield to fight the German Empire. 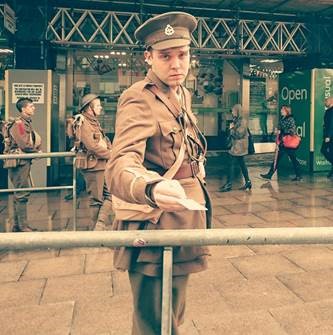 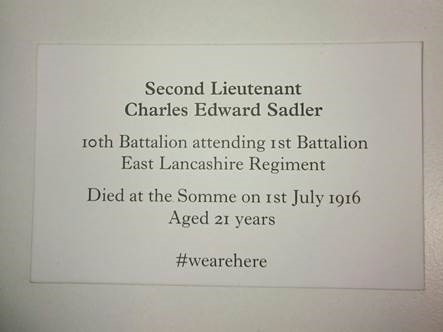 Those who were lost were remembered by hundreds of men across the country in a powerful tribute, which saw them gather at train stations suited up in replica WW1 military uniforms. The moving living memorial created by Jeremy Deller a Turner prize-winning artist, saw men silently hand out business cards on which printed are the names of those who died at the Somme, the battalion in which they fought, the date of their death and their age.

Volunteers from theatre companies across the UK broke into renditions of ‘We’re Here Because We’re Here, sung in the Allied trenches to the tune of Auld Lang Syne. 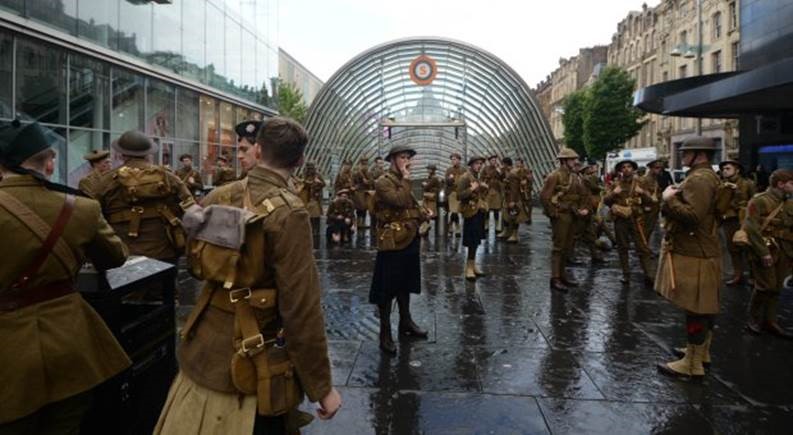 Commuters have been stopped in their tracks by the theatrical performance and have been using the hashtag #WeAreHere, throughout the morning to share their pictures of the young ‘soldiers’. Further pictures and videos clips are collated at the website Because We Are Here.

Twitter user Mar Dixon, commented: “I can’t tell you how powerful it is seeing them leave – probably knowing they aren’t coming back.”. Celebrities such as Channel 4 newsreader Jon Snow and comedian Dawn French, have also commented on the heart-warming act. 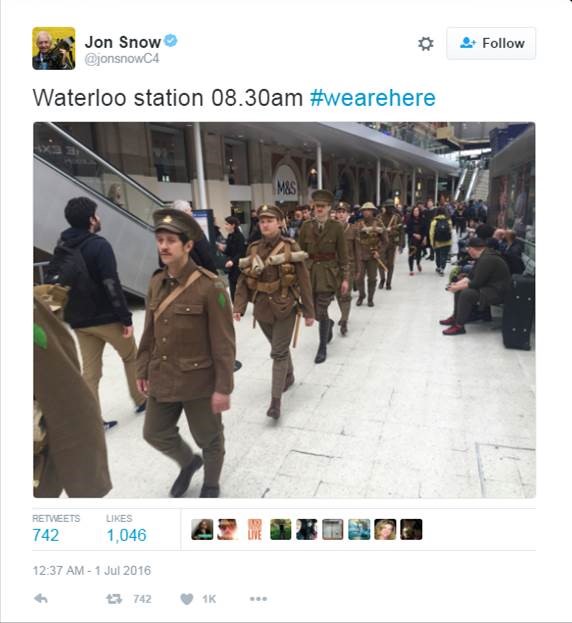 In a time when we’re faced with uncertainty, this haunting and thought provoking tribute should hopefully bring us together across the country, so that we can remember those who lost their lives on this tragic day.

Diversity Get a Real Taste of Wimbledon with Robinsons