Velociraptors break out in Waterloo station.

When beginning your morning commute to work, you would not expect to be faced with four velociraptors roaming around the station!

On Friday night, a shipping container appeared at London Waterloo station, but by Monday morning, the four roaring creatures from inside had broken loose, closing the doors neatly behind them. 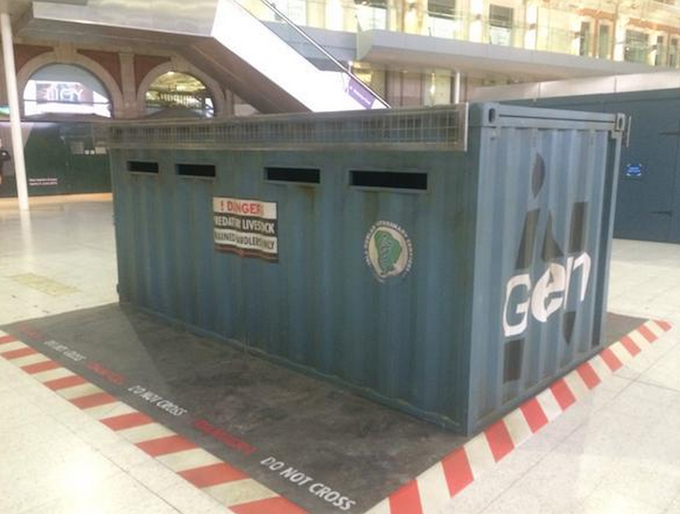 Commuters took a pause in their journeys to take some snaps with the dinosaurs, which were significantly better behaved than they have been in the Jurassic Park films.

Those struggling with their journey would find little comfort in knowing that a velociraptor travels fast enough to cover their home island of Isla Nublar in 20 minutes flat, which would make short work of zones 1 to 6. 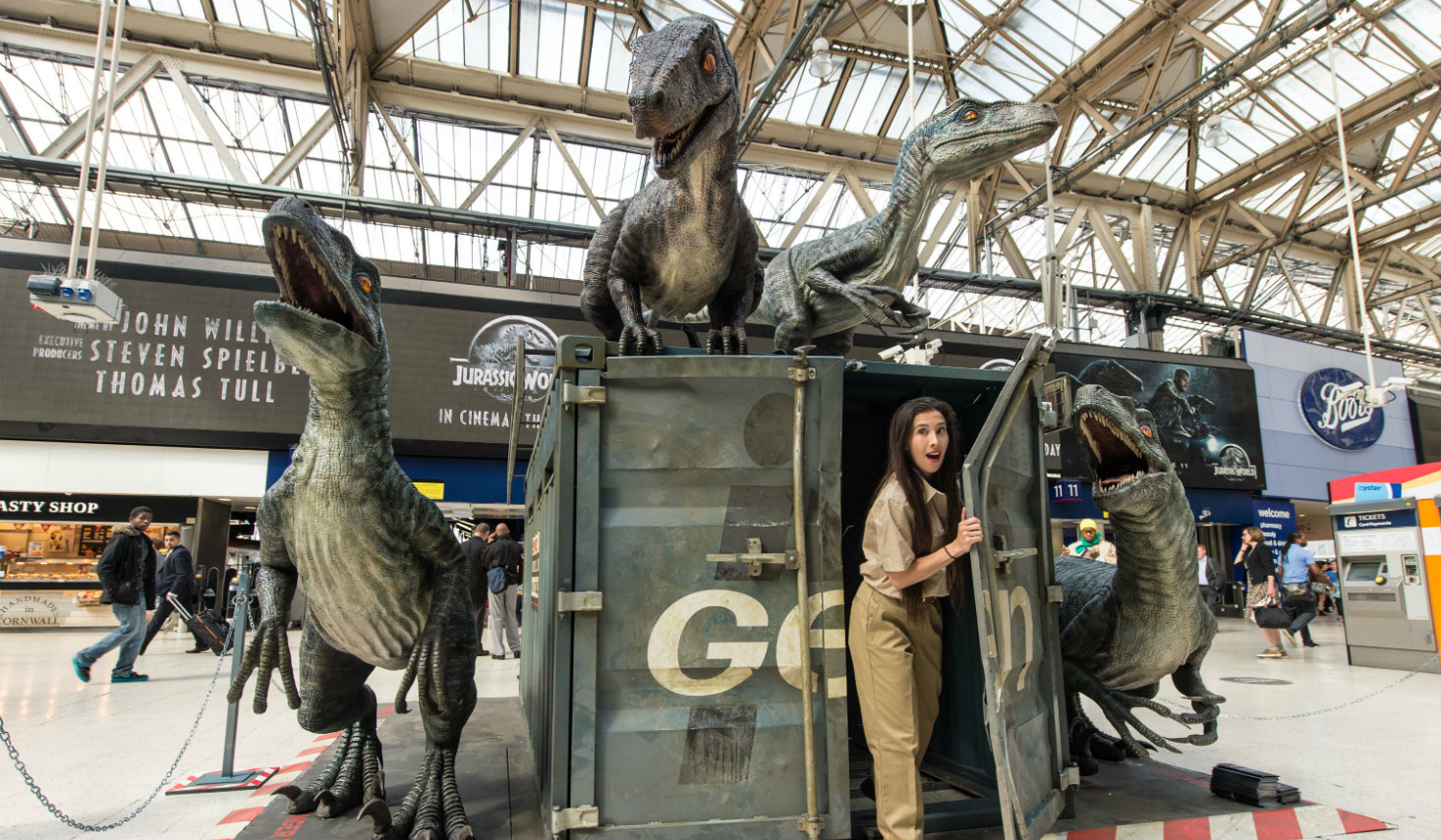 A Jurassic World gift shop has also opened in the station, which has been covered in banners and adverts for the film which opens in the UK on Friday.

Can you understand this URL?