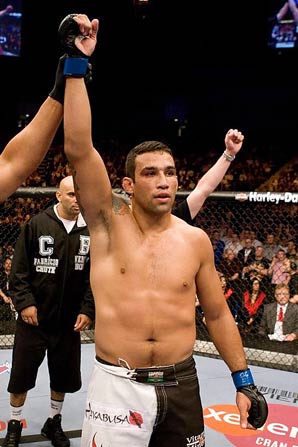 The world’s most exciting sport returns to the O2 arena in London for the third time on February 21 with UFC 95: Sanchez vs. Stevenson; a stacked card featuring some of the most exciting talents in all of mixed martial arts including Diego Sanchez, Josh Koscheck, Joe Stevenson and terrifying new heavyweight Junior Dos Santos.

UFC95 will also feature a plethora of British talent including Dan “The Outlaw” Hardy, Paul “Tellys” Kelly and Terry Etim. British heavyweight Neil Grove will also make his UFC debut. Ultimate Fighting Championship is the world’s premier mixed martial arts event, constantly selling out venues across the US and UK whilst attracting the cream of Hollywood’s glitterati from George Clooney and Paris Hilton to Donald Trump.