Uber’s on the up, literally.

Welcome to the future. Uber, the city-based taxi company renowned for their affordable rates, have launched the Uber helicopter (named UberChopper) in Dubai over the weekend for the F-1 Grand Prix in Abu Dhabi. 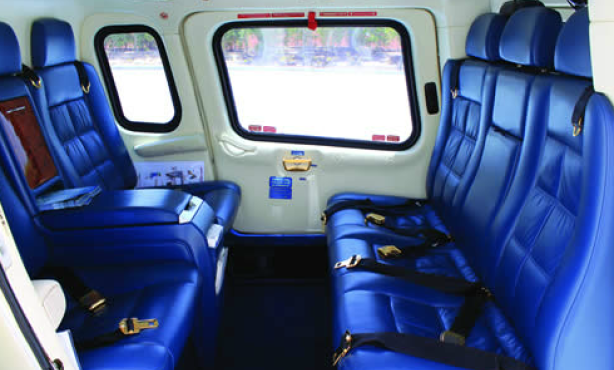 For a mere £410 (!) per person, purchasers received a premium service transporting them from their front door to the gates of the Grand Prix.

Customers could use the app to book their UberChopper – and the helicopters’ success was clear to see, with Twitter users highlighting the #FirstWorldProblems which came with the chopper, as they were booked up at times.

The use of UberChopper for the Grand Prix follows its introduction at Cannes Film Festival earlier this year and has also been replicated in locations including Hong Kong, Los Angeles and Melbourne. 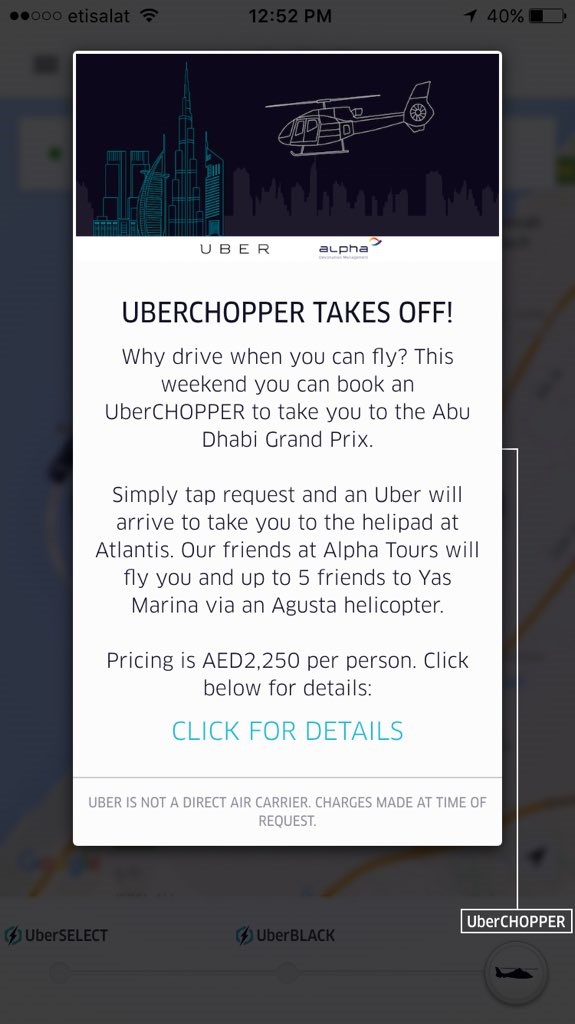 We can’t wait to see what Uber comes up with next – but one thing’s for sure; they’re off to a flying start!