LONDON, Wednesday 7th August 2013: Tottenham Hotspur Football Club has announced the launch of a ground-breaking new entertainment platform that has been specially developed to engage young fans by capturing the imagination of 7-10 year old children.

·         From the team behind great ideas for Disney, Cartoon Network and LEGO 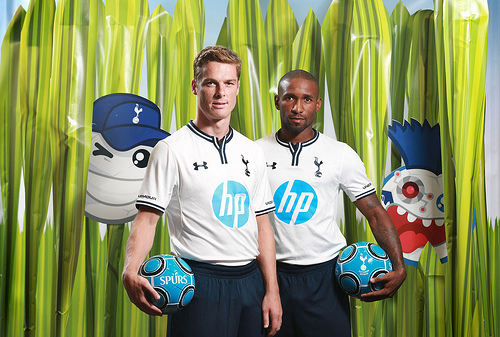 The launch of ‘Tottenham Turfies’ (www.tottenhamturfies.com) represents the world’s first fully-interactive digital experience for children to be created and developed by a Football Club.

With millions of young supporters across the globe, from the USA to China to the UK, Tottenham Hotspur Football Club launches a unique proposition that combines children’s love of fun and interactive games with their passion for football.

Tottenham Turfies aims to fire the imagination of young people using fictional, avatar-style characters, known as the ‘Turfies’, that live in the virtual world of the Tottenham Hotspur Football pitch. Children can design their own Turfie using over 115 million customisation combinations. 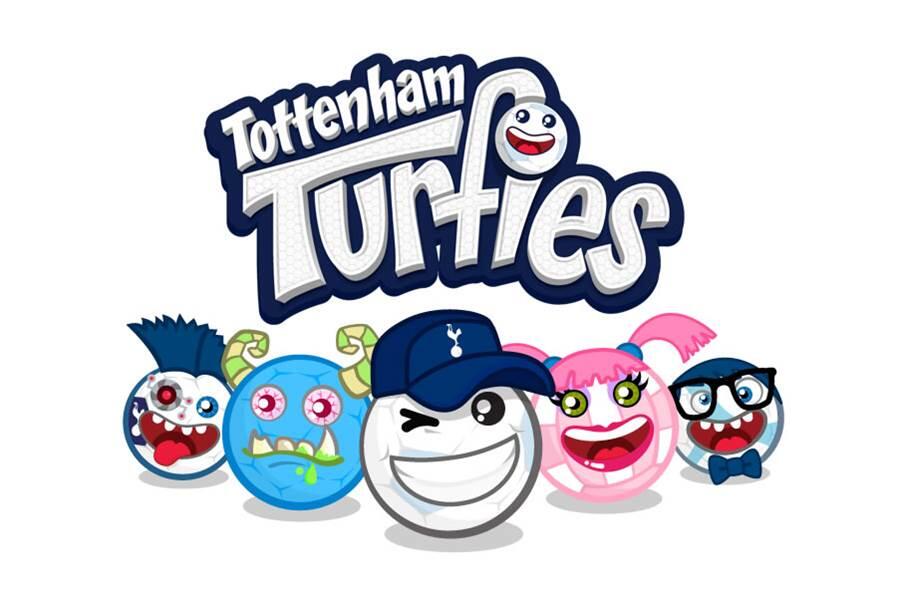 The platform has been designed to let boys and girls develop skills both on-and-off the pitch. Games such as Topsy Turfie, Training Run, Dodge’n’Dribble and the activity pack help to improve hand-eye coordination, problem-solving and creativity. Virtual leaderboards allow kids to play against their friends, give virtual gifts and even swap virtual player cards to help complete their collection.

By completing the games, kids can earn virtual trophies, medals and coins that can be converted into real-life prizes, such as tickets to Club Fun Days, Open Training Sessions, Stadium Tours and places on Tottenham Hotspur Soccer Schools, as well as Spurs merchandise.

And to further encourage offline engagement with the Club, codes can be earned at such events to buy virtual goods to decorate the users’ Turfie or the Turf in which they live.

Most importantly, Tottenham Turfies ensures a child’s safety whilst they are using the platform. Sign-up requires a parental email address and children are unable to message or talk to each other within the site. Only the Club is able to send messages to users via the ‘Turfie mail box’. But at the same time, it empowers kids by allowing them to play without requiring extensive participation by adults.

Daniel Levy, Chairman of Tottenham Hotspur, said: “We wanted to make Tottenham Hotspur Football Club more accessible to a younger age group and reach out to the next generation of fans around the world who will play a vital role in the future of the Club.

“This platform represents a significant investment and we believe this fun and entertaining concept is the perfect way to engage our younger fans like never before.”

England international and star Spurs striker Jermain Defoe, who has trialled the new platform, said: “When I was a young boy, we had football stickers to swap in the playground, but I would have loved to have been able to play against my friends online and create my own ‘Turfie’. Tottenham Turfies takes things to a new level and it’s a great way for kids to have fun and get into football from an early age.”

Tottenham Hotspur Football Club’s Head of Marketing, Emma Taylor, helped come up with the idea for the platform, which has been developed in conjunction with digital agency Hangar Seven, who have worked on projects for CBBC, Disney, Cartoon Network and LEGO.

Emma Taylor comments: “Children typically make their decisions about the team they will follow for life between the ages of 7-10, and we wanted to do something new that would engage with this audience and introduce them to the Club in an educational yet fun way.

“Knowing how popular digital devices have become with children, Tottenham Turfies has been designed to bring together all the great things about football and Tottenham Hotspur Football Club via a compelling mixture of interactive gaming, rewards and offline activity.

“The site is safe and secure and parents can rest easy in the knowledge that their child is playing in a controlled environment that is completely free and doesn’t have any hidden costs. Although designed to appeal to children under the age of 10, we believe Turfies has a wide appeal for girls and boys of all ages and beyond the world of football for kids who might not be so passionate about the sport but enjoy gaming and staying active”

Visit the home of the Turfies www.tottenhamturfies.com to create your own avatar, play games and quizzes, challenge friends and earn rewards.

Red Stripe Team Up With NTS For Notting Hill Carnival 2013