LONDON, 12th February 2014: Street drummer Jo Bucket has created a unique version of The Clash track Rock the Casbah by sampling the sounds of Brixton Market.

Red Stripe set Jo the challenge of re-making the hit for a video to mark the introduction of the authentic Jamaican stubby bottle to the UK. The video forms the latest instalment in Red Stripe’s series of Make projects and celebrates the lager beer going back to its Jamaican roots with the launch of the stubby bottle.

Over 95 different sounds were created by Jo and fellow street musicians over the course of just one day. Bass notes, melodies, riffs and atmospheric effects were gathered from Brixton’s unique collection of bars, stalls, shops and side streets. They included a fishmonger’s rattling ice, a guitar chord sequence courtesy of a busker, bananas and mangoes, a junk shop’s eclectic wares, mannequins and huge saucepans.

The reactions of the public were also captured, including a surprise cameo from none other than The Clash’s very own Mick Jones; a former Brixton student who has a longstanding affiliation with the area.

Red Stripe’s laid back, DIY Jamaican heritage is reflected in the choice of the video’s track, location and front man. Jo Bucket, who has gained recognition thanks to his effortless percussion skills, has always been skilled at creating unique and captivating performances out of inanimate objects; from entertaining school classmates by drumming on his desk with pencils, to performing to enraptured London crowds on buckets and bins. 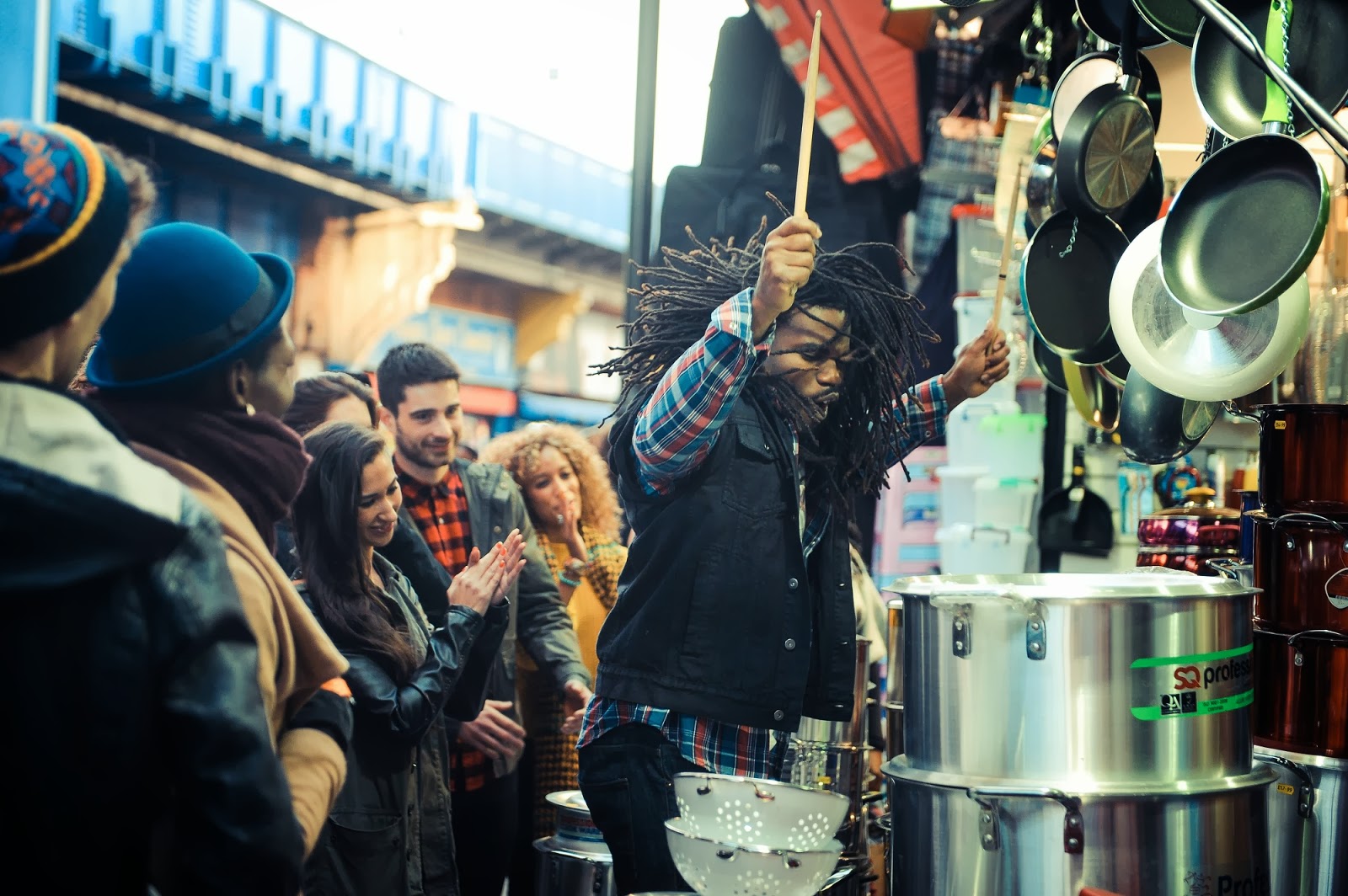 Jo said: “Collaborating with Red Stripe on this project has been a lot of fun, full of new challenges and opportunities for creating sound. It’s been a real platform to create something unique that totally fits in with the DIY way I like to do things – working with whatever’s to hand and making something special out of it to get people smiling, as I have done for years on the streets of London – but on a much bigger scale!”

Claire Prat, Red Stripe brand manager said: “We wanted to do something special to mark Red Stripe going back to our Jamaican roots by bringing the stubby bottle to the UK, and are so pleased we found Jo Bucket to help us do that. He has helped us create something original that reflects Red Stripe’s easy going, DIY nature.”

FUBAR Radio - the first uncensored radio network in the UK