Springtime For Nigel in Margate. 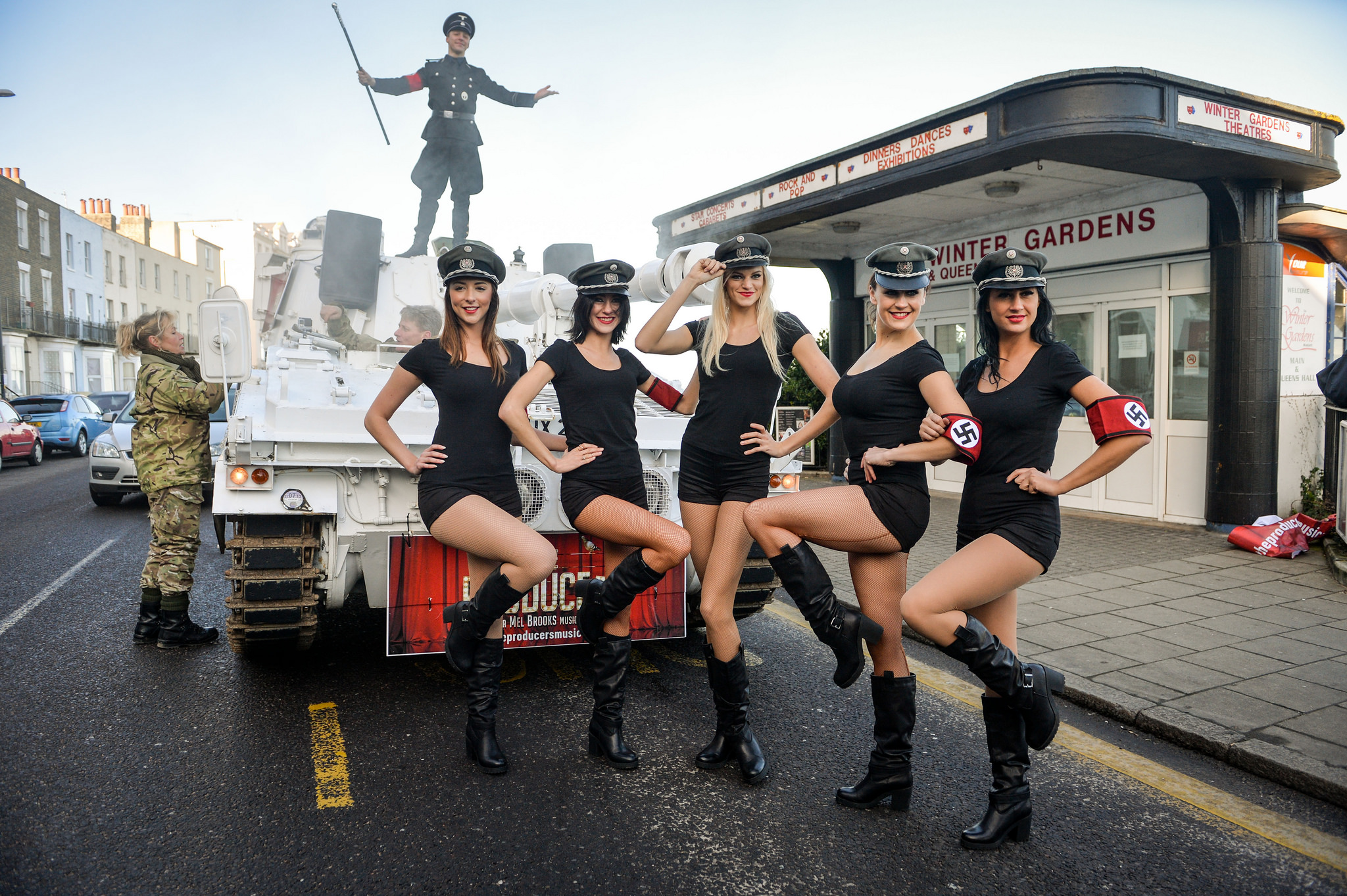 Performers from the Mel Brooks’ musical ‘The Producers’ made sure attention was on them as they high-kicked to the famous number ‘Springtime For Hitler’. 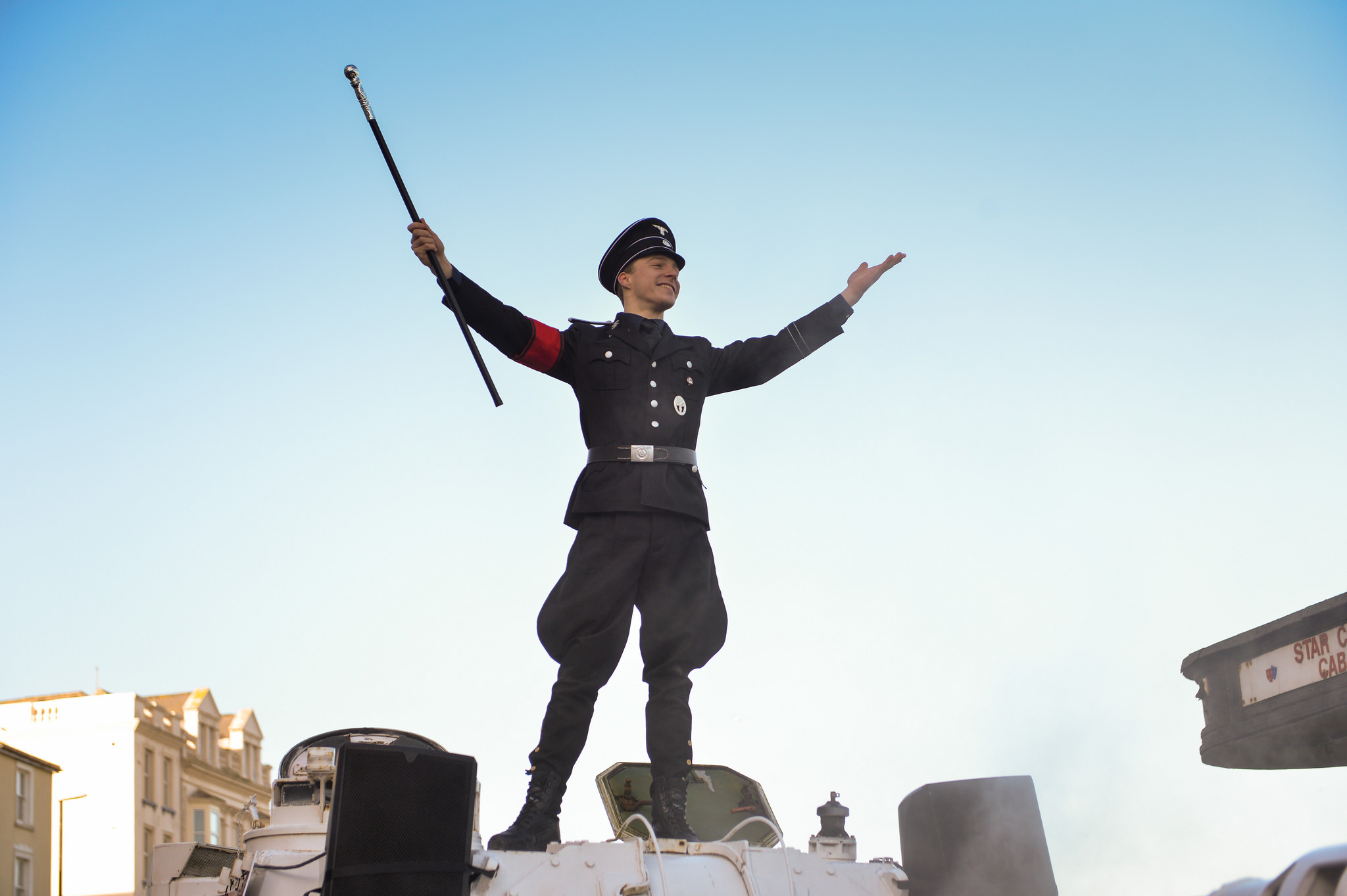 The cast were in town to promote the new touring production of the acclaimed musical comedy ‘The Producers’. 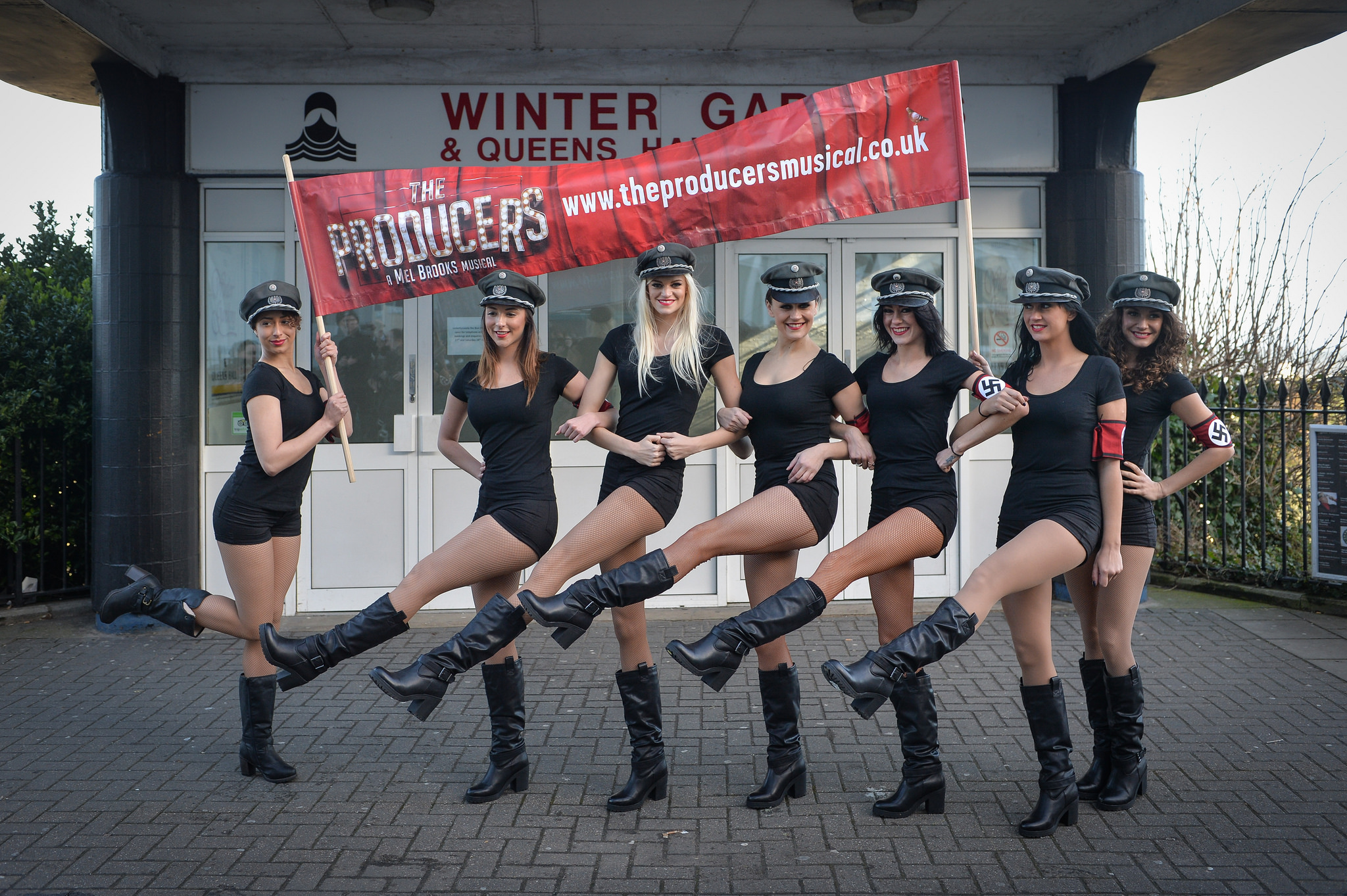 Members of the anti-European Union party were left open mouthed as the song ‘Springtime For Hitler’ blared from a P.A system on the German World War II’s tank turret.

Dancers performed a choreographed goose-stepping routine in front of the Winter Gardens as the party attempted to greet the media ahead of the three-day conference. 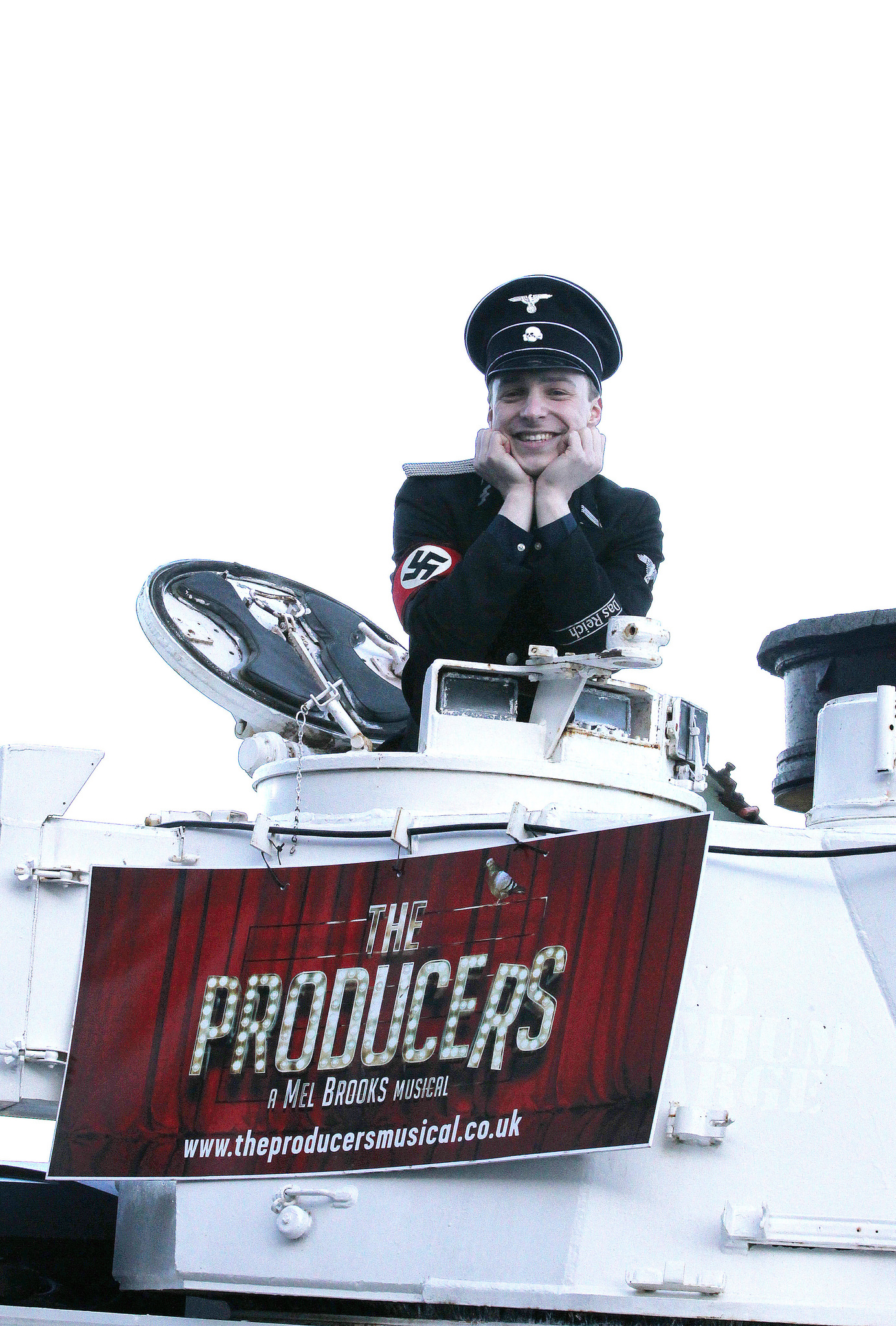 The new stage show version of the hit musical stars Ross Noble, Jason Manford, Phill Jupitus and Louie Spence. It opens in Bromley on March 7 before touring the UK.

Producer of ‘The Producers’ Adam Spiegel commented “We open the UK tour of The Producers in Bromley next week and Margate seemed a perfect place to start the promotion. I’m disappointed but not entirely surprised to see that UKIP are trying to hitch a publicity ride on the back of the show.” 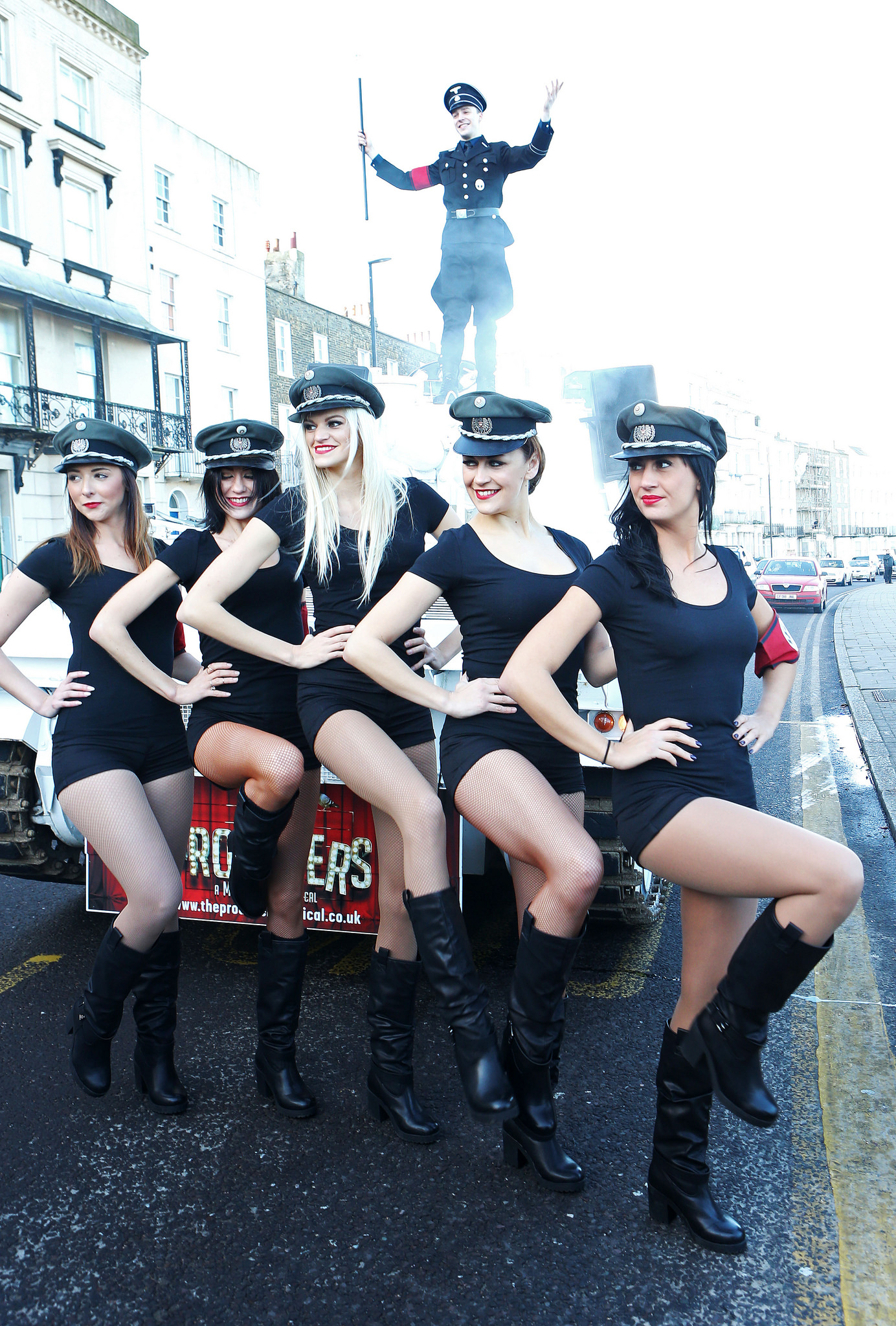 Clothes for the Camera Shy