Welcome to KFC, both eyes open, head directly facing the camera with your full face in view please. No, you’re not taking a passport picture in the post office or walking through boarder control at the airport. You’re in KFC, smiling for a chicken wing! KFC in China can now use your face to predict your order. Yes, it all sounds very futuristic. 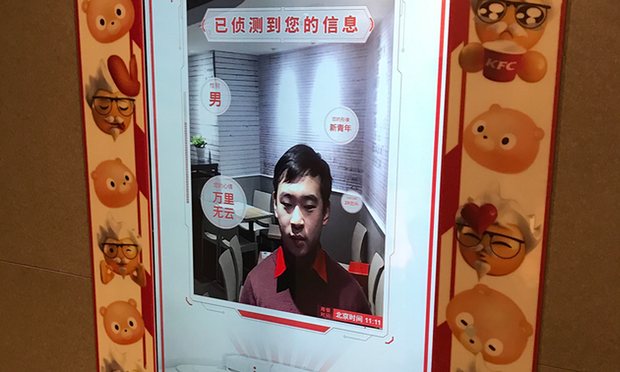 KFC is now using facial recognition to serve customers. KFC will be China’s first smart restaurant as KFC has teamed up with Baidu, China’s equivalent of Google. The system can recommend menu items based on a customer’s estimated age, sex and mood. So what does that mean for a really happy person, maybe some happy french fries or an ice cream? Baidu states that a male customer in his early 20s would be offered ‘a set meal of crispy chicken hamburger, roasted chicken wings and coke’, whilst a female customer in her 50s would get a recommendation of ‘porridge and soybean milk for breakfast’. That sounds very healthy and maybe a little bit cheeky – why shouldn’t a 50 year old woman be offered a burger and chicken wings? Surely she too should be allowed to indulge in a fried chicken fantasy!

There is no denying that the machine is smart. It allows you to pay with your mobile phone at the machine and collect your meal moments later at the counter. Now that’s what I call ‘fast food’ and so 2017. However not everyone finds the machine smart or entertaining; The Guardian reports that ‘at lunchtime, not one person gave the machine a second or even first glance, preferring instead to wait longer in line and order from the human attendants’. 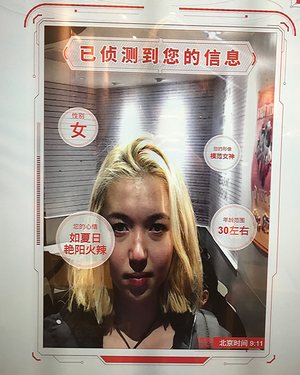 This also happened at the breakfast rush hour. Not very popular then… Some are sceptical due to privacy reasons, however KFC has insisted that the data the machine collects is highly secure and will not be used for any other purpose. Love it or hate it, facial recognition technology is planned to be expanded to KFC’s 5,000 stores around China, and potentially normalised into other public-facing services. Well then, look out Londoners as you might just spot facial recognition self-serve machines in your local KFC… smile!