LONDON, Tuesday 19th August 2014: Enjoying a fish supper on Blackpool Pier, negotiating Hampton Court Maze and taking a stroll beside Hadrian’s Wall have been named as some of England’s greatest ‘simple pleasures’ according to a new study released today.

The new study on behalf of Egmont Publishing and supported by VisitEngland asked 2,000 parents to vote for the traditional activities, attractions and days out. 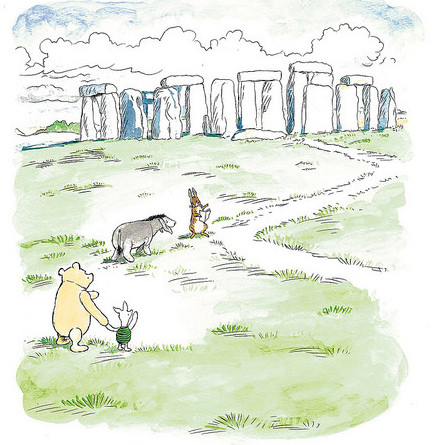 The results provide a fascinating overview of the activities, which hark back to a bygone age when the great outdoors was considered the ultimate family tonic.

From learning to skim stones to fossil hunting, exploring castles and forests reaching from Northumberland to Treyarnon Bay, ‘Winnie-the-Pooh’s 25 Simple Pleasures’ were named as:

3. Picnicking on the shores of Windermere in the Lake District, Cumbria

5. Camping in the New Forest, Hampshire

7. Getting lost in the maze at Hampton Court Palace, Greater London

8. Taking a stroll beside Hadrian’s Wall, Northumberland and Cumbria

9. Boating day out on the Broads, Norfolk and Suffolk

10. Watching the puffins on the Farne Islands, Northumberland

12. Taking in the vista from the peaks at the Peak District National Park, Derbyshire

13. Trying to make the Queen’s Guard laugh at Buckingham Palace

14. Watching the changing of the Guards at Windsor Castle, Berkshire

18. Rolling down the hills around Corfe Castle, Dorset

19. Visiting a honey farm in Devon

22. Riding a narrow boat through the canal ways, Birmingham

23. Taking in the grandeur of Chatsworth House from the park, Chatsworth, Derbyshire

24. Seeking out the deer at Richmond Park, London 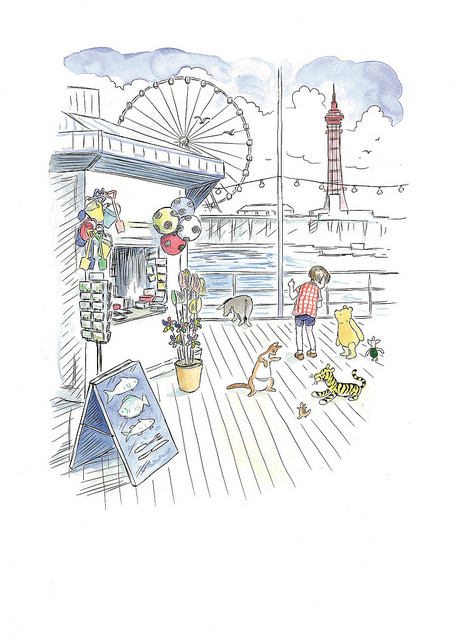 The poll reveals that dining alfresco is a firm favourite, securing the first three slots in the top 10. No fewer than four National Parks appear in the full list of 25, highlighting our appreciation for England’s green space.

Of these, two made it into the top 10. Negotiating the maze at Hampton Court Palace was the only activity from the capital to make the top 10, although making the Queen’s Guard laugh at Buckingham Palace came close at number 13. 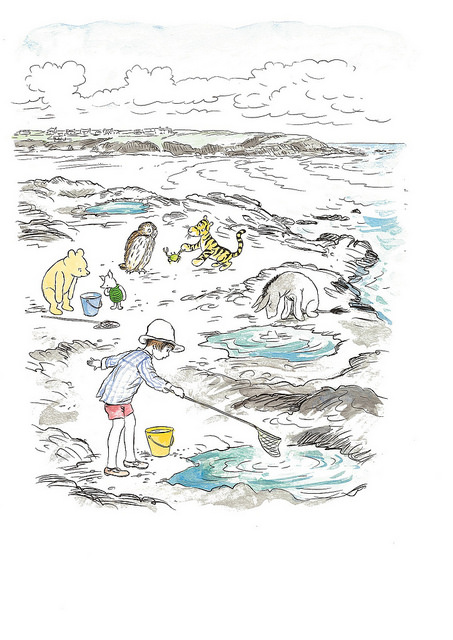 Winnie-the-Pooh’s Hundred Acre Wood in East Sussex, the original destination for playing Pooh Sticks in A.A. Milne’s classic novel, was voted into the 17th spot, closely followed by another favourite activity Pooh would enjoy – visiting a honey farm at number 19.

Overall, the South West of England came out on top as the area that offers the best opportunity to enjoy life’s simple pleasures, closely followed by the South East and the Midlands.

Nearly half of respondents claim their fondest holiday memories are from time spent in England, with having a picnic, taking a walk and building sandcastles coming out as the most memorable activities. 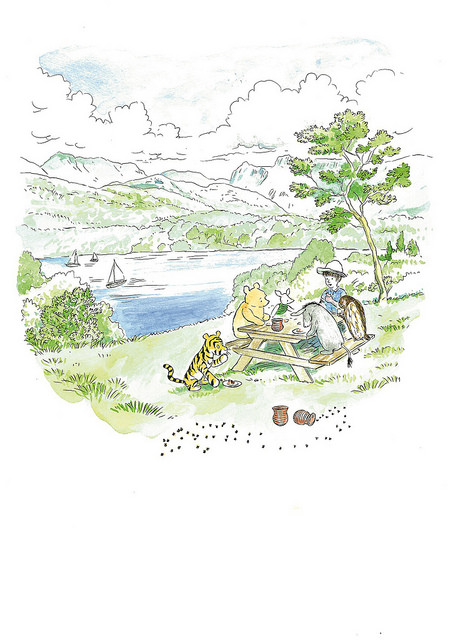 ”Picnicking on the shores of Windermere in the Lake District, Cumbria”

Interestingly the research shows that kids today get outside almost as much as their parents did, with nearly 50% of families enjoying outdoors activities.

Parents also highlighted just how precious quality family time is, with over a third saying they enjoy at least one family outing a month. The ‘Simple Pleasures’ campaign was inspired by Winnie-the-Pooh to encourage modern families to enjoy the great outdoors whilst celebrating our great English heritage. 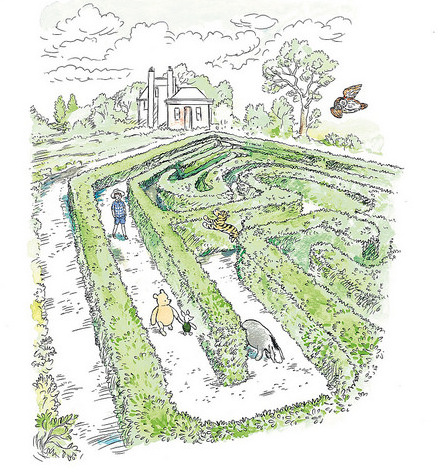 ‘Getting lost in the maze at Hampton Court Palace, Greater London’

The activities reflect the core themes in A. A. Milne’s best-selling books, which centre around a series of simple adventures for Winnie-the-Pooh and his close friends in the Hundred Acre Wood – including playing the game ‘Pooh Sticks’. The top 10 have inspired a new illustrated guide for families featuring brand new artwork by Mark Burgess, who coloured the original E.H Shepherd Black &White art and the latest book ‘Return to the Hundred Acre Wood’.

James Berresford, Chief Executive, VisitEngland said: “It’s great that respondents’ fondest holiday memories are from time spent in England and we are thrilled that these simple pleasures can be experienced across the country. We hope the guide will inspire families to discover, explore and enjoy the best of England this bank holiday.”

Sarah Bates, Publishing Director, Egmont commented: “Winnie-the-Pooh shares many a simple adventure with his friends in the Hundred Acre Wood so he is the perfect character to remind us how to enjoy the simple pleasures that England has to offer.”