Pizza for the Pope.

In this sacramental stunt, Pope Francis was given the holy father of all meals. Perfected with a splash of communion red, this cheesy treat made by Pizzeria Don Ernesto was delivered to the Popemobile as it drove through Naples. 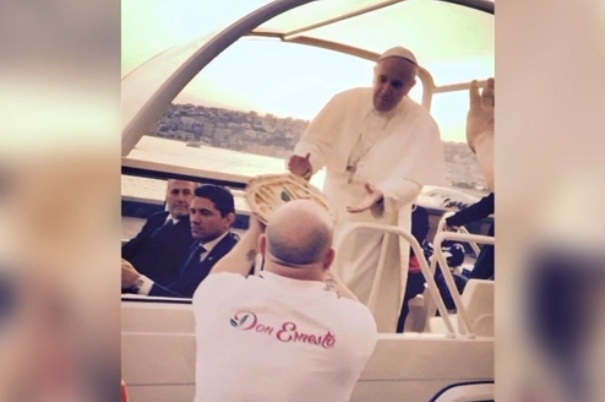 Pizza-maker and culinary missionary Enzo Cacialli, answered Pope Francis’ prayer after discovering that one of the things he missed most about pre-Pope life was the anonymity which allowed him to go out “to a pizzeria for a pizza”. 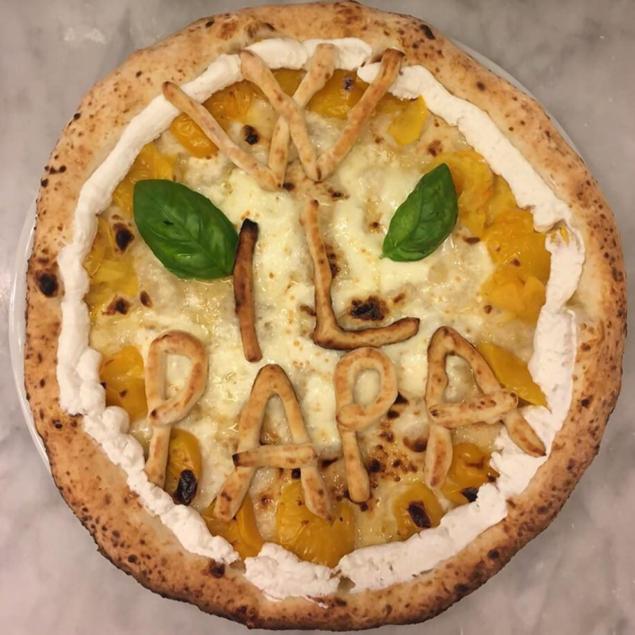 Cacialli, waited for the Pope’s vehicle to pass before vaulting the barrier and delivering the treat by hand. With a divine combination of yellow cherry tomatoes and ricotta, the thin crust pizza was topped with “Il Papa” etched in dough. The chef was thanked with a smile whilst the people of Naples cheered. 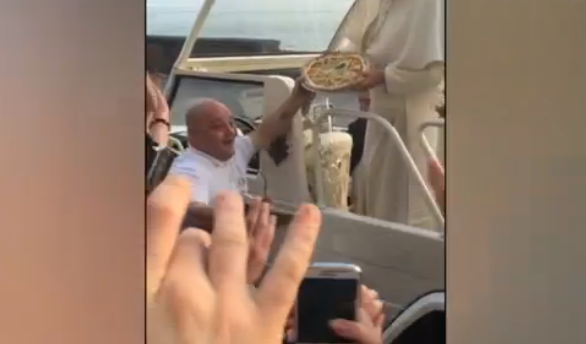 Despite becoming one of the most famous pizzas, those who participated in the delivery of the “Il Papa,” insist that the pizza pilgrimage was its own reward. Roberto Biscardi, a business associate of Pizzeria Don Ernesto, explained to NBC that the team wanted to show “their passion for pizza” to “someone truly special”.

Although the Pope was clearly delighted to receive the delivery (who wouldn’t be? – free pizza!), nobody knows yet whether he managed to sample the precious pie. But the real question is, did he share the pizza with his minders or keep it to himself?