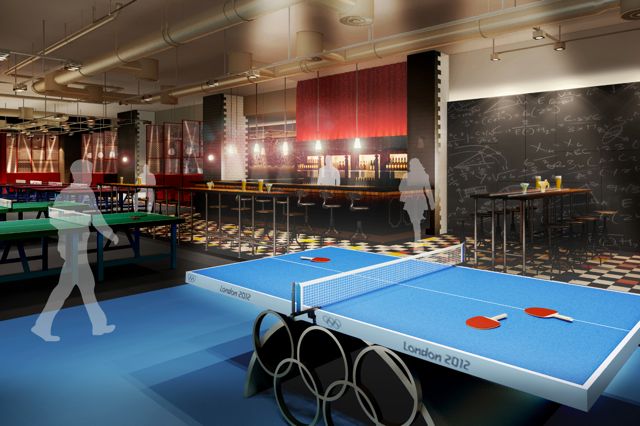 Opening on 1st October 2012, after two years in the making, Bounce will be Europe’s first ‘Social Ping Pong Club’, taking inspiration from the explosion of stylish table tennis social venues stateside and the huge resurgence of interest in the game within the UK over the last few years. 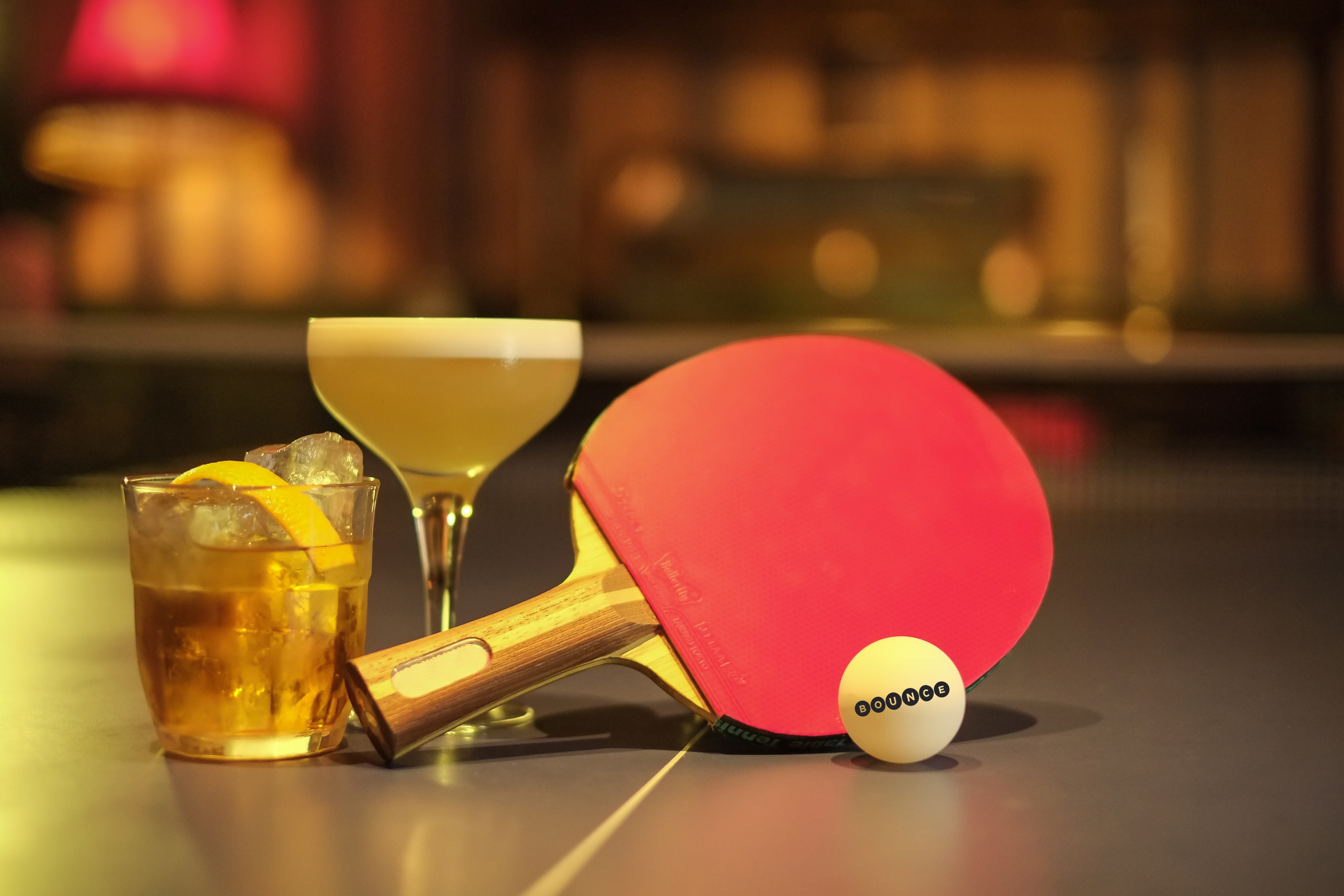 Designed by award-winning interior designer Russell Sage (The Zetter Townhouse, The Hospital Club and The Savoy), Bounce is built on the very same site where the game of table tennis was originally invented by Jaques & Son.

Featuring a timeless, yet stylish and edgy interior, the venue will offer Londoners the chance to experience the game of table tennis afresh – in a 12,500 square foot central London space just two minutes’ walk from Farringdon and Chancery Lane tube stations.

Bounce has raised restaurant seating for up to 130 guests with an expansive view overlooking the playing area.

The open plan venue offers a tantalising menu, complimented by a 7ft wide open counter wood-burning pizza oven; a 40ft bar laid out in an arc around the playing area and 17 table tennis tables. 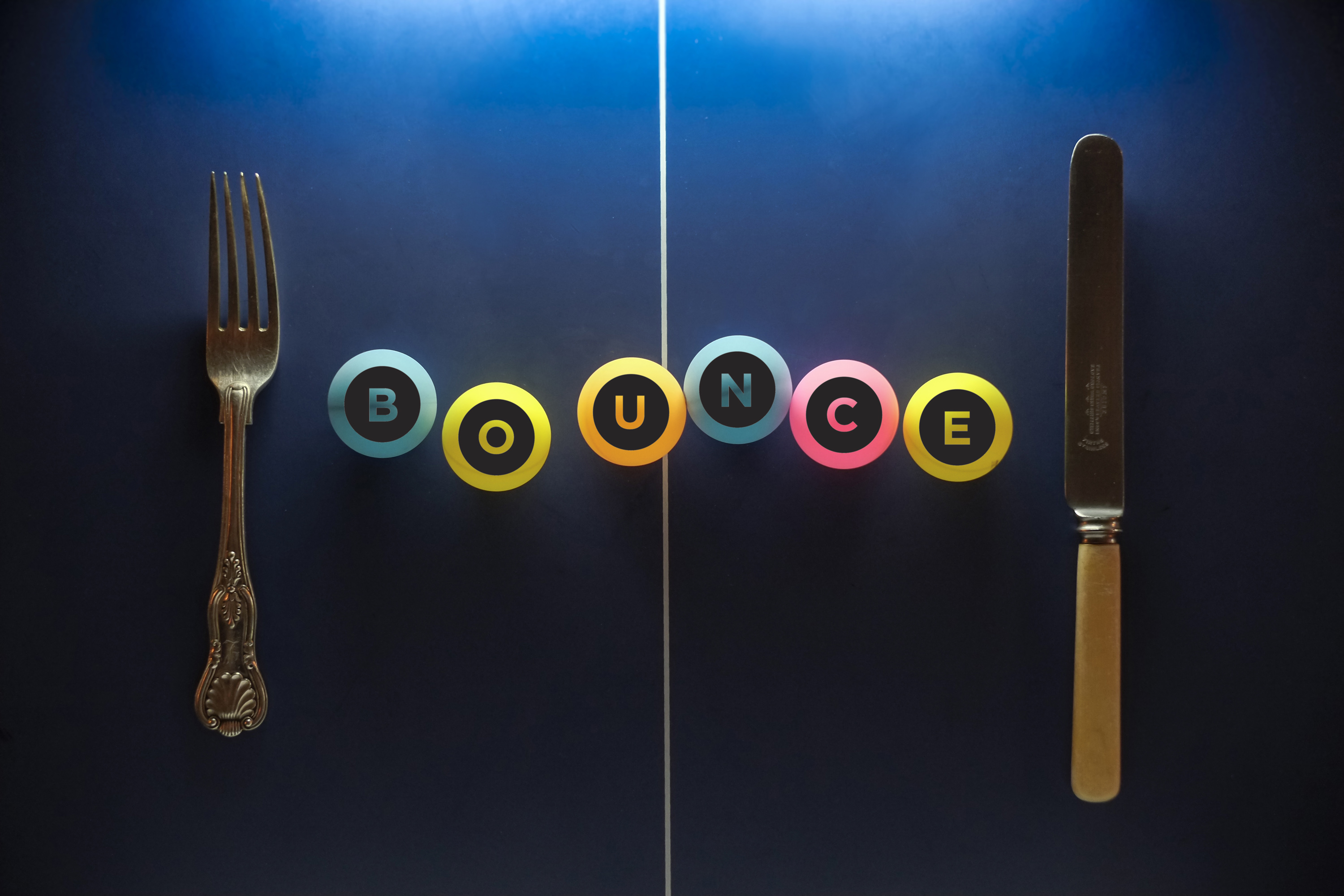 Customers will choose from a seasonally inspired drinks menu including a range of boutique London beers, fine wines and classic British cocktails.

Bounce is the brainchild of entrepreneur and accomplished table tennis player Dov Penzik and Adam Breeden.

The duo teamed up with Joe Jaques – grandson of the game’s inventor, John Jaques III, to bring the concept to life.  Joe, who continues to run the family firm, is a partner in the venture supplying the club with its stunning, solid oak table tennis tables.

Adam Breeden, MD of Bounce says; “Some things are worth reviving and our love of Ping Pong is one of them. Ping Pong is the most accessible, and we believe the most fun sporting activity there is, and it’s a British invention!  Bounce, the home of Social Ping Pong, is taking the game back to its roots by combining the sport with socialising, entertainment and a touch of glamour”

Co-Founder Dov Penzik added: “Bringing Bounce to life has been an incredible experience. Since dreaming up the idea almost four years ago, social Ping Pong has begun to emerge in the US and in pockets of London. Adding great food and a fabulous bar environment to our love of the game creates a fresh new take on a lifelong passion.”

Joe Jaques comments “The opening of Bounce is a defining moment for a new generation of table tennis fans. Bounce is refreshing the game by building a complete social experience around it.  My grandfather would heartily approve.”

Also ready to step up to the (Ping Pong) table are partners Alex Chesterman, founder of LOVEFiLM and Zoopla, Ed and Tom Martin from ETM Group which owns Vietnamese street food chain Pho as well as upmarket eateries The Botanist and Chiswell Street Dining Rooms, and Mark Sainsbury, owner of The Zetter Townhouse and Moro.