Paddy’s Prosthetic Presidents saddle up for a huge week of racing.

Londoners were left stunned after the two most powerful world leaders, Russian leader Vladimir Putin and US President Donald Trump, appeared to arrive in the capital on horseback, ahead of the biggest week in the horse racing calendar.

The traffic stopping stunt was organised by bookmaker Paddy Power, who credit the ‘Trump-factor’ for a sharp increase in political bets, with more than £100k of bets staked since Trump took office. 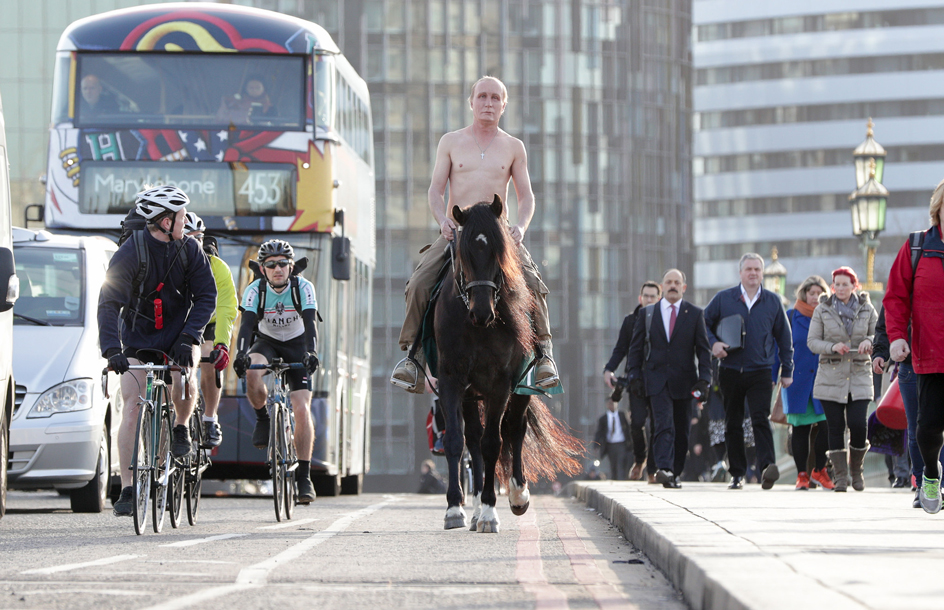 Turnover on political betting industry-wide is expected to top £10m in 2017 but that figure is dwarfed by the £800m expected to be bet across the industry during Cheltenham week – making it the busiest betting event in the calendar. 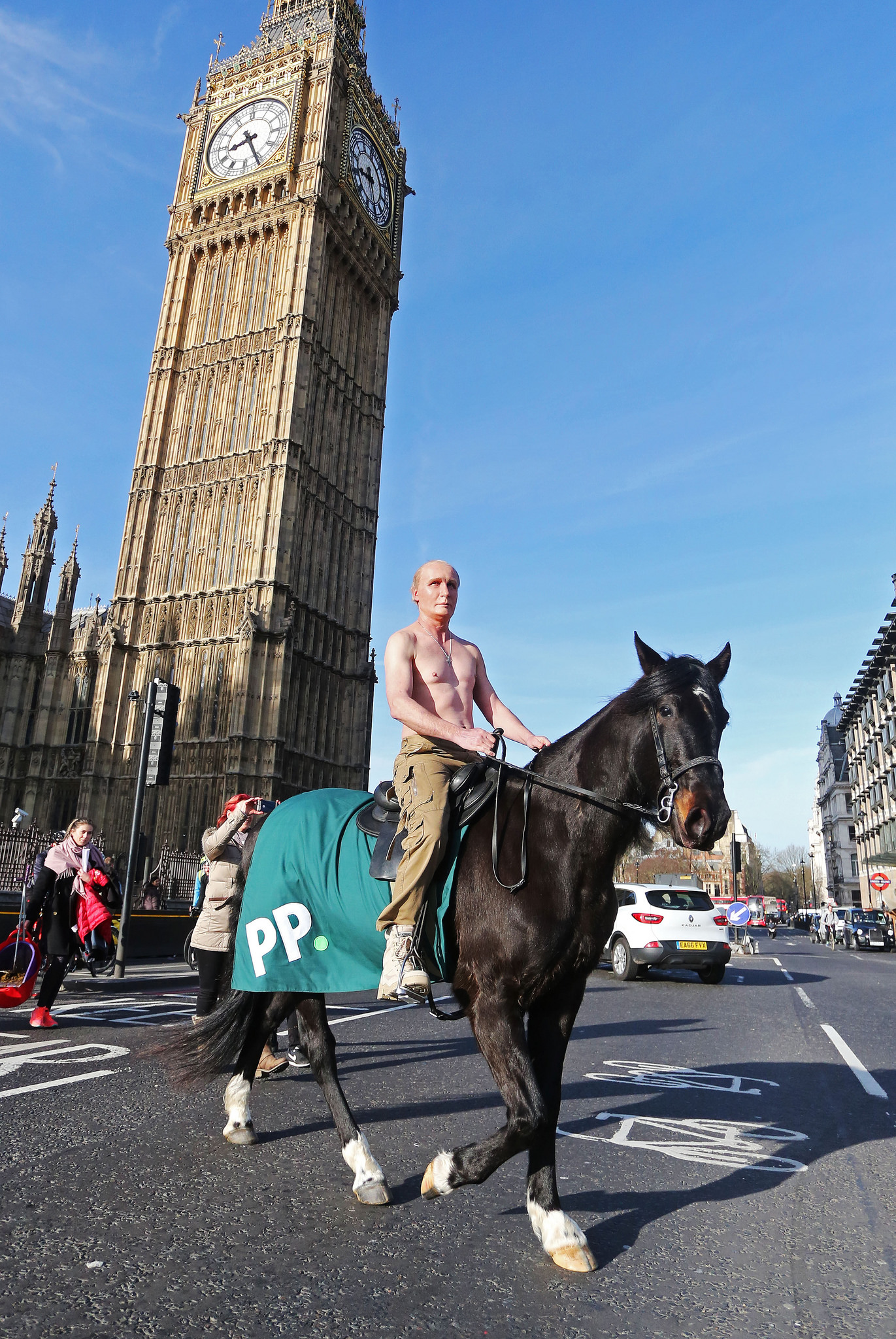 To mark the occasion, Paddy Power are offering punters who know their horses from their executive orders the chance to bet on Cheltenham-Politics specials including; Willie Mullins to be Top Trainer and Trump to serve a 2nd Term (7/2), Ruby Walsh to be Top Jockey and Trump to be impeached in 2017 (8/1), and Neon Wolf to win the Novices Hurdle and Sean Spicer to be sacked in 2017 (20/1). 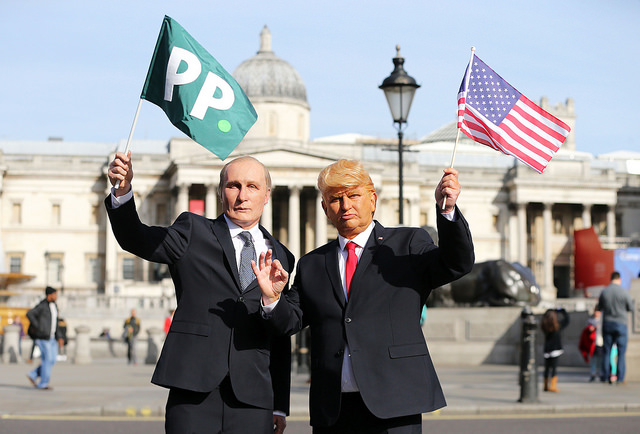 Commuters were left gobsmacked as they spotted Presidents Putin and Trump, who appeared in good spirits along with their faithful steed – reportedly named ‘Trotski’ – ahead of jump racing’s flagship event.

Paddy Power said: “Toffs, rowdy footballers, and now world leaders – horse racing gets all sorts excited. With political punting at an all-time high, Vlad and The Donald seemed more than happy to swap nukes for nags ahead of Cheltenham. We’ve seen a huge surge in political bets since Trump took office and with a big week of horseracing ahead it made perfect sense to offer punters the chance to bet on both.” 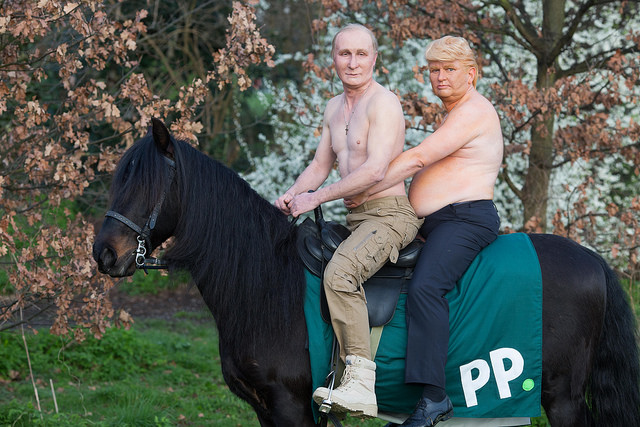 In the era of ‘fake news’, Londoners were left flabbergasted at the sight of Putin and Trump together, with one passer-by commenting: “We’re used to seeing some spectacles in London but I thought I needed a pair when spotting this. It’s not every day that you bump into the two most powerful men on the planet – it certainly set my heart racing.”

The bizarre scene was inspired by the famous photos of Putin taken in 2009, which saw the President riding shirtless in Siberia’s Tuva region. The image went viral and has become one of the internet’s most shared memes. 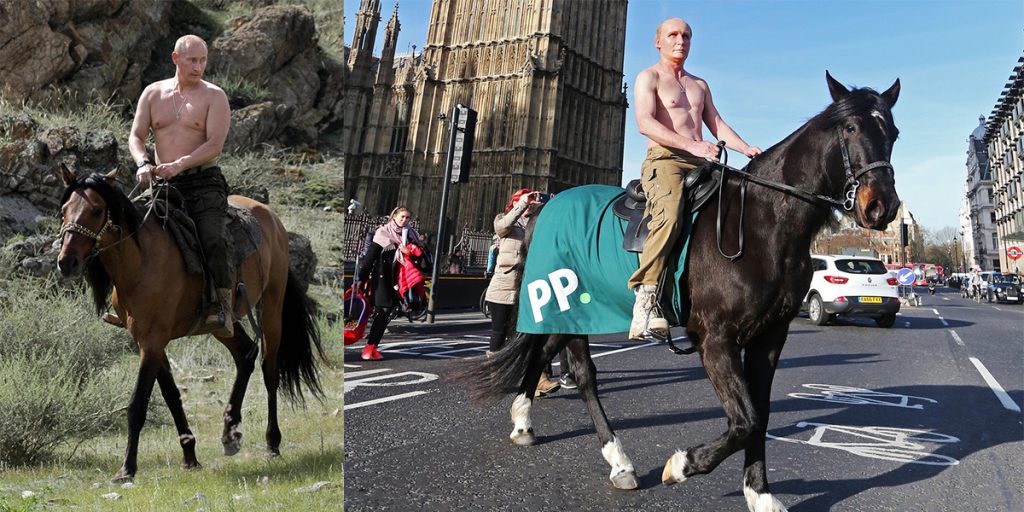 Actors Karl Greenwood and Doug Devaney spent more than six hours being made up with prosthetics by a team of Hollywood special effect artists to be transformed into the controversial Presidents.