Mail Online reports ‘The two statuettes in the cabin on the flight were the very ones which will be handed out for best picture at this year’s awards on February 26 in Hollywood.’ Meanwhile over here in the UK.. more film gong shenanigans;

Metro reports that preparations are now well under way for Sunday’s Bafta awards ceremony. Pictures have been released of the trophies and frocks being ‘ushered inside London’s Savoy Hotel for safe-keeping’. 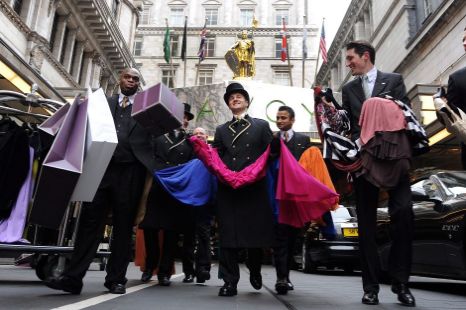 Via: MSNBC and others