For their next trick Audi will make their ‘billboards’ disappear..!

To promote their new h-tron engine technology, which only emits water vapour, Audi, as part of an innovative new campaign, has created a billboard made entirely out of steam.

According to Creativity Online, Audi teamed up with German Agency Thjnk to stage this ‘carbon footprintless’ stunt, which was conducted at nightime in busy city areas for maximum impact. 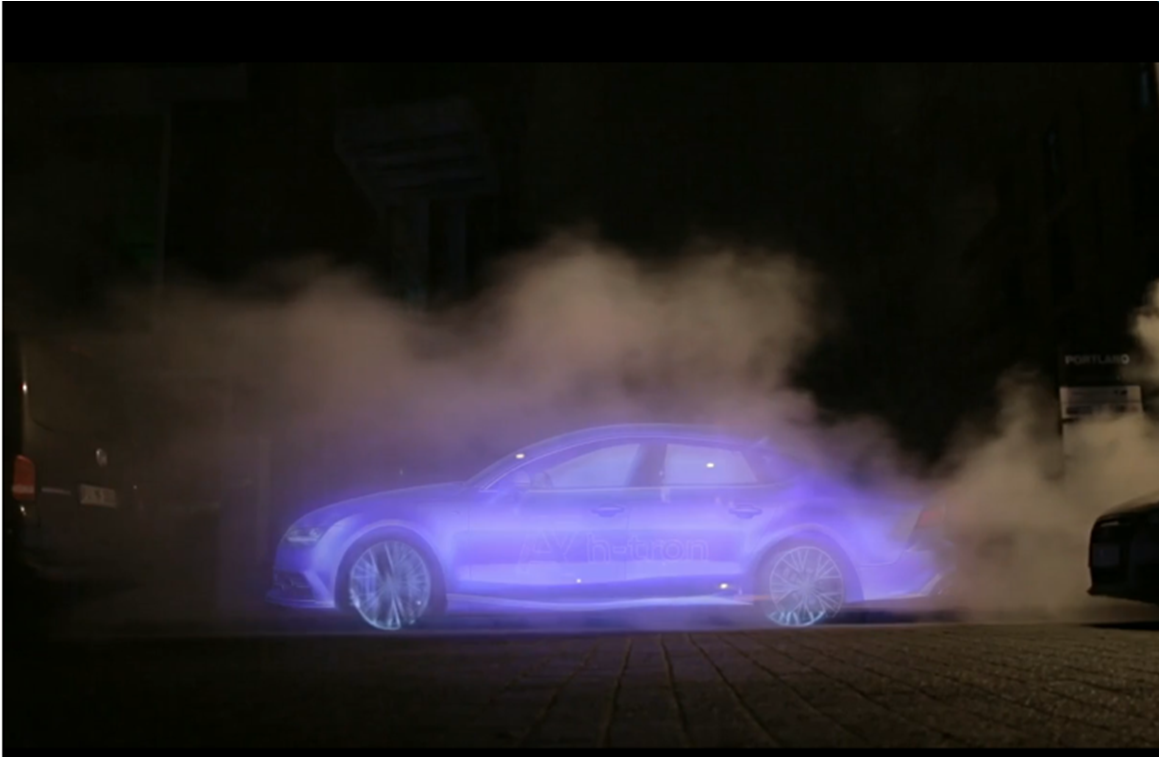 The ghostly form of the car appears as if by magic and glows with ethereal brilliance before dissipating harmlessly into the atmosphere.

Like the h-tron engine itself, the only lasting impression this environmentally friendly advert leaves behind is on the minds of its audience, as it is formed entirely out of water vapour.